Ahmed Galal joined CIGI’s former International Board of Governors in 2003, and now serves on CIGI’s Board of Directors. Currently, he is managing director of the Economic Research Forum. Ahmed served as Egypt’s finance minister between July 2013 and March 2014. 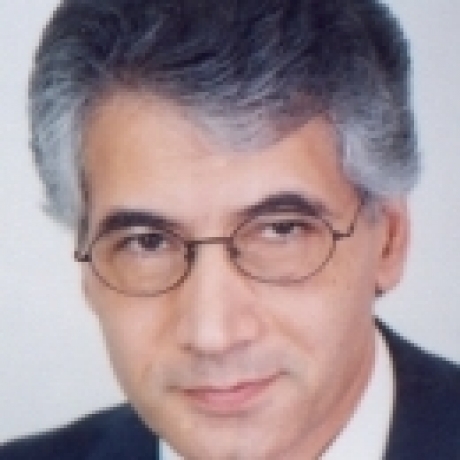 Ahmed Galal joined CIGI’s former International Board of Governors in 2003, and now serves on CIGI’s Board of Directors. Currently, he is managing director of the Economic Research Forum. Ahmed served as Egypt’s finance minister between July 2013 and March 2014. He was executive director and director of research of the Egyptian Center for Economic Studies (ECES) between 2000 and 2006, as well as earlier, in 1996 and 1997, while on leave from the World Bank. His contributions helped to shape the character of ECES as a credible and objective voice for change in Egypt.

Ahmed has been on the staff of the World Bank since 1984. During this long tenure, he has served as an industrial economist in the regions of Europe and the Middle East and North Africa (MENA); as senior and then principal economist at the research arm of the Bank; and as the economic adviser in the private sector development department. His work has combined research on a range of issues with the formulation of policy advice to several countries in Latin America, the Middle East, Asia and Europe.

Ahmed’s work has been published extensively, on topics such as the privatization and regulation of monopolies, international trade, monetary and fiscal policies, and education. He has led or collaborated on many well-known World Bank publications, including Welfare Consequences of Selling Public Enterprises, Bureaucrats in Business, Arab Economic Integration between Hope and Reality, The Road Not Traveled: Education Reform in the MENA Region and The Middle East Economies in Times of Transition. Ahmed has also published numerous journal articles and book chapters. Concerned with public discourse, he writes occasionally in newspapers and magazines, both in English and in Arabic.

An Egyptian national, Ahmed holds a Ph.D. in economics from Boston University. His current research interests are inequality, political economy of transition and education.