Too Close To Call? 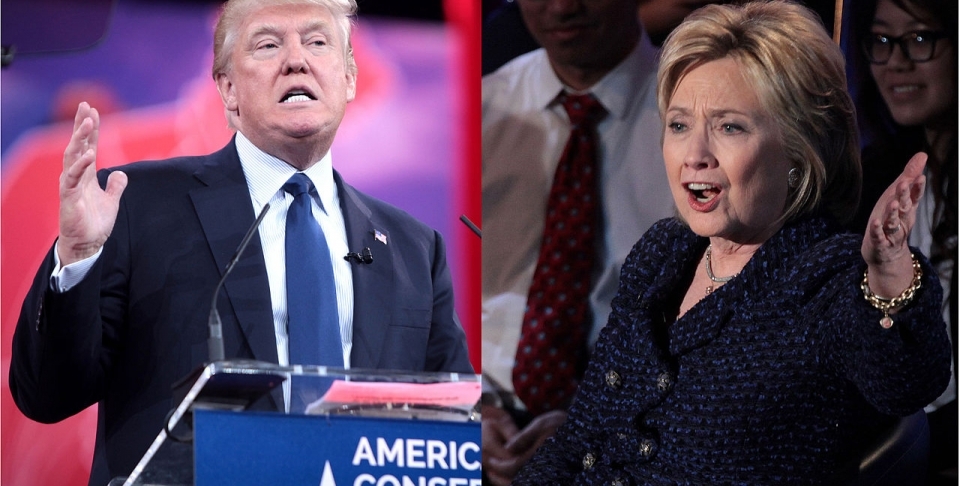 As Tuesday's Presidential election draws near, observers are looking at what lies ahead should there be a Clinton or a Trump presidency. Below, CIGI experts outline what's at stake in the US election in relation to international trade, the global economy, climate change and more.

The interesting subplot lurking beneath the scandal-filled histrionics of the US election campaign is the sudden political enfranchisement of an economically marginalized industrial working class.

Long ignored by the Washington establishment, their plight has become the rallying call for both the left and the right, as evidenced not only by being the centrepiece of Donald Trump’s economic agenda but as well by Bernie Sanders surprisingly strong showing in the race for the Democratic Party nomination.

Even pro-globalization Hilary Clinton will have to tread cautiously when it comes to trade policy. Both the protectionist challenge within her own party, as well as how well Trump’s similar message has resonated among American workers, is a cautionary light on ratifying and implementing new free trade deals like the Trans Pacific Partnership Agreement.

Could a return to the original Canada-US Free Trade Agreement which preceded NAFTA suddenly position key Canadian industries like vehicle assembly and parts inside the tariff wall that a Trump administration pledges to build?

The US election has ushered in a period of uncertainty for the global economy, regardless of the winner.

A Clinton presidency will provide the greatest continuity with the economic policies of President Obama. However, her opposition to the TPP and calls for a Trade Prosecutor to tackle “unfair trade” risks eroding the traditional leadership position of the US on global trade issues. This comes at a time when globalization and trade liberalization are under attack in many quarters. Her calls for increased spending on infrastructure echo calls by the IMF, but their realization will depend on reaching agreement with Congress – a prospect that may be out of reach after such a fractious campaign.

Jacqueline Lopour on the Candidates' Platforms

In the midst of all the rhetoric and scandals, the most obvious difference has nearly been forgotten. This election could produce the first female US President in history. For many Americans, this is far overdue.

It’s too simplistic to say that women support Clinton because of her gender, or in backlash to Donald Trump's misogynistic remarks. Clinton supports equal pay, family leave, and women's reproductive rights. The US currently has zero paid maternity leave.

The difference between the two candidate profiles is also unprecedented. Secretary Clinton is the ultimate Washington insider. Many describe her as the most qualified candidate to ever run for president in history. Her opponent, however, touts himself as the ultimate outsider, and is considered by others to be the least qualified candidate in modern American political history. Trump's appeal reflects the widespread distaste many Americans have for Washington and the current political system.

Donald Trump's candidacy has defied all expectations, possibly including his own. Trump has both said and done things that would have absolutely tanked the chances of past candidates, yet he has emerged stronger than ever among his supporters.

Not to mention the fundamental disregard for fact checking. Most politicians stretch the truth during campaigns; Donald Trump's campaign takes this to levels, and his supporters seem to not care.

The rhetoric of this race has been outrageous. Some of Trump's comments violate the most basic democratic tenets Americans have traditionally held dear. In one debate, he threatened to arrest and jail Secretary Clinton if he becomes president. This is scary autocratic rhetoric you would expect in a third world dictatorship – not in a democracy. His unwillingness to accept the election outcome further goes against a longstanding American political tradition.

While climate change and energy issues have not played a prominent role in the food fight that is the 2016 US Presidential election, they will assuredly loom large in either a Clinton or Trump administration.

Hillary Clinton has declared climate change as “an urgent threat.”

For the United States to meet its Paris Agreement obligations to reduce greenhouse gas emissions by up to 30 percent in 2025 and to cut emissions more than 80 percent by 2050, Clinton has announced a goal of producing a third of the nation’s electricity from renewable sources by 2027 (three years sooner than President Obama’s deadline).

Clinton has also proposed a $30 billion plan to help coal communities, including pension and healthcare support in cases of coal company bankruptcies, and repurpose coal-associated infrastructure to foster economic development.

Donald Trump’s positions on climate and energy are radically different.

He has labeled climate change science a “hoax”, and at times has suggested that it’s a plot of the Chinese to undermine the US economy. He also also vowed to “cancel” the Paris Agreement and has indicated that the Clean Power Plan should be scrapped.

While Mr. Trump initially characterized renewable energy as “losing” propositions, he now advocates development of solar and wind, and biofuels alongside an aggressive effort to revive the coal industry and expand oil production and nuclear power production. He also advocates devoting more federal land, including offshore areas, for oil and gas production.

Finally, Mr. Trump has advocated repealing regulations that he believes unreasonably interfere with expanding energy production in the US, such as the Department of the Interior’s Stream Protection Rule, concerning the impacts of coal production on aquatic environments.

NAFTA is more than 20 years old by now and is in need of being modernized. If Hillary Clinton wins, there might actually be an opportunity for Canada to promote NAFTA’s modernization with elements drawn from the Canada-European Union (EU) Comprehensive Economic and Trade Agreement (CETA) and the now defunct Security and Prosperity Partnership.

A more progressive NAFTA might actually appeal to a President Clinton and Democrat-dominated Senate, should there be one. Such a modernized NAFTA could eventually form the basis of a renewed TPP, which is viewed by many Americans as having geostrategic value in helping to contain China.

EU and the US completing their negotiation of a Trans-Atlantic Trade and Investment Partnership (TTIP) in the foreseeable future is very low at this time. For Canada, this means that for years to come it will be the unique position to have privileged access to the world's two largest economies: Europe and the United States.

As long as the United States does not ratify TPP, the latter cannot enter into force (the other veto player in this case is Japan). This is why the Canadian federal government is in no hurry to ratify the agreement, in spite of pressures from other TPP signatories.

This election has turned conventional wisdom on its head. The Republican nominee is an Ivy-league billionaire who has fashioned himself as the tribune of America’s white working class. He is repudiating free trade – arguably one of the Republican Party’s great successes of the last 25 years.

This election has also exposed the weakness of the Republican Party’s – and the strength of the Democratic Party’s – professional core.

The Republican Party was unable to stop a profoundly unpopular candidate with policy views antithetical to Republican orthodoxy from winning the party’s nomination. The Democrats were able to suppress their own populist insurgency and nominate a political insider.

Whether Trump wins or loses, a fight for the soul of the GOP is likely.

If Clinton loses, Democrats may have to do some soul searching and re-evaluate their relationship with working class whites and frustrated Sanders supporters. If Clinton wins, it will be business as usual at the Democratic National Committee, even if grassroots resentment continues to simmer.

Both candidates offer some challenges for Canada, but Mr. Trump’s are certainly bigger.

He is disdainful of NAFTA, despite the fact that Canada is the most important trade partner for some 35 states. His attitude towards undocumented Mexican immigrants will profoundly harm relations between Washington and Mexico City, which will create headaches for Ottawa. He is either unaware of (or simply does not care about) how and why the US has worked with alliance partners around the world when making decisions about where to deploy the US military and when to go to war.

That being said, a Clinton administration could also pose some challenges. Secretary Clinton has also shown some hostility towards free trade – particularly to the Trans-Pacific Partnership – during the campaign.

The Canadian oil industry should also expect Secretary Clinton to toe President Obama’s line on Keystone XL. Finally, even if Secretary Clinton wins the White House and Democrats take the Senate, the House of Representatives will almost certainly stay under GOP control.

We can therefore expect four years of fighting between the lower house and the executive branch, which will certainly take President Clinton’s attention away from any issues that bubble up in the Canada-US relationship.