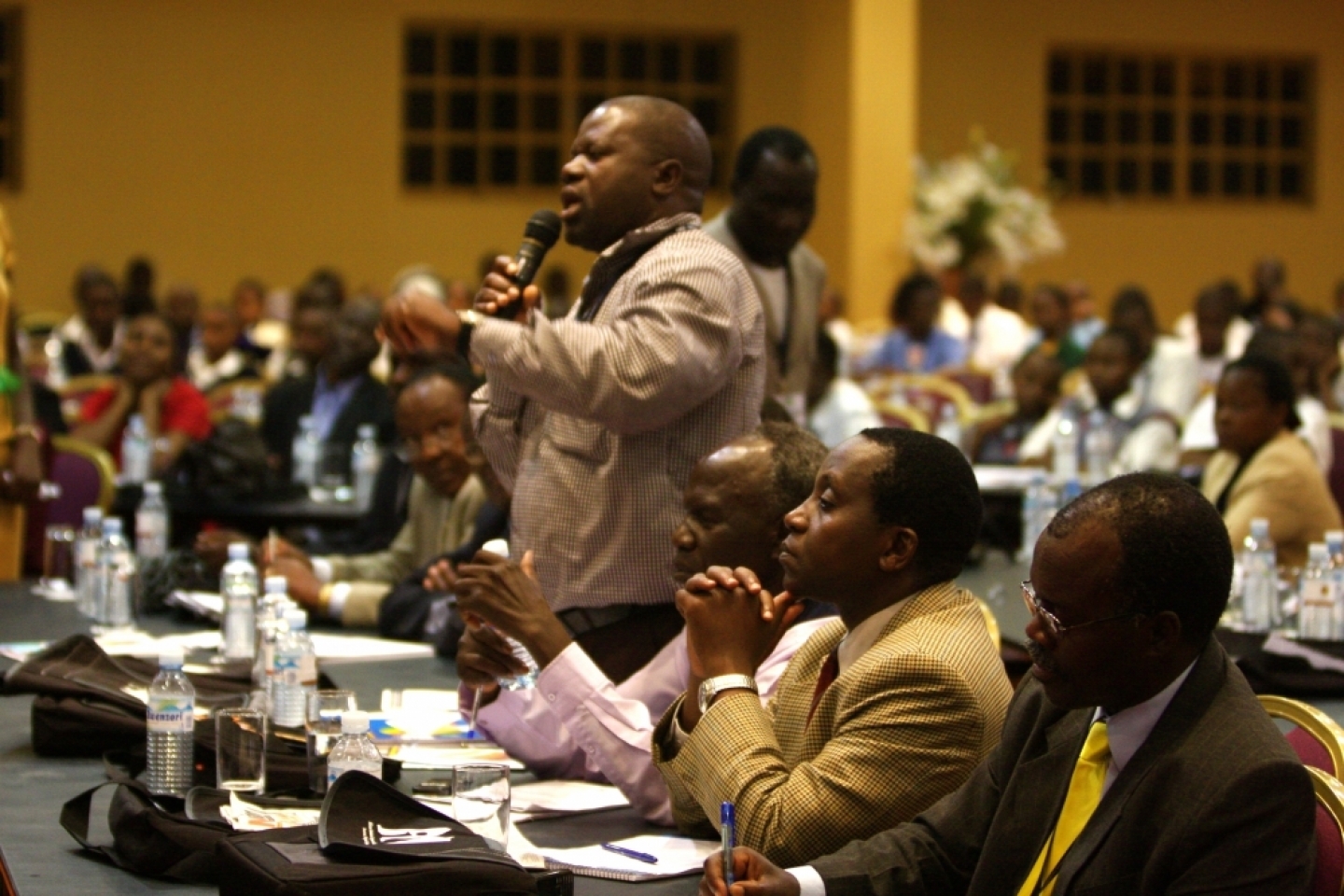 The Congress has brought together government officials, including numerous Chief Administrative Offers (CAOs) from varying districts throughout the country. On the second day of the conference, four break out sessions ensured that delegates from each of the four regions were able to communicate collaboratively to discuss the problems of climate change characteristic of their regions, and find viable solutions. While state-led programming for ensuring that climate change remains at the core of objectives is of the essence, the idea that districts within each of the four regions need to work together to combat problems unique to their areas was raised. The 32.7 million persons living in Uganda are governed by 4 administrative regions, namely the Western, Eastern, Northern, and Central Regions, which are further divided by 80 districts. The country’s topographic ranges from the Sudanese Plain in the north, to mountainous areas including the Ruwenziori Mountains and Mount Elgon, to the water sources of Lake Victoria and the inflow of the Nile River. Consequently, climate change programming needs to be mindful of the diversity throughout the country. Following the individual regional break out sessions, a joint plenary provided all delegates with the summary of regional findings. Although geographical differences cause variances within the regions, a predominant finding was that budget constraints prevent implementation of climate change action plans. The three major solutions expressed to solve the funding dilemma were: 1) Increasing the national environment budget beyond the current less than 3%; 2) Improving district action plans so as to reflect local problems; and 3) Improving capacity building at the district level to improve budget allocation and service delivery.
The opinions expressed in this article/multimedia are those of the author(s) and do not necessarily reflect the views of CIGI or its Board of Directors.