Achieving the Optimal “Policy Mix” for the Bank of Canada 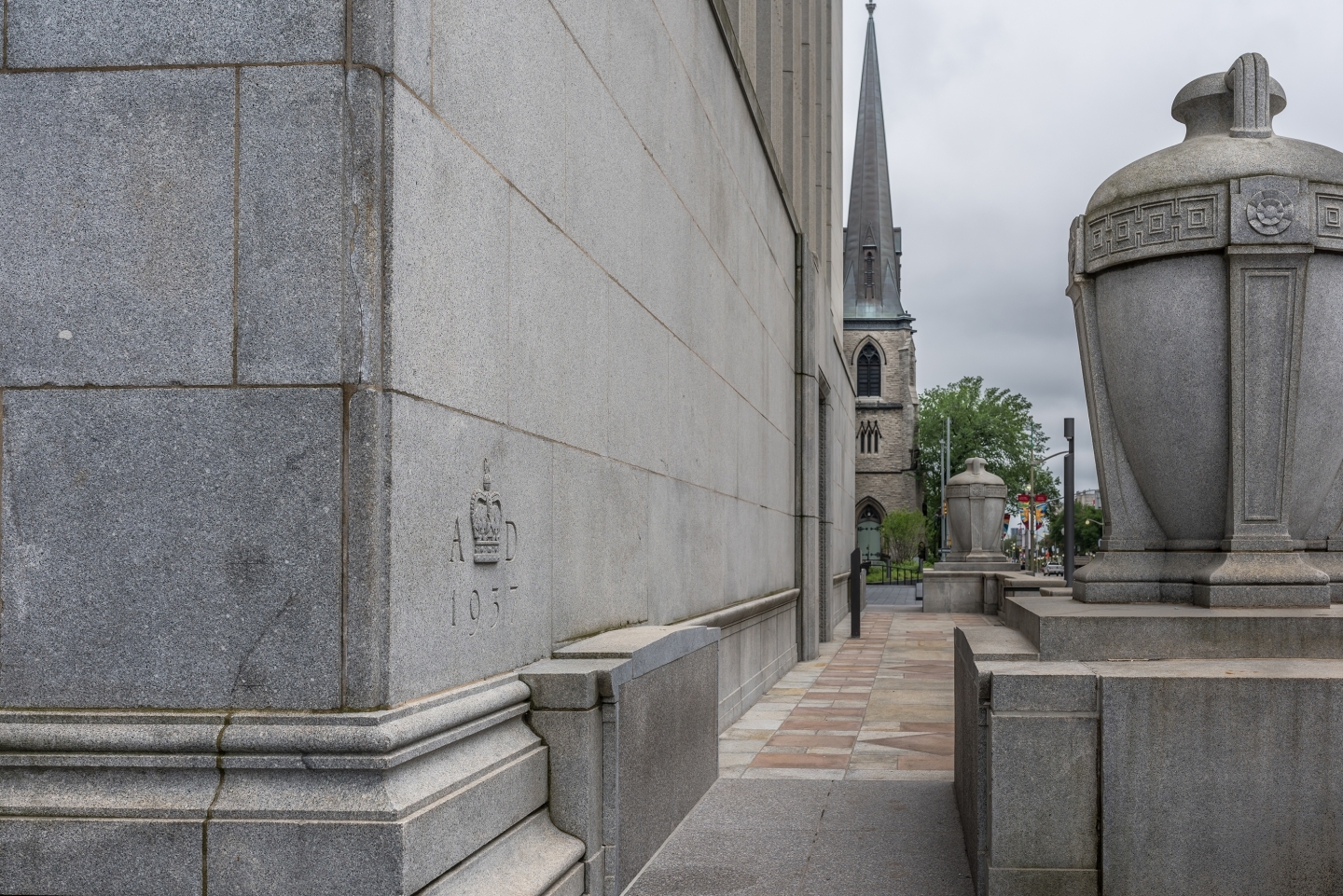 After the 2008 financial crisis, the Bank of Canada was left mostly alone to mop up.

It kept interest rates ultra-low, and then it cut them in 2015 after oil prices crashed. In the meantime, the government of former Prime Minister Stephen Harper rushed to balance the budget, and balked at doing potentially unpopular things that might have curbed Canada’s credit binge.

That experience appears to have left a mark at the central bank. Its leaders keep bringing up the importance of achieving a better “policy mix,” taking the pressure off monetary policy to simultaneously stoke economic growth, deflate housing bubbles and contain inflation.

“Monetary policy can’t do it all,” Carolyn Wilkins, the senior deputy governor, said at the end of a day-long conference on monetary policy at the Bank of Canada’s headquarters in Ottawa on September 14.

You hear that a lot from central bankers.

Wilkins’s comment was a little different, though. She made it while thinking out loud about whether cooperation between central bankers, the fiscal authority and regulators could be made more systematic. Her public musing went something like this: The Bank of Canada has a mandate to control inflation, so why couldn’t that approach be extended to others? And, if that were possible, could a series of mandates for individual departments and agencies be written in a way that would take the pressure off monetary policy?

Central bankers “think about monetary policy framework design as if every other framework is fixed,” Wilkins said. “If you could change the other ones, in terms of the framework, you might get different outcomes, better macroeconomic outcomes, and better outcomes in the longer-term sense.”

What should be made of this?

The context is important. The conference at which Wilkins spoke was an eight-hour brainstorming session on the Bank of Canada’s next mandate, which will be renewed in 2021. That’s a long way off. But the central bank took some heat for doing too little to encourage debate around last year’s renewal. If debate around the 2021 policy mandate is found wanting, it won’t be the central bank’s fault.

So Wilkins’s talk of enlisting other economic policy makers in the Bank of Canada’s mission may go nowhere. The conference was symbolic; the central bank wanted to show that it’s both listening to outsiders and willing to be held accountable. Wilkins told reporters after the event that the institution would use the discussion to help it decide on a research program ahead of 2021. (Disclosure: I participated on a panel on transparency, as did Laurier University’s Pierre Siklos, who also is a CIGI senior fellow.)

Bottom line: nothing has been decided, not even close. But as Wilkins summed up the proceedings, she dropped hints about what she’d like to study if the choice was hers alone.

In her closing remarks, Wilkins talked about communications, and indicated that she was open to making changes that would improve the central bank’s dialogue with the public. She expressed interest in exploring the “costs and benefits” of taking greater advantage of the “flexible” part of the Bank of Canada’s flexible inflation target. She wondered what would happen if policy makers de-emphasized the midpoint of the central bank’s target range for inflation as the bull’s eye for policy, and simply aimed to keep prices advancing at an annual rate of between one percent and three percent.

And she went on at length about the policy mix.

This is delicate territory for a central bank. To understand why, think about the political barriers to updating democratic constitutions: leaders are reluctant to go there out of fear that tinkering might open the door to mischief and unforeseen damage.

Same thing with central banks. They have achieved considerable independence, largely through descriptive mandates to control inflation. The distance helps central bankers do their jobs, as the public needn’t fear that interest rates will follow the electoral cycle. Any talk of cooperating with the fiscal authority risks compromising that independence, and thus dislodging the public’s faith that central bankers will do the right thing.

But the Bank of Canada’s leaders might be willing to risk at least a debate.

Wilkins isn’t the only one keen on the idea of getting a better policy mix.

Governor Stephen Poloz made the intellectual case in a June 2016 discussion paper. Poloz argued that the decision to adopt tighter fiscal policy in 2010 likely forced looser monetary policy, resulting in a credit boom that pushed household debt to record levels. Canada now is one of only three major economies in extreme danger of a financial crisis, according to the early warning system used by the Bank for International Settlements. China and Hong Kong are the others.

“The issues of financial stability and the monetary/fiscal policy mix are intimately related,” Poloz said in his paper, which he delivered at the annual conference of the Canadian Economics Association.

Wilkins moved the discussion beyond financial stability, wondering if mandates could be written that would bind policy makers to keep income inequality from widening, or to take steps to boost potential output.

Again, she was thinking out loud, not expressing a fully formed point of view. But one can imagine why a central banker in 2017 would spend some time thinking about whether there were better ways to make economic policy. Left unsaid by Wilkins: central banks are constantly being criticized for making income inequality worse, or for doing too little to boost economic growth after the crisis. Their credibility has taken a hit, and all for failing to do things that are out of their control. A better policy mix might help protect that credibility, because the public might then recognize that the central bank isn’t the only force behind economic policy.

Now, the big question: Could Ottawa, or a group of elected officials and technocrats anywhere, credibly target macroeconomic outcomes? Poloz approached this question carefully in his 2016 paper and speech.

This comparing of notes likely occurs now, although far from the view of the public.

The leaders of the central bank and various regulators and agencies meet to advise the finance minister on macroprudential policy, yet the committee has no official mandate, and the government’s attempts to deflate housing prices in recent years have been entirely ad hoc. The International Monetary Fund says Canada could do better; it has urged Ottawa for years to create a visible, accountable agency charged with the task of financial stability.

Such a body could operate at arm’s length from government if given a formal mandate, just as the central bank does. It is difficult to imagine an elected government ceding spending power to technocrats, but an empowered parliamentary budget officer could be instructed to review the policy mix as a way of constraining electoral and blindly ideological impulses.

If Wilkins has thoughts on how to mandate an appropriate policy mix, she didn’t share them. That’s fine, given that she and her colleagues still could decide there is nothing to be gained by studying the topic. But don’t count on that.

“The optimal fiscal/monetary policy mix was a really hot topic in journals in the [19]70s and ’80s,” Wilkins said. “It kind of went away because we thought we had the problem solved,” with independent central banks targeting inflation, she said.

The events of the past decade show that that conclusion was premature. The Bank of Canada appears set to pick up where researchers left off a few decades ago. The optimal policy mix is back on the agenda. 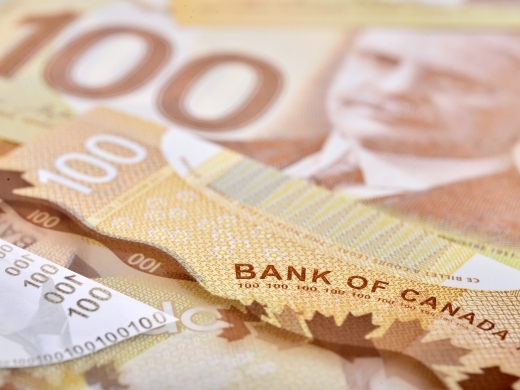 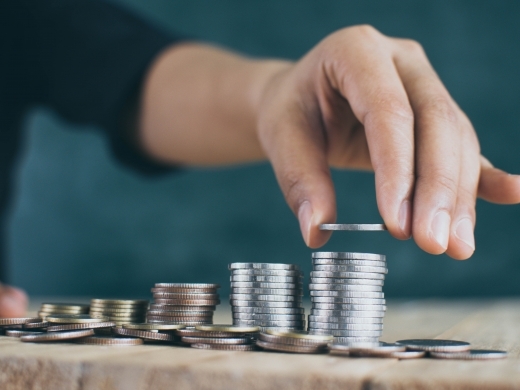