At the fourth (and virtual) meeting of the International Grand Committee (IGC) on Disinformation, policy makers from across the globe met to discuss the current “infodemic” that is undermining public health, social cohesion, and trust in institutions and democracy. IGC members urged the international community to enter into a new cooperative effort, adding their voices to those calling for a “Bretton Woods” for the digital age.

The first Bretton Woods, the meeting of Allied countries in 1944 that created the global financial architecture, was a response to the catastrophic fallout from World War II. The meeting was underpinned by the belief that a stable, global financial system would foster international cooperation and enable peaceful trade. As Taylor Owen and Rohinton P. Medhora noted in a recent article, a modern reboot would provide an opportunity to create a similar institutional framework to manage the world’s digital infrastructure as it recovers from the financial and societal impacts of the current pandemic.

The internet’s history is one of openness and decentralized control, largely supported by a United States-led push for a laissez-faire approach to internet governance. Its proponents believed that an open internet would be an essential building block of a liberal world order, and that any real drive toward global governance would open up the door to repressive regimes looking for justification to clamp down on online freedom (with China’s “great firewall” as the most obvious manifestation). In recent years, however, cracks have formed in that world view, as national, private sector and regional interests push out a wave of rules and structures to limit the spread of ideas or data within and across their borders and to protect their commercial interests, in the absence of international rules. 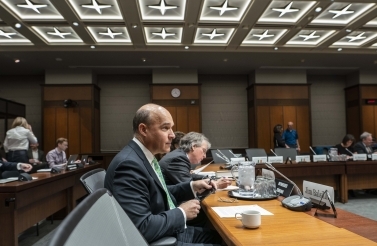 The lack of harmonized governance has, in part, enabled the digital platforms’ market dominance. Their monopolistic approach is further splintering the global internet and undermining the economic and social benefits of the online world. A recent report from the US House Judiciary Committee’s Antitrust Subcommittee found “significant evidence” that digital platforms’ anti-competitive actions result in “less innovation, fewer choices for consumers, and a weakened democracy.” Platforms also wield their enormous power to challenge attempts at individual governments’ action. The Australian media regulator’s requirement that digital platforms pay for Australian media content, for example, led to the threat by Facebook to stop Australians from sharing news on its platforms. Similarly, in response to Ireland’s Data Protection Commission’s insistence that Facebook stop transferring user data to the United States, Facebook threatened to cut Europe off from Facebook’s services.

Addressing this structural vulnerability in our international system requires a new governance approach. The days of relying on digital platform self-regulation and fragmented government actions must come to an end, if we are to preserve the economic and social benefits that emerge from the connecting power of the internet.

As they did in 1944, governments must come together to find common solutions to these problems and ways to refine existing institutions or create new ones that can enable the free flow of data and technology, drive innovation and limit anti-competitive behaviour, as well as protect citizens from harm.

One path forward is to draw inspiration from the Financial Stability Board (FSB), the body set up in response to the light-touch regulation and regulatory lapses that led to the Great Financial Crisis of 2007/2008. In a similar manner, we can regulate the large global digital players through the creation — under the auspices of the Group of Twenty — of a Digital Stability Board (DSB) to deal with the complex global policy issues arising from digital technologies. Much like the work of the FSB, the DSB would coordinate the development of standards, regulations and policies; monitor developments and assess vulnerabilities arising from these technologies; align efforts with other multilaterals; and ensure that civil society and developing countries are represented in the discussions.

The goal would not be to reinvent work already in progress. There are many notable and substantive initiatives across the globe that could be drawn into the DSB, but they are generally not coordinated and, in many cases, have narrow mandates that may not be representative of wider interests. Instead, the goal would be to coordinate efforts and fill in gaps as required.

Bretton Woods was the Allies’ answer to the financial and social shock of the emerging postwar period. It brought decades of financial stability and prosperity to the world economic system. A new Bretton Woods-style agreement, resulting in an international body to stabilize the digital world, is now necessary, to enable the world to meet the promise of the new connected age. 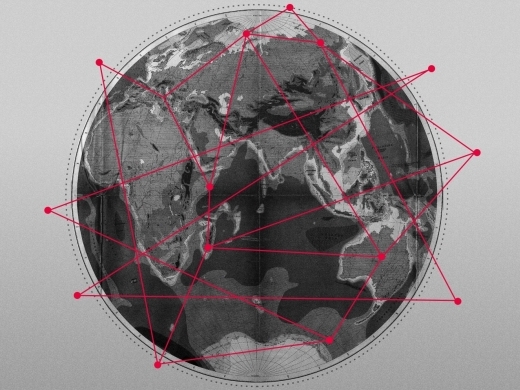