As America Picks a President, Manila Pivots to Beijing 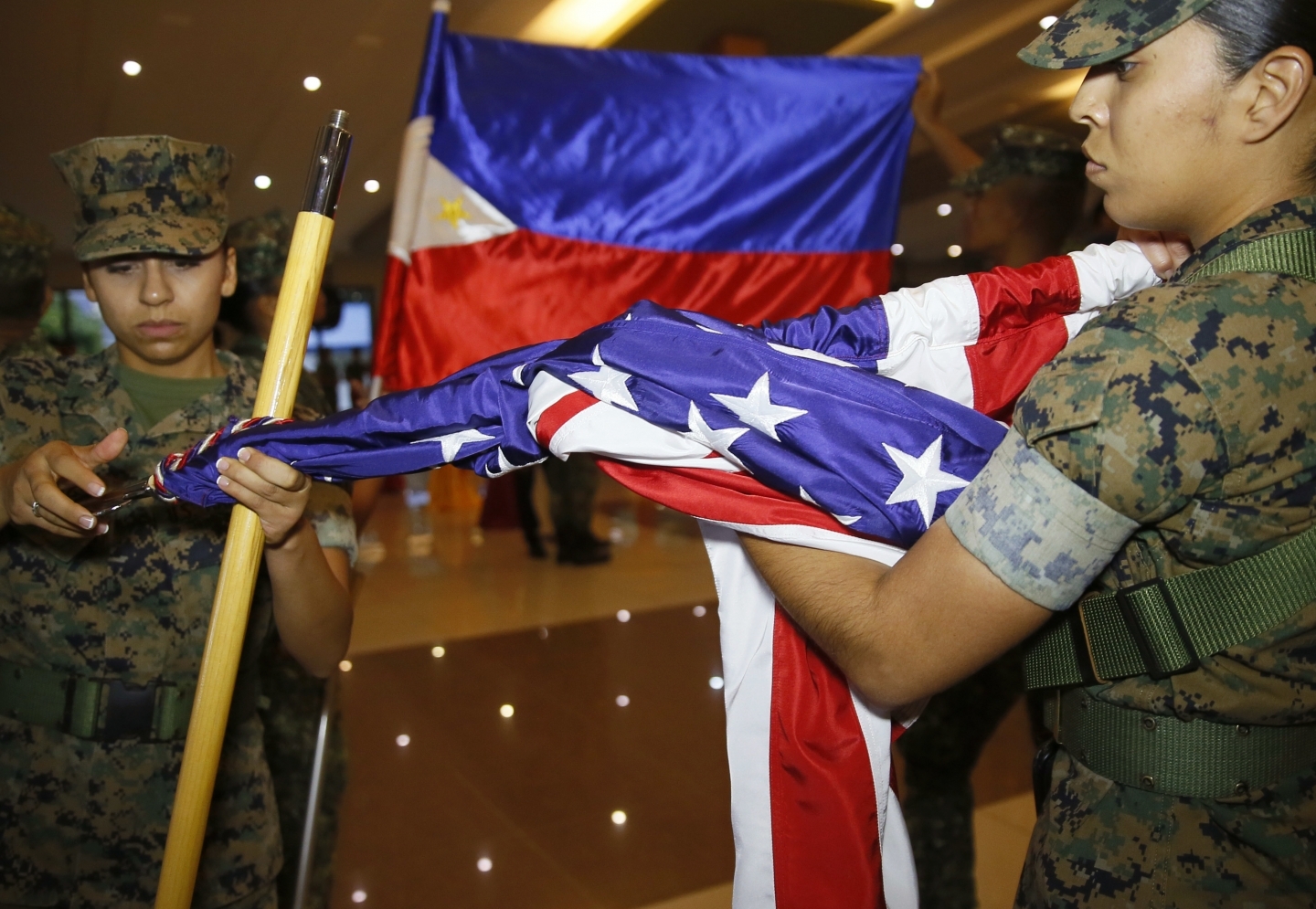 Once the next administration is staffed up, and officials have gotten their feet under the table and turned their attention eastward, they will find they have inherited an in-tray full of hot global security files.

While it may not be at the top of the pile, the new team will in time have to give its attention to a recent surprising turn of events, when Philippines’ President Rodrigo Duterte announced during the middle of the United States’ election campaign his country’s economic and military “separation” from its long time American ally, adding that he would thereafter align with China.

To be sure, a 65-year-old alliance cannot be overturned on a whim, and Filipino officials have been quick to assert that the island nation would not cut ties with the US. Duterte himself said a day later that he was advocating a “separation of foreign policy” rather than cutting relations. But no amount of backtracking from Filipino officials can hide the fact that a realignment is underway, with potentially far-reaching consequences for the region.

The “separation” has been in the making since Duterte’s took office in June of this year. Since then, relations between Manila and Washington have been tense, as the outspoken leader has repeatedly criticized the US while expressing his intent to enhance ties with China. The Filipino leader announced in September that from 2017, his country would no longer hold annual military exercises with the US, citing Chinese concerns. He also announced that American troops would have to leave the Southern island of Mindanao, which has long been plagued by a Muslim insurgency. Overall bilateral cooperation has floundered.

The significance of this reversal cannot be understated, given that the Philippines and the U.S. are treaty allies since 1951, and signed in 2014 an Enhanced Defense Cooperation Agreement that gave the US military access to five Philippines bases. Duterte’s predecessor had aligned closely with the US in their opposition to Chinese actions in the South China Sea, where Beijing’s maritime claims have pitted it against several neighbouring states. The Philippines also played an important role in the American pivot to Asia, as it was a key player in resisting what they perceived as Chinese encroachment on neighbouring states’ maritime domains. Therefore, Duterte’s own pivot puts a major dent in the U.S.’ regional strategy while reinforcing China’s position and vindicating its approach to the South China Sea.

The increasing distance between Washington and Manila has been compounded by a fast rapprochement between Manila and Beijing, with which Duterte has repeatedly stated he wanted better relations. The Filipino president has done little to push China on territorial issues, despite a landmark international ruling in July that invalidated Chinese maritime claims in a case brought by the Philippines in 2012. Duterte and Chinese President Xi Jinping recently agreed to reopen direct talks on the South China Sea, which puts another damper on US hopes for a united front against Beijing in the maritime disputes. There are even talks of a potential bilateral deal on joint energy exploration in the body of water. On the economic front, relations are also noticeably warming up. In his October visit to Beijing, Duterte brought with him around 250 business leaders, resulting in the signature of 13 agreements in various fields.

In the meantime, the US and its allies are looking at the latest developments with much worry and little recourse. The success of the US pivot to Asia depends on reinforcing ties with its allies in Northeast and Southeast Asia, among which the Philippines occupies an important place, given the strategic location of its bases. While Washington maintains steadfast allies such as Japan and South Korea, the realignment of the Philippines deals a blow to America’s strategy. With the US-China rivalry intensifying on several fronts, the Philippines’ shifting foreign policy is a victory for China and its approach, at least in the short term.

Above all, recent developments highlight the fact that despite often competing interests, it is difficult for smaller states to ignore China’s pull. Despite enjoying the active support of the US, these states face pressure from Beijing to heed its interests. This pressure has occasionally been assertive, as illustrated by some of China’s actions in the South China Sea, while at other times it has been subtler, for instance taking the form of economic inducements or unofficial trade restrictions. With growing influence attracting neighbouring states, Beijing may feel emboldened and tempted to assert its interests more forcefully in the South China Sea and beyond, which would create more friction with the US and its allies in the region.

One can hardly blame the Philippines’ president for wanting better ties with his powerful neighbour. Given the size of China’s market and the potential for massive investments in the Philippines’ economy, it wouldn’t be in his country’s interest to maintain contentious relations with China. But such a significant and sudden pivot to China, as we will see in the next few months, may portend turbulent times on the watch of the next administration in Washington.