Amsterdam's Spat with Ankara Tarnishes Both 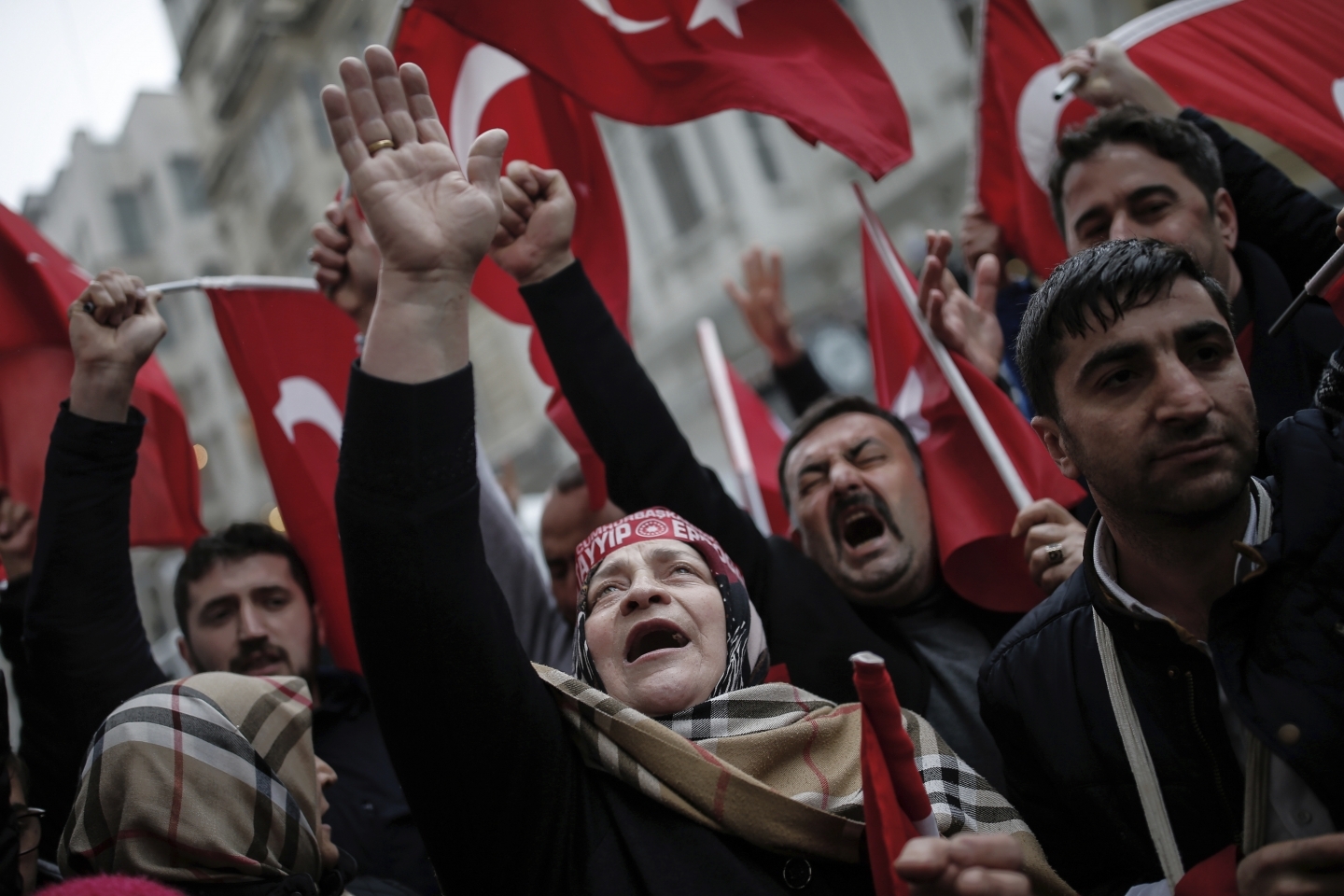 From Turkey’s autocratic President Recep Tayyip Erdogan to the Netherlands’ Islamophobic candidate Geert Wilders, leaders have found countless ways to capitalize on the populist and nationalist surges overtaking their countries. Less than a year ago, these men had difficulty convincing their populations of their platforms. Now these two countries, who 400 years ago exchanged tulips in the spirit of public diplomacy, have emboldened illiberal bases with this week’s diplomatic row.

Mr. Erdogan’s Justice and Development Party (AKP) needs every vote it can get to win a tight April 16 referendum that would consolidate the president’s powers, eliminate the role of the prime minister, bolster presidential oversight of the judiciary and increase the number of parliamentary seats to make it more difficult for smaller parties to thrive. Silent opposition to Mr. Erdogan’s proposed reforms has been gaining steam within Turkey, but support for the President among the relatively conservative Turkish diaspora in Europe has been on the rise.

With more than 1.5 million Turkish voters in Germany and another 400,000 in both the Netherlands and France, the AKP has increasingly courted the diaspora to vote yes in the referendum. With rising Islamophobia in many of these countries and a long history of denying Turks the rights of citizenship in Europe, Mr. Erdogan’s promise to defend their interests against a populist and xenophobic Europe has provided comfort to Turks – hypocritical as it is, coming from a despot.

The Euroscepticism and anti-Islamic platforms of Mr. Wilders and France’s Marine Le Pen, as well as the growing influence of Germany’s right-wing Alternative for Germany party, have multiple generations of European Muslims feeling like the chosen bogeymen for Europe’s contemporary economic decline. Seemingly never accepted as “real” Europeans because of their skin colour, clothing or names, Muslims feel further ostracized by today’s political discourse surrounding issues of identity.

Centrist European parties are watching the rising tide of global and European populism overtake their countries while they try to balance Europe’s liberal democratic traditions of free speech and secularism with the growing security threats coming from the Islamic State as it feeds on and radicalizes Europe’s disenfranchised youth. To defend “European values,” centrist parties are adopting right-wing political discourse to win over discontented voters.

Germany and the Netherlands denying Turkish political leaders the right to rally their diaspora may seem fitting when one considers that Turkey is a country that regularly imprisons journalists, including dual citizens. The autocratic ways of Turkey – once a model of democracy, with a Muslim political party leading the country to economic success – are now simply antithetical to the European liberal value of free speech. Mr. Erdogan calling German and Dutch leaders “Nazis” is beyond offensive to a country that has worked tirelessly to come to terms with its genocidal past and to a country that was once occupied by those murderous fascists. Faced with such insults, centrist European parties will dig in their heels to deny Mr. Erdogan the right to address the Turkish diaspora.

For Dutch and German voters who saw their Muslim populations as fifth columns, this episode has confirmed their perceptions of their illiberal neighbours. For many Turks, whose long battle to be accepted into the European Union has consistently been rebuffed with weak justifications, Mr. Erdogan has exposed the European hypocrisy of championing the Western value of free speech with blatant Islamophobia. Adding insult to injury, Europe’s top court on Tuesday ruled in favour of French and Belgian workplaces that fired Muslim women for wearing head scarves.

Populists and nationalists have already won at the polls in the United States, Hungary, Poland and Britain. Mr. Wilders was never expected to win Wednesday’s Dutch general elections and will likely not be part of any coalition government, but his populist movement will inflict lasting damage on the Netherlands’ political future. With upcoming elections in France and Germany, Mr. Erdogan’s threats of sanctions against the Netherlands and his bellicose speeches will play into the hands of Europe’s xenophobic candidates. With a month to go before the Turkish referendum, Mr. Erdogan will keep up his verbal attacks against European leaders to rile his nationalist voters at home and abroad. The liberal democratic world is again left worse off, thanks in part to this tulip crisis.