Are we prepared for ‘Frankenplanet’? 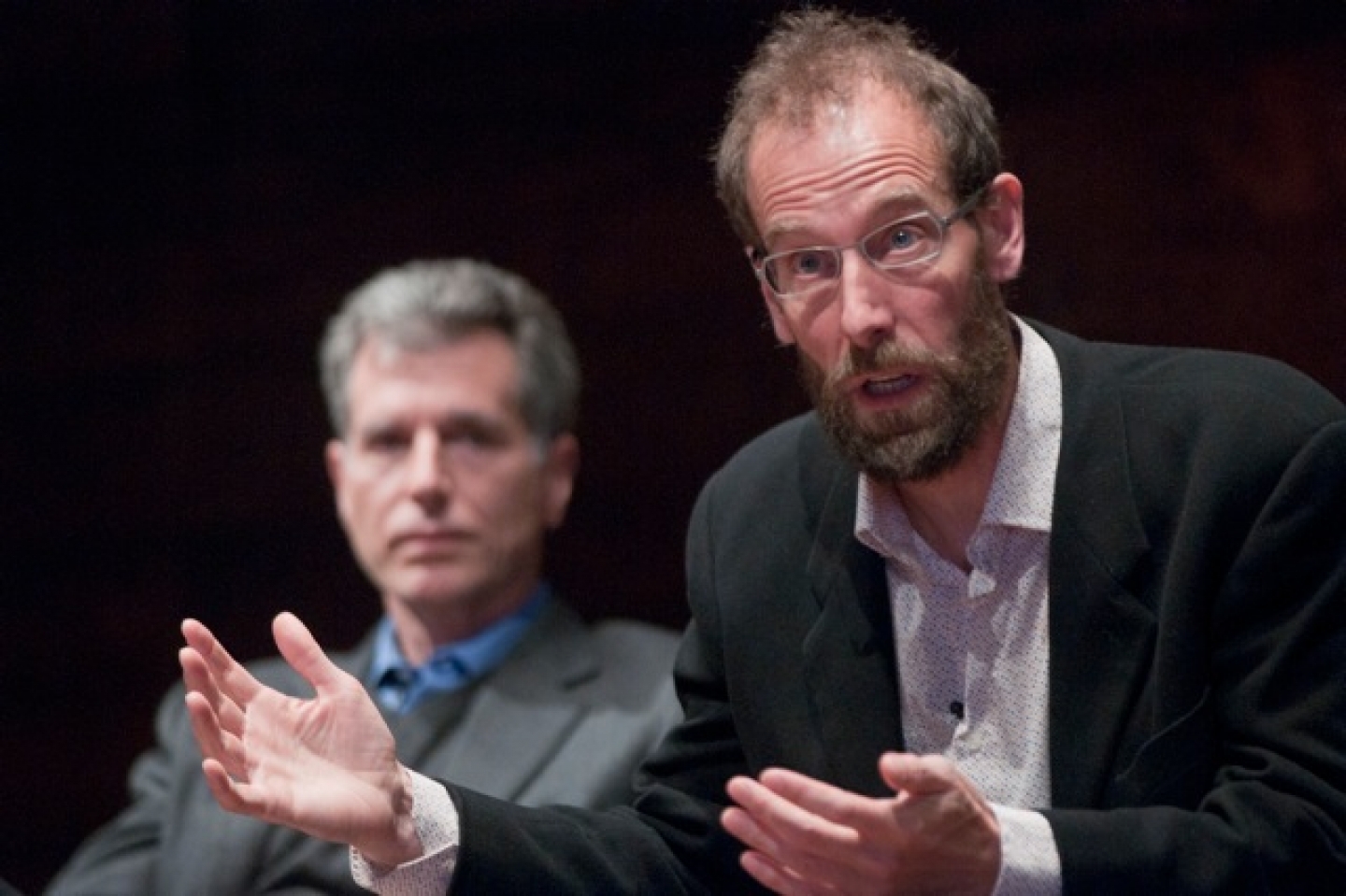 David Keith, a renowned author, professor and international commentator on climate geoengineering visited the CIGI campus to speak on, “A Case for Climate Geoengineering.” As the title suggested, Keith argued that a ‘technofix’ may be the most effective response to reducing climate change. Recognizing that some critics see this kind of intervention as a movement toward a ‘Frankenplanet’, he suggested that one solar engineering model stands above the rest: emitting sulphuric acid droplets in the stratosphere to reflect the sun away from Earth.

While this quick fix could be debated morally, Keith explained that sulphuric acid would undoubtedly decrease climate change. This geoengineered solution, however, presents other considerations:

1)      It is not a pretty fix. Keith noted that putting one pollutant into the air to “partially compensate away the bad effects of another,” was an “ugly” way to deal with the issue. He admitted, “we would be messing with the planet on a very large scale.”

2)      It is not a standalone fix; emissions still need to be cut. Keith agreed with his critics that climate engineering addresses the symptom rather than the root problem. “It is not a substitute for cutting emissions,” said Keith. “In the long run, if you do not stop emitting carbon dioxide, you bring this planet further and further from a stable equilibrium…no amount of solar engineering will solve this problem.” This point was reiterated throughout his lecture.

3)      Legislation is necessary. It was noted that compared to the cost of other major efforts to counteract climate change, the cost of releasing sulphur into the atmosphere is “practically zero.” Keith elaborated that, “any country with money is in the position to alter the world’s climate radically…and fast.” The reality of “cheap” climate geoengineering brings about the necessity for multilateral governance. “There are all sorts of ways that the outcomes could be horrific.” An international free-for-all presents far too many risks.

Taking these points into consideration, along with the fact that scientists cannot predict all of the side effects likely to accompany the implementation of geoengineering, we must ask ourselves: is the promise of a decrease in climate change enough to adopt the “frankenplanet”? Or at this point, do the risks still outweigh this potentially quick and easy ‘solution’?