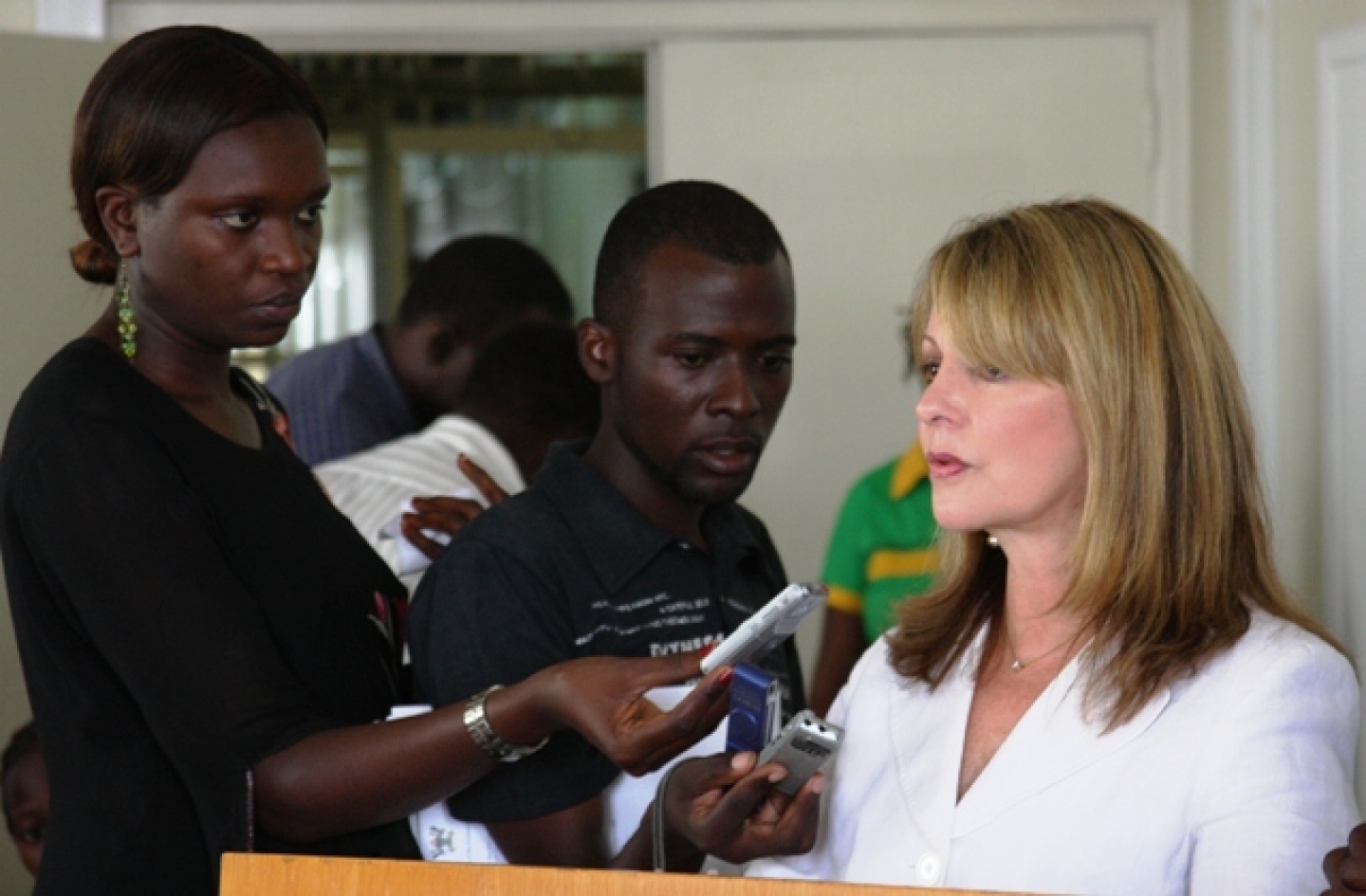 This concluding blog has been kindly submitted by Dr. Irene Sage, Associate Director of the African Initiative. African Initiative objectives are to raise awareness on climate change in Africa and to build leadership capacity to respond to these challenges. These efforts are undertaken with the goal of affecting policy. These objectives can only be achieved if we engage as broad a representation of society as possible. The inclusion of the leaders of Uganda's 80 districts has allowed us to take the message of this Congress to every corner of the country. We also wanted to develop mechanisms whereby we could inform and mobilize the youth of Uganda. Sensitization to the climate change issue began months earlier with the launch of a national essay-writing contest. This contest was conducted at both the secondary and post-secondary levels across Uganda. The African Initiative committee reviewed all submissions and the finalists were presented with stunning trophies and certificates of achievement at our Gala Dinner. Nothing, however, has captured the imagination of all participants more than the inclusion of 300 secondary and university students at the Congress. The inclusion of these students as full participants was both surprising and welcome by all. They were well-prepared and highly-motivated. In fact, they very nearly dominated some question periods. Their questions challenged our speakers and enriched the entire discussion. These young peep obviously see the importance of climate change to their future and want their voices to be heard. They know that the sooner they become involved in pushing for adaptation strategies, the better. One delegate leaving the hall at the end of the first day said that he has attended countless meetings on climate change but has never seen anyone attempt to "mainstream" youth in these discussions. He added that after this Congress, it will be very hard to keep them down! I am certain he is right. I am equally certain that the inclusion of students at this Congress represents a major step forward in building the leadership capacity of Uganda in the years to come.
The opinions expressed in this article/multimedia are those of the author(s) and do not necessarily reflect the views of CIGI or its Board of Directors.