Budgets Are Built on Priorities, Not Promises

Spin aside, some budgets are noteworthy — for their successes and shortcomings alike 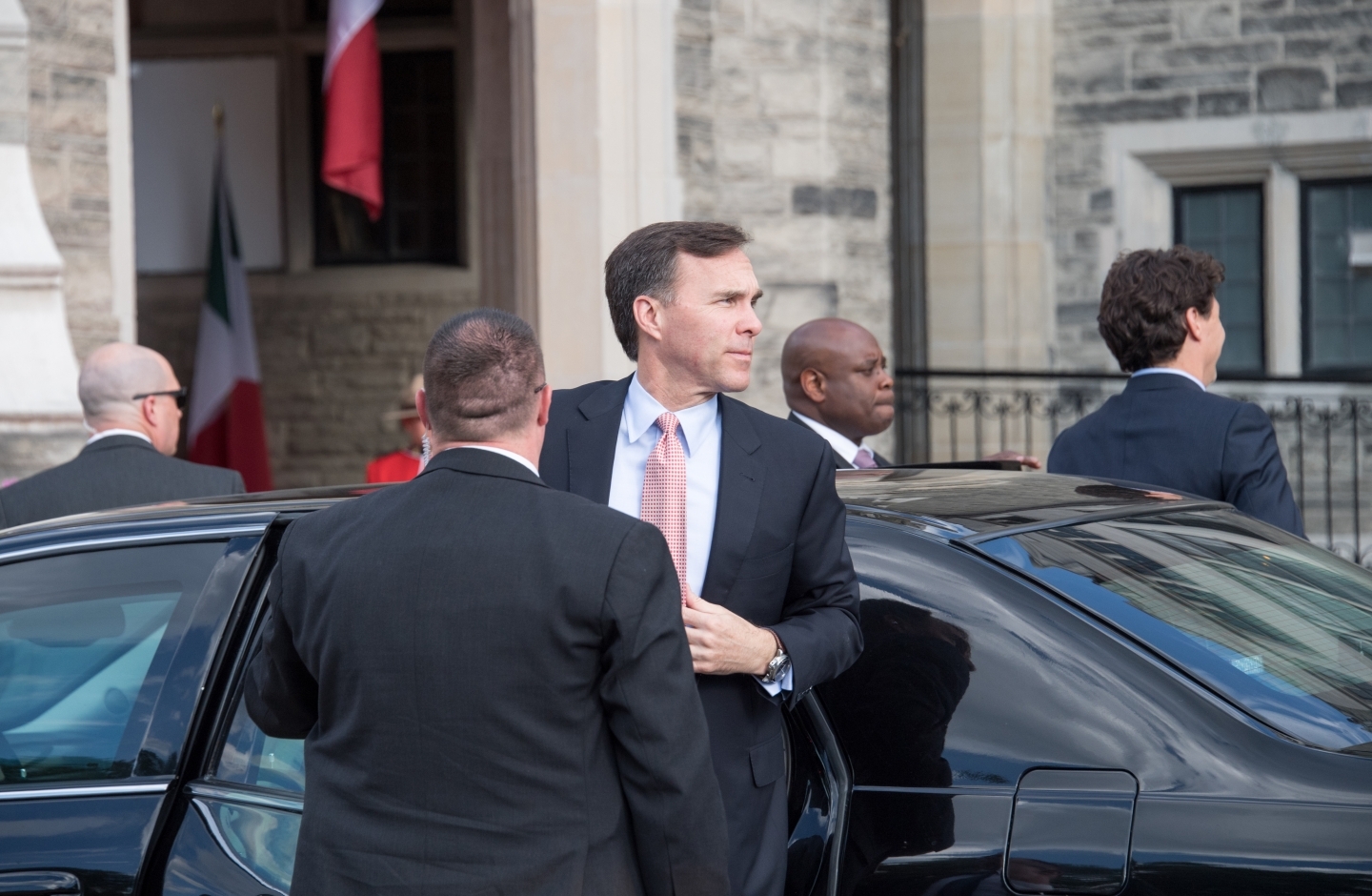 Budget day in Canada is traditionally full of fanfare. Network anchors trek to Ottawa for their evening broadcasts. Journalists and economic commentators are sequestered in a secure location — the “lock-up,” to those familiar with budget day lingo — to be briefed by Department of Finance officials and to read the budget documents before their public release.

The government’s public relations machine is put into high gear, spinning out narratives of why budget initiatives are truly transformative. And opposition parties do their best to counter the government’s “spin” by pointing out actions that fail to match commitments made in Parliament or on the campaign trail. For those involved, the day is high drama.

Everyone has their role to play, and the various actors — journalists, officials and politicians — dutifully perform. When the day is over, the network anchors pack up; officials, too, retire to their homes, exhausted after untold hours of overtime and weekends sacrificed over the previous two months. The next day, the officials will start work on legislation to implement budget measures, and politicians will be preparing for the parliamentary battles ahead.

Spin aside, some budgets are noteworthy — for their successes and shortcomings alike.

The Harper government’s January 2009 budget is an example. The budget followed the remarkably ill-timed and ill-considered 2008 fall update, which pursued a “small c” conservative agenda of fiscal probity and sound management. To be sure, these are admirable objectives in normal times. The problem was that the times were anything but normal. The US financial system was in the process of freezing up as the infection in the sub-prime mortgage market spread, contagion-like, from market to market, institution to institution and country to country.

The 2008 fall update was predicated on the mistaken belief that, because Canada didn’t experience the same kind of financial dysfunction then evident in the United States and the United Kingdom, the Canadian economy would be spared disruption. In the autumn of 2008, the facade of stability was shattered as global output, employment and trade were all in free fall in the wake of the Lehman Brothers bankruptcy.

By early 2009, the scales had fallen; it was clear that when economies are linked through trade and finance, no country remains untouched. The threat of another Great Depression felt imminent. The January 2009 budget wisely reversed course and implemented measures to combat the recession that was sweeping through the global economy. It included fiscal stimulus that increased the deficit and raised the debt, consistent with Keynesian counter-cyclical stabilization policy. “The boom, not the bust,” Keynes said, “is the time for austerity at the Treasury.”

In the 1990s, Jean Chrétien’s government brought down a series of budgets that laid the foundations for long-term growth and prosperity. Under the leadership of Finance Minister Paul Martin, a framework for credible deficit reduction was introduced. Combined with a growing economy, the framework reduced the debt-to-GDP ratio faster than most commentators probably thought possible.

Martin also implemented reforms to assure the sustainability of the Canada Pension Plan (CPP) — something that Canada’s American neighbours have yet to implement. And even more remarkable, the Chrétien-Martin reforms were a joint federal-provincial-territorial initiative, given the shared stewardship of the CPP.

By acting before demographic pressures were significant factors, the Canadian pension reforms placed the system on a path that was sustainable with only relatively small tweaks. In contrast, 20 years of inaction in the United States have made the task of “entitlement reform” much greater. Moreover, recent tax cuts and plans for reckless spending add to the risk of a fiscal reckoning in their future. Republicans, it seems, have inverted this Keynesian maxim, calling for fiscal excess instead of austerity in boom times.

The Chrétien-Martin team also brought in budgets that have helped Canadians adjust to the shocks and shifts in the global economy. Recognizing that open markets expose Canadian workers to potential job loss, Martin budgets introduced measures for life-long learning and retraining. As growing inequality’s impact on social mobility became a focus, the 1998 budget introduced a grant to ensure that higher education, and the associated opportunities for advancement, would be open to all Canadians.

They are relatively innocuous affairs, falling short of the hype that precedes them. That’s not to say that budget day is unimportant, though. Far from it.

In part, budget day in Canada is significant because a majority government can implement the measures it announces. This contrasts with the US budget process, which holds remarkable likeness to a giant game of Let’s Make a Deal. There, the budget (or, more likely, a continuing resolution) is the outcome of negotiations within Congress and between Congress and the White House.

The fact that Canadian budgets — drafted behind closed doors, rather than in the transparent glare of Congressional committees — often include tax and other measures that can affect financial markets makes budget security necessary. The lock-up-style release of the budget, though dramatic, is a testament to the integrity and dedication of Department of Finance officials. There have been surprisingly few cases of a breach of budget secrecy and, truth be told, most lapses occur at the political level, as anxious ministers and their staffs get a jump on conditioning expectations and shaping the media’s coverage.

All Budgets Are Telling

Secrecy and theatre aside, budget day is a big deal for one very simple, but very important, reason: the budget is where priorities are clearly identified and funded.

Prime ministers have a proclivity for making promises — in their electoral platforms, on the campaign trail and, once in office, in town hall meetings or the heat of parliamentary exchanges. Prime Minister Justin Trudeau is no different.

Ideally, the budget is where these promises move from being words to becoming actions. That’s not always the case, but seemingly unaligned budgets have value, too. Budget day will always separate the government’s priorities from its political commitments. 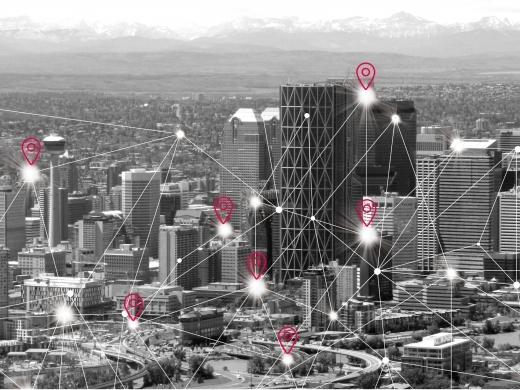 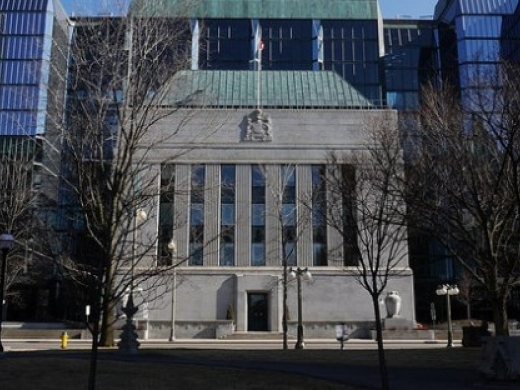 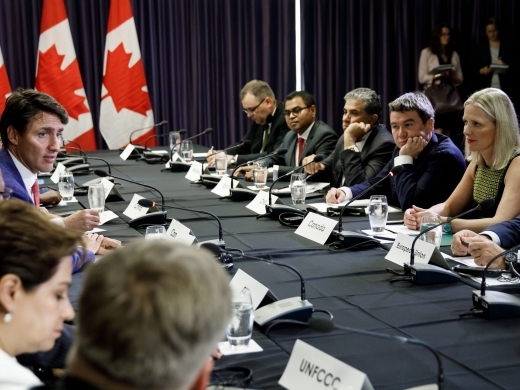