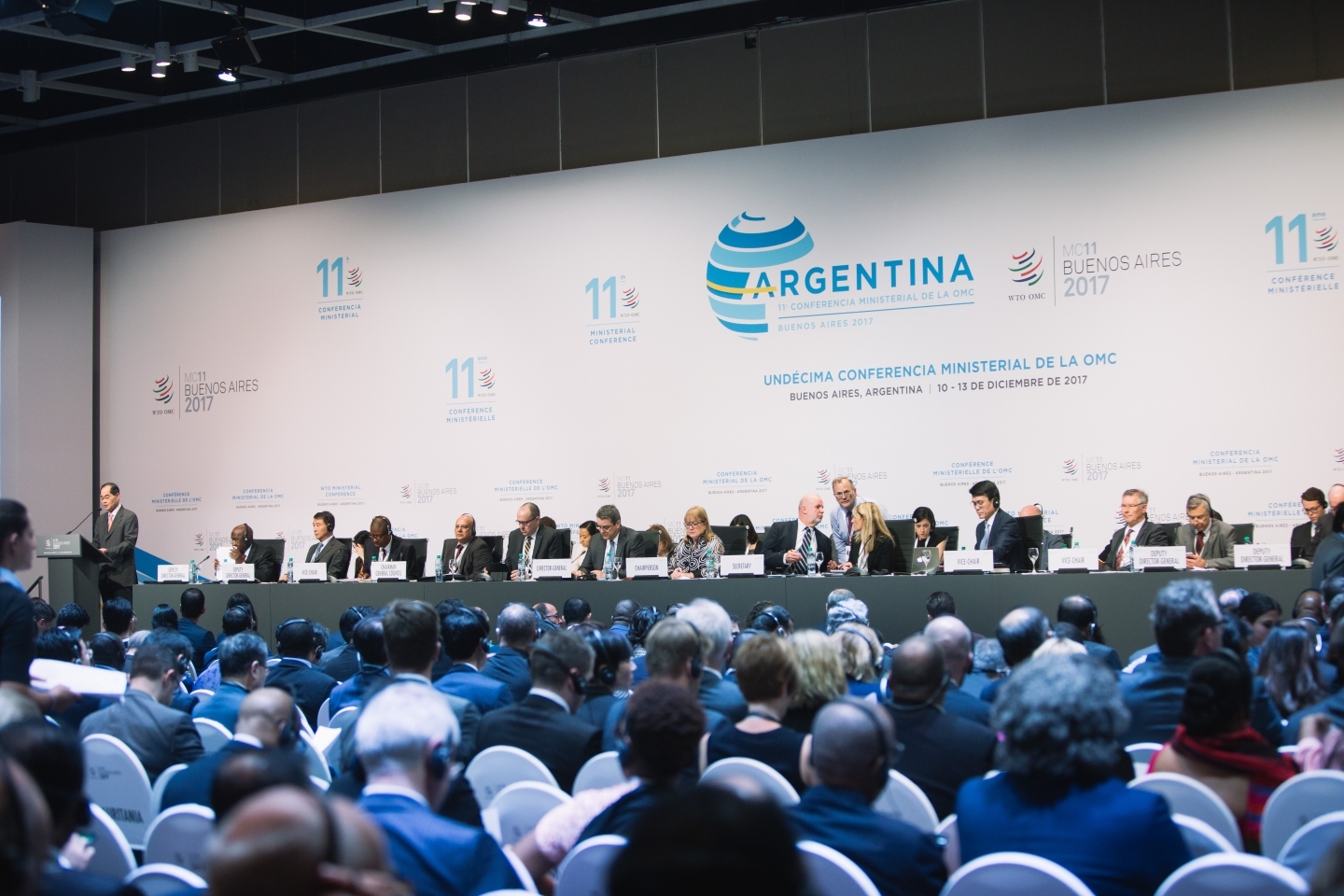 On March 8, 2018 — International Women’s Day — the World Trade Organization (WTO) held an event on “Delivering Opportunities for Women,” which addressed, among other topics, “women’s empowerment at work in the WTO.”

Since its creation in 1995, the WTO has become increasingly aware of the need to work toward gender parity within its own organization. Women make up less than 28 percent of professional staff at the WTO and are underrepresented in senior management positions. In 2017, there were 27 director-level (or above) positions at the WTO Secretariat, of which only four were filled by women. The data shows that men apply more often than women for professional vacancies at the WTO.

According to Christian Dahoui, director, Human Resources Division at the WTO, only 23.7 percent of applications for the three WTO director positions in 2017 were from women. An article published in the Harvard Business Review states that “men apply for a job when they meet only 60% of the qualifications, but women apply only if they meet 100% of them.” It is interesting that, in the end, the number of appointments for professional positions is relatively equally divided between men and women, even though there is a discrepancy in the applications received from the two groups.

The participation level of women in WTO dispute settlement is still quite low. There are usually three panellists on a panel. As of March 31, 2018, (not including ongoing panels), there have been 663 panellists, of which 103 were women and 560 were men. Since the creation of the Appellate Body, there have been 25 members (adjudicators), of which five were women.

The level of participation of women in WTO councils, committees and other bodies is also quite low:

That said, the WTO is taking further steps to advance the consideration of gender in various trade fora.

In addition to these steps, the WTO organizes the Public Forum. This is the WTO’s largest annual outreach event, which provides a platform for participants to discuss the latest developments in world trade and to propose ways of enhancing the multilateral trading system. I was the president of Geneva Women in International Trade (GWIT) in 2003. That year, GWIT, with the support of the Government of Canada and the Women Ambassadors in Geneva, sponsored the first formal session on gender and trade at the Public Forum. WTO Director-General Supachai Panitchpakdi made opening remarks at the session, which addressed issues such as how women are affected by, and contribute to, world trade.

The session was intended to shift the WTO’s attention toward the significant contributions women make in international trade, as well as to highlight the impact of trade liberalization on women. Practical steps that were suggested at the GWIT session included the consideration of a gender component during the WTO’s trade policy review process, the development of an active policy that considers female applicants in WTO hiring decisions and the integration of gender concerns in training courses offered by the WTO.

Fifteen years after this groundbreaking session on gender and trade, the WTO is undertaking some steps to enhance the participation of women in the WTO.