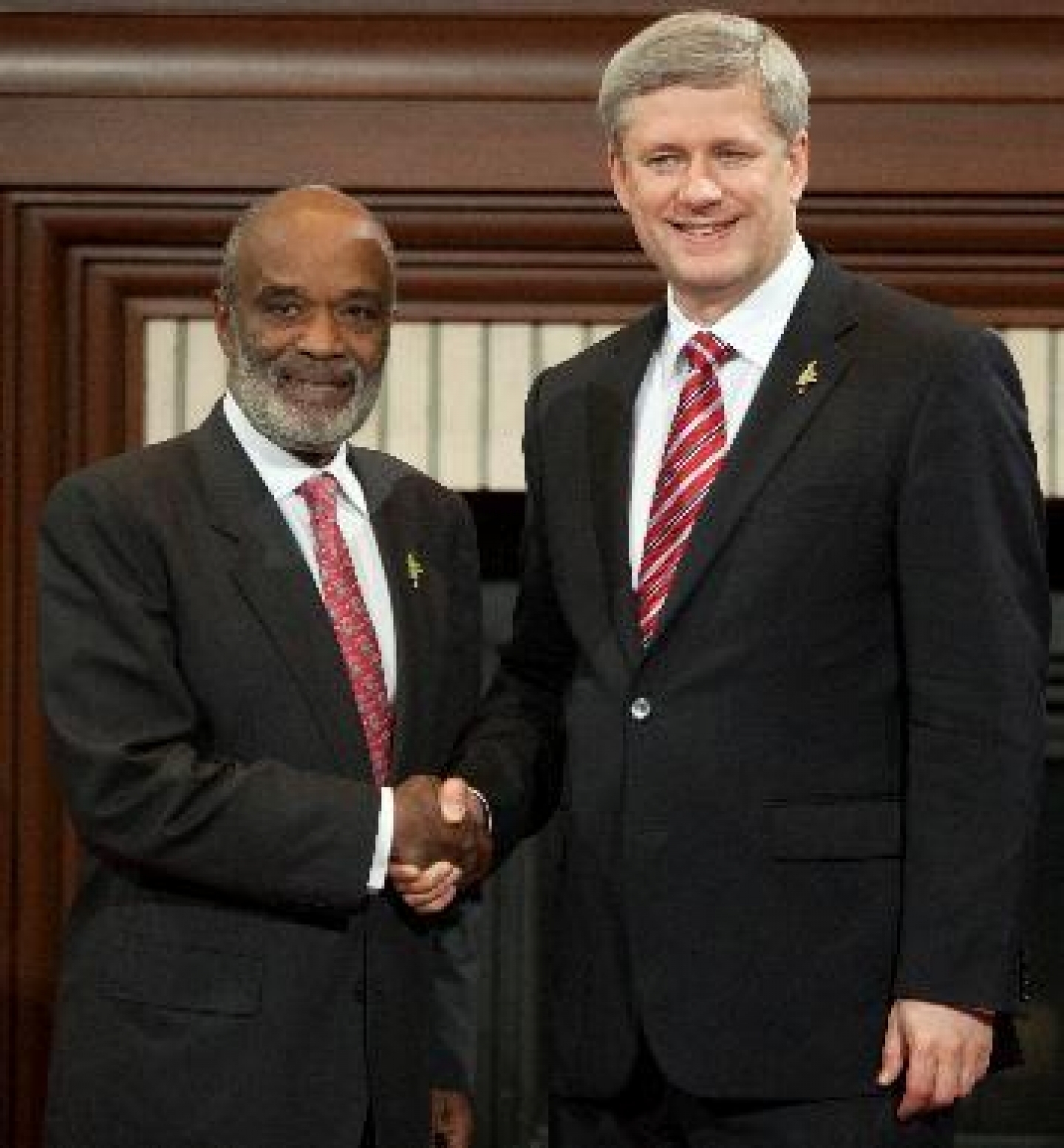 HUNTSVILLE, ONTARIO – Prime Minister Stephen Harper today announced that Canada has paid off its share of Haiti’s debt to the Inter-American Development Bank and the International Fund for Agricultural Development.  Canada is the first country to make all of the payments required to cancel the debt Haiti owes to all international financial institutions.

“Two weeks after the tragic earthquake in Haiti, Canada called for the full cancellation of the debt owed by Haiti to international organizations like the World Bank and the International Monetary Fund,” said Prime Minister Harper.  “With today’s announcement, Canada has fully honoured its international pledge to the people of Haiti, and we urge others to follow this example at the G-20 Leaders’ Summit this weekend.”

Since the earthquake struck Haiti in January 2010, Canada has played a leading role in the global response by providing significant humanitarian and reconstruction assistance. Forgiving debt owed by Haiti has been a critical part of this effort.