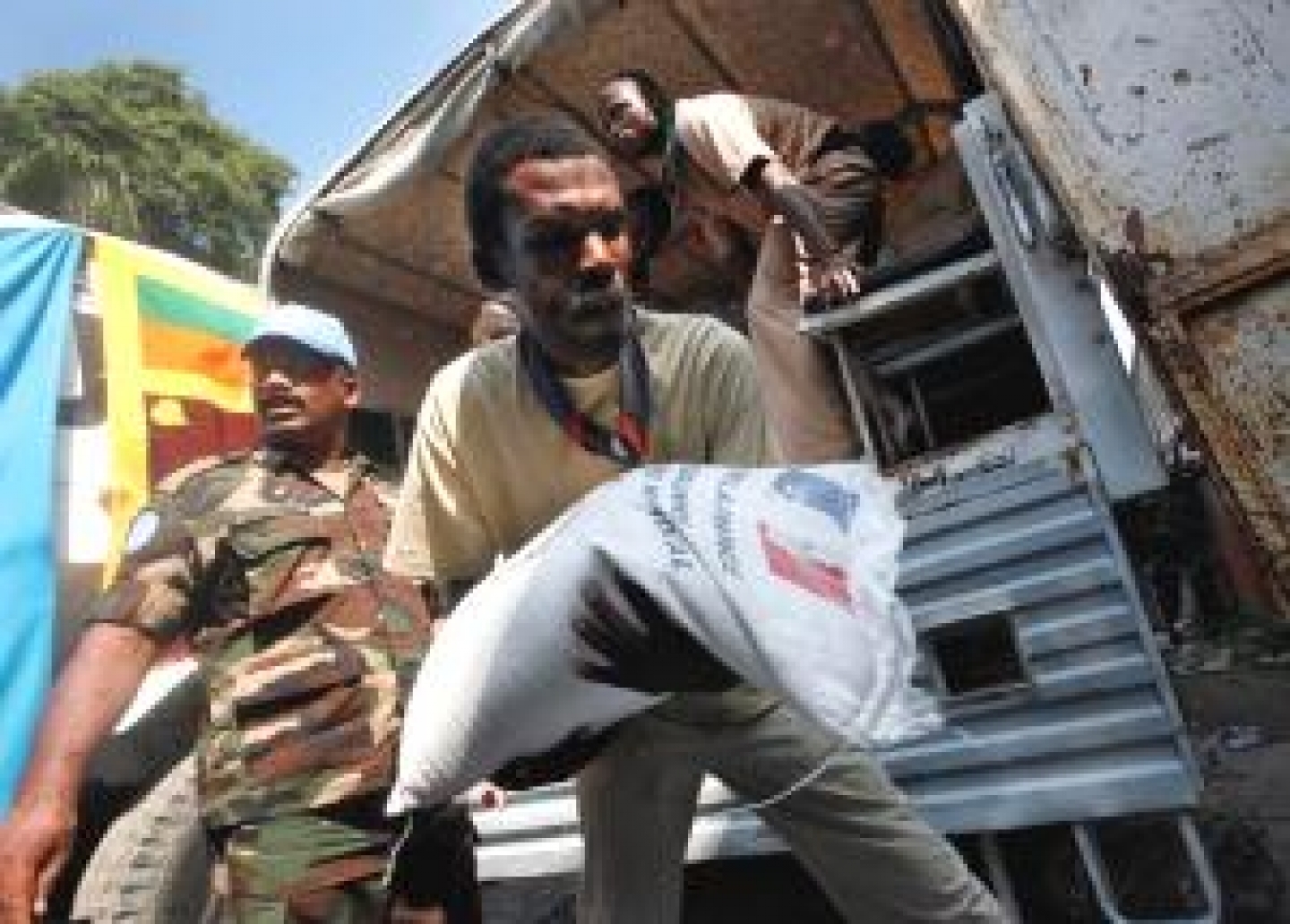 The rules that govern international food aid need serious overhaul, and Canada is well placed to do something about it. In addition to hosting the G8 and G20 summits last month, Canada also assumed the chair of the inter-governmental Food Aid Committee, the governing body of the Food Aid Convention (FAC). Canada has taken on this role, which it will hold for the coming year, right as its members have begun informal negotiations to reform the convention over the next 12 months, to better take the current global food situation into account.

Ever since food prices rose in 2008 and right through the broader global economic crisis, hunger has continued to mount across the developing world. Over 1 billion people are undernourished, making the UN Millennium Development Goal of halving world hunger to 420 million by 2015 that much more distant. The World Food Program is struggling to secure funds to provide adequate food aid for those experiencing extreme hunger.

When world leaders have considered the global food situation in forums such as the G8 and G20, most attention has been on investing in a long-term strategy to strengthen agricultural production in the poorest food-deficit countries. This is an important goal, which will require years of sustained support. But relatively scant attention has been given to the less expensive and more immediately attainable goal of improving food aid delivery.

The Food Aid Convention is an obscure international agreement dating back to 1967. It sets out rules and obligations for donors of international food aid. Its main aim is to ensure that donors commit to a minimum amount of food aid each year to provide for the world’s hungry. The agreement is periodically updated, most recently in 1999. Current donor commitments total 5.3 million tons of wheat equivalent.

Having rules in place that guarantee a minimum level of assistance should be extremely important in times of crisis. But the FAC was not prominent during the 2008 global food crisis. The World Food Program had to scramble throughout 2009 to secure the donations it needed to maintain the level of food aid it has historically provided. The FAC’s rules, in short, fail to provide donors with adequate incentives to counteract situations of serious and abrupt food insecurity.

The rules also insufficiently encourage donors to direct their food aid to the neediest countries. Countries where food is needed most are typically the most difficult and costly to reach, but donors more easily meet their commitments by sending food aid elsewhere. The Convention could give donors more credit toward their commitment if food is directed to the neediest countries.

Food aid is counter-cyclical with prices:  when food prices are high and supply is tight, food aid tends to decline – exactly when the need is greatest. For example, food aid supply in 2008/09 was only slightly above the previous year’s level and much lower than in the early 2000s, when global food prices were low. The FAC rules could be reworked to create incentives for more aid to be provided when food prices are up and there is more acute need.

Donor countries face no sanctions if they fail to meet their food aid commitments in high price years. They are required to make up shortfalls in subsequent years, but this exacerbates food aid’s reverse fluctuations against prices because there is an incentive to wait until prices fall. The FAC could impose a financial penalty on donors that fail to follow through on their commitments.

By untying its own food aid in 2008, Canada took a huge step forward, no longer insisting that its food aid be sourced in Canada.  The United States and Japan remain the only major donor that continue to tie food aid to domestic supply. The FAC does not prohibit donors from tying their food aid to their domestic production, but could take a tougher stand, either by disallowing the practice, or giving donors more credit toward meeting their commitments when they provide cash for buying food aid elsewhere.

Finally, governments in receipt of food aid are not parties to the Food Aid Convention. It is a donors’ club, and, as such, the recipients have no say in setting the rules that directly affect them. Nor are donors bound by any obligations to ensure that the aid reaches those in need -- a critical consideration in countries lacking transparency or accountability or in places like Sudan and Zimbabwe.

These problems with the current Food Aid Convention are widely acknowledged in the international community, but they have not been rectified. The 1999 FAC expired in 2004 and the out-of-date agreement has been extended each year since.  Donors have waited for the Doha Round of negotiations in the World Trade Organization (WTO) to finish before altering the Convention because these talks include discussion of rules to prevent food aid from interfering with normal trade.  But the WTO talks aren’t about to end soon, and the situation has become untenable.

Canada has a strong reputation as a leader in advancing global food security and is the world’s largest per citizen donor of food aid. It can bolster that reputation by pressing for a meaningful renegotiation of the Food Aid Convention. It can do so from its position as chair of the Food Aid Committee, and as host of the G8 and G20 summits this year. G8 or G20 endorsement would give the Food Aid Committee a strong mandate to undertake serious reform.  This would make an enormous difference to the growing mass of people who go to bed hungry in many countries every night.

Jennifer Clapp is CIGI Chair in Global Environmental Governance at the Balsillie School of International Affairs and professor in the Environment and Resource Studies Department at the University of Waterloo.