Canadian Content Could Thrive in a New Trade Agreement

Faced with a global culture giant to the south, many in Canada fear that the US movie, television, music, publishing and newspaper industries could overwhelm their Canadian counterparts. This domination could lead to corporate media takeovers and the disappearance of Canadian stories from television screens, airwaves and pages. The Canadian cultural policy tool kit has long sought to safeguard domestic industries through a combination of mandated Canadian content requirements, foreign ownership limitations and creative funding mechanisms. And, largely, that policy tool kit has succeeded in fostering a robust Canadian cultural sector. Yet retaining those policies has proven challenging within Canada’s trade agreements, where parties seek to establish level playing fields and enhanced opportunities for investment and economic participation.

The inclusion of a full cultural exception has emerged as one of the most contentious remaining issues amid renegotiation of the North American Free Trade Agreement (NAFTA) — which ended on the last day of September with an agreement in principle and a new name for the deal, the United States-Mexico-Canada Agreement (USMCA).

During talks, the Liberal government was not been shy about speaking out against compromising on culture, noting the perceived risks of provisions that might permit foreign ownership of media organizations. American interests countered the Canadian position and took aim at simultaneous substitution policies or the prospect of mandated contribution requirements in support of Canadian content.

Unfortunately, the details of likely implications are often lost in the rhetoric around a full cultural exception. Some cultural groups cheer on the government’s insistence that cultural policy be taken off the table, but in reality a 1980s-style blanket exemption may not be necessary. Preserving Canadian culture and identity is, unsurprisingly, a top priority, but compromising on issues such as foreign ownership, simultaneous substitution and the culture exceptions found in the is Comprehensive and Progressive Agreement for Trans-Pacific Partnership (the CPTPP, formerly the TPP) would be consistent with Canada’s broader policy goals and leave core cultural safeguards untouched.

For Prime Minister Justin Trudeau, the worst-case culture scenario is the prospect of US networks taking over the Canadian market. He recently stated: “It is inconceivable to any Canadian that an American network might buy Canadian media affiliates, whether it is a newspaper or television stations or TV networks.” Yet, beyond the fact that networks such as Fox News are already widely available through Canadian cable television packages, the fears associated with foreign ownership of broadcasters are largely overblown, since the connection between Canadian broadcasting ownership and Canadian culture is tenuous at best. 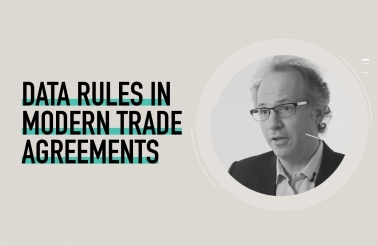 The active involvement of the Canadian Radio-television and Telecommunications Commission (CRTC) in setting Canadian content requirements is a direct result of Canadian-owned broadcasters regularly seeking to limit the amount of Canadian content they are required to broadcast. Producing original Canadian content is simply more expensive than licensing foreign (largely American) content. These fiscal realities — and the regulations that have arisen in response — remain true regardless of the nationality of the broadcaster.

Foreign-owned businesses face Canadian-specific regulations all the time — provincial regulations, tax laws, environmental rules and financial reporting — and there is little evidence that Canadian businesses are more likely than foreign operators to comply with the law. Cultural businesses may raise particular sensitivities, but broadcasters that are dependent upon licensing from a national regulator can ill afford to put that licence at risk by violating its terms or national law.

The issues associated with culture and NAFTA (or USMCA) are not limited to foreign ownership. The US has, oddly, been arguing both for and against simultaneous substitution, arguing for it in the context of the annual Super Bowl broadcast and against it with respect to compensation for US stations situated near the border. Canada is unlikely to change simultaneous substitution via a trade deal, but the policy is nevertheless steadily declining in importance.

Simultaneous substitution dates back to 1971, when the CRTC published a detailed policy statement for the nascent cable industry that allowed for the substitution of local commercials for US advertisements where the same program ran on Canadian and US channels at the same time. The effect was to simultaneously impose the Canadian feed on both the Canadian and US channels when airing on Canadian cable systems. The Supreme Court of Canada upheld the validity of the policy in 1977, leading to decades of frustrated Super Bowl viewers who were unable to see the US commercials during the game.

Canadian broadcasters have been big boosters of the simultaneous substitution policy, claiming that it generates significant revenues that can be used to support more expensive and less profitable Canadian programming. The US programs can be licensed for a fraction of the cost of original Canadian programming, and simultaneous substitution increases the visibility of Canadian advertising by placing it on multiple channels.

The growth of specialty channels, which now represent a far bigger slice of the broadcasting revenue pie than conventional channels, heralded the decreasing importance of simultaneous substitution with fewer programs substituted. Now, subscription revenue has surpassed conventional television advertising revenue. Moreover, consumers gaining increasing control over what they watch and when contribute to its declining importance. Recording television shows or watching them on demand eliminates the simultaneous substitution issue. Sports leagues now package their seasons for full streaming, and many viewers watch streamed versions of shows directly from broadcasters or through services such as Netflix, Amazon and CraveTV. With the arrival of even more streaming options — including those created by US broadcasters such as CBS — simultaneous substitution matters less and less every year.

The CRTC recognized several years ago that eliminating simultaneous substitution altogether would still create a shock to the system. Limiting the elimination to the Super Bowl had the practical benefit of starting to move the industry away from the addiction to US programming and toward competition rather than regulatory protection. The Canadian policy will continue to evolve (both in and outside of the courts), and resolving the issue through NAFTA makes little sense since the United States is arguing both for and against the practice.

While foreign ownership and simultaneous substitution have captured the headlines, there is a more obvious target for the United States: the provisions found in the TPP, which stated: “Canada reserves the right to adopt or maintain any measure that affects cultural industries and that has the objective of supporting, directly or indirectly, the creation, development or accessibility of Canadian artistic expression or content, except: (a) discriminatory requirements on service suppliers or investors to make financial contributions for Canadian content development; and (b) measures restricting the access to on-line foreign audio-visual content.” In other words, the full culture exception was limited in two ways that could have resurfaced as part of the NAFTA renegotiations.

Those provisions, which were agreed to by the Conservative government that negotiated the TPP, were sidelined by Canadian officials in side letters with the remaining TPP countries once the United States dropped out in the CPTPP. Yet despite Canadian opposition, the provisions are likely to resurface in the finer details of trade in North America and may benefit from a re-consideration.

The first exception — a ban on discriminatory requirements to support Canadian content development — raises a legitimate concern about the possibility of mandated Canadian content payments by foreign providers. While Canadian groups have actively lobbied to require foreign providers such as Netflix to make payments similar to those paid by Canadian broadcasters and broadcast distributors, they have been less supportive of Netflix benefiting from those funding mechanisms.

Payment mandates without the same benefits would likely (and rightly) be viewed as discriminatory, and the TPP would have blocked such an approach. Meanwhile, the government insists that it opposes a Netflix tax. While there is a healthy debate about whether there should be mandated payments by foreign providers to support the production of Canadian content, asking for equal treatment in the event that a mandated payment system is established seems fair.

The second exception — a ban on instituting restrictions to foreign online video services such as Netflix — would be a non-starter in Canada. Given its commitment to net neutrality (simply put: the principle of treating all content and applications equally), the government is unlikely to require internet service providers to block access to foreign services. Yet, in the name of the cultural exception, the Canadian government is arguing that it cannot even agree to a no-blocking mandate.

Reversing on that issue — as with several others — would have no practical policy cost to Canada, would allow Canada to focus on other digital policy issues such as copyright term (which would have a far more significant impact on access to Canadian culture) and would not put Canadian culture or identity at risk.

A full cultural exception in a North American trade deal may ultimately represent a case of politics over policy. Limited exceptions to the general exclusion would still preserve the Canadian cultural policy tool kit, while opening the door to minor tinkering consistent with broader government policy objectives. 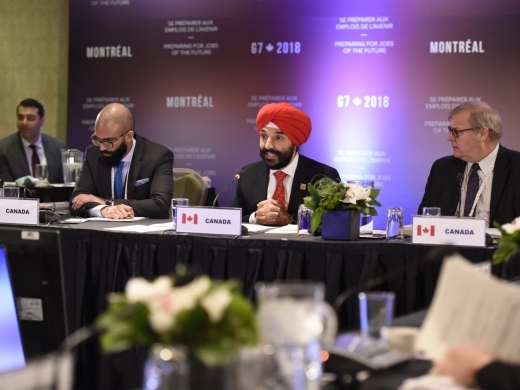 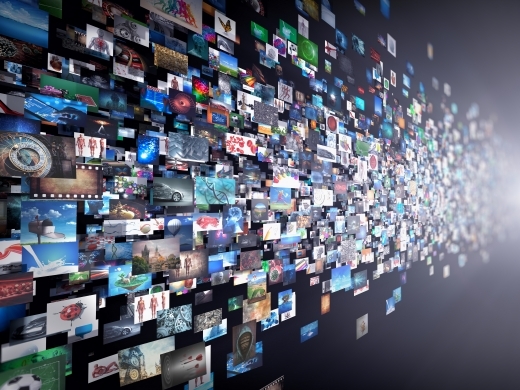