Central Banks Tread Lightly in the Fight Against Climate Change 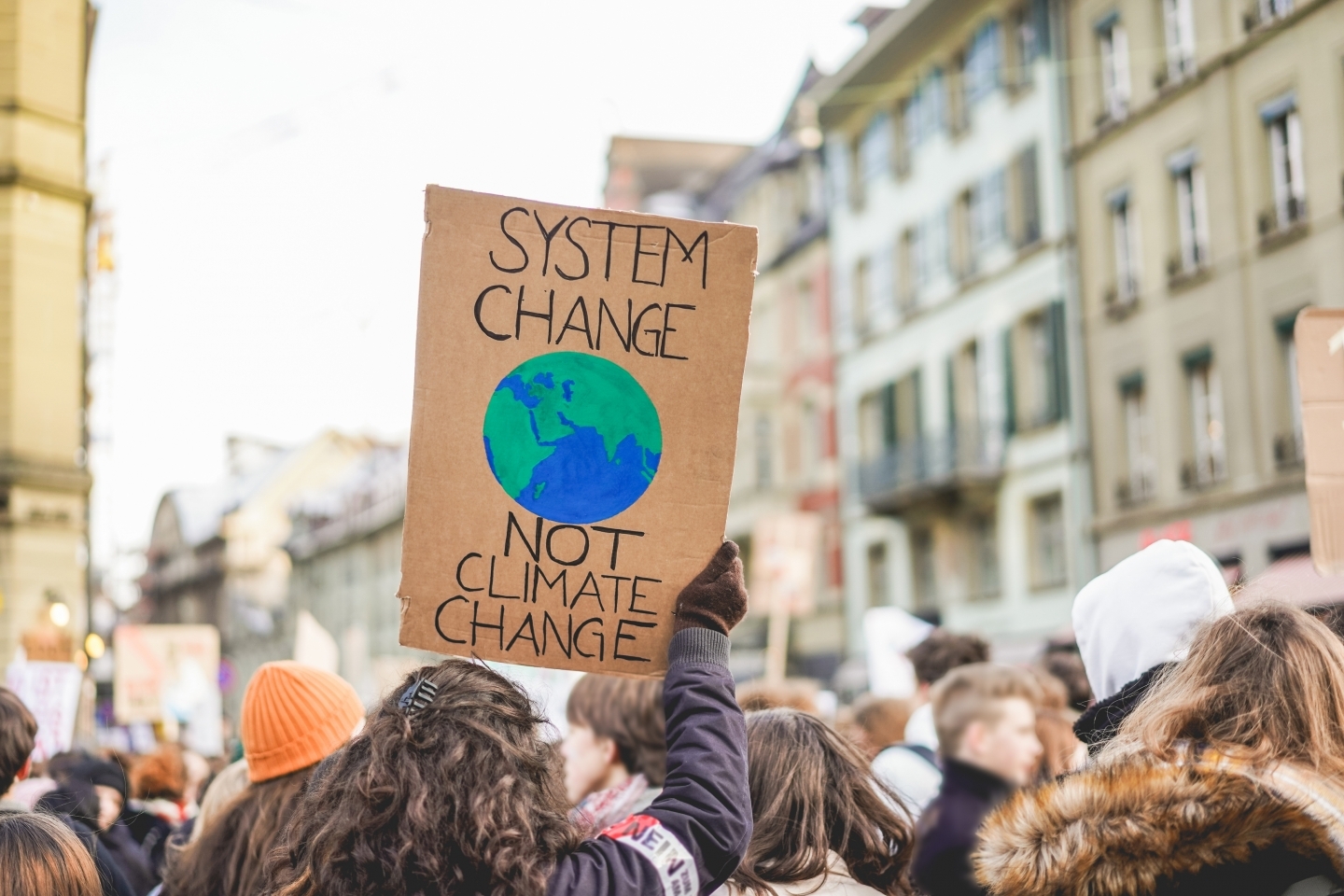 A demonstrator at the Peoples' Climate March. (Shutterstock)

On May 16, the Bank of Canada released its annual financial system review (FSR). The headline was that policy makers were breathing easier about high levels of household debt and bubbly real estate markets in Vancouver and Toronto. The news, however, was buried a bit deeper in the report: the inclusion of climate change on the central bank’s list of “vulnerabilities,” the weak points that could cause the financial system to crumble if struck hard enough.

The Bank of Canada had never before talked about climate change in a such a formal way. The warming of the planet now ranks with more obvious financial threats such as elevated levels of household and corporate debt, house price bubbles, cyber attacks and volatile cryptocurrency assets such as Bitcoin. Policy makers said they will incorporate climate change into all of their analysis going forward. That will make it harder for holdouts in politics and business to avoid doing the same. There will be no more denying it: the threat has been normalized.

“Climate change continues to pose risks to both the economy and the financial system,” the FSR states. “These include physical risks from disruptive weather events and transition risks from adapting to a lower-carbon global economy.”

It’s fair to ask what took the Bank of Canada so long. Mark Carney, former leader of the Canadian central bank and now governor of the Bank of England, identified climate change as a “tragedy of the horizon” in 2015. He called on decision makers to look beyond business cycles, political cycles and technocratic mandates. “The horizon for monetary policy extends out to 2-3 years,” Carney said. “For financial stability it is a bit longer, but typically only to the outer boundaries of the credit cycle — about a decade. In other words, once climate change becomes a defining issue for financial stability, it may already be too late.”

The man who replaced Carney in Canada prefers to lead from the back. 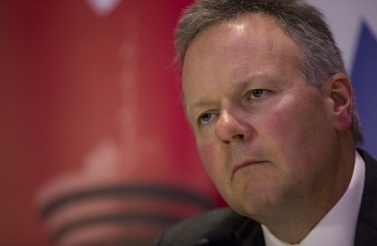 Stephen Poloz, the governor since 2013, had issues with former Prime Minister Stephen Harper’s rush to balance the budget, but he waited until after Harper’s Conservative Party lost the 2015 election before going public with his ideas about how monetary policy, fiscal policy and lending restrictions could be more optimally deployed. Poloz will cross swords with politicians, but he never courts a public fight. He waited until the final year of his seven-year mandate to make a controversial call for more competition in the mortgage market earlier this month. Poloz argued that the lack of innovation had become a threat to financial stability.

Canada is a signatory to the Paris Agreement on climate change, and Prime Minister Justin Trudeau’s government in April instituted a carbon tax in provinces that weren’t already paying one. Yet the issue is far from settled, at least in terms of partisan politics.

Alberta’s premier, Jason Kenney, who won a majority government on April 16, plans to scrap his province’s carbon tax by the end of May and add a fifth province to the list of jurisdictions that pay the federal levy. The holdout provinces have banded together to fight the federal carbon tax in court. Andrew Scheer, the leader of the Official Opposition, reiterated in a speech dedicated to the economy on May 16 that he would end the federal carbon tax if the Conservative Party wins the election on October 21. Currently, the Conservatives are leading in the polls and will have almost a 40 percent chance of winning a majority in Parliament if those numbers hold, according to the Canadian Broadcasting Corporation.

The unsettled politics make the Bank of Canada’s decision that much more remarkable.

Central banks tend to avoid conflict with their political masters in order to safeguard their independence to set interest rates without interference. In December 2017, Poloz opted against becoming a founding member of the Central Banks and Supervisors Network for Greening the Financial System. He came around earlier this year, joining the group, whose membership has swelled to more than 30 from the original eight. In 2018, the federal government’s Expert Panel on Sustainable Finance, whose members include Tiff Macklem, dean of the University of Toronto’s Rotman School of Management and a former senior deputy governor at the Bank of Canada, nudged Canada’s financial authorities to do more. The panel’s interim report observed that there was confusion in the financial industry over how various local and international regulators intended to approach climate change.

May 23
Recommended
Economics for a Burning Planet: Challenging the Logic of the Growth Economy
Thursday, May 23, 2019 - 7:00 PM

“The Bank of Canada plays a key role in assessing systemic economic risk and has the analytic capacity to assess the risk impact of improved climate-related financial disclosures and sustainable investment practices,” the report said. “Participation in international initiatives could facilitate further understanding and analysis.”

Macklem’s group plans to release a final report this spring.

Still, policy makers are proceeding carefully. The Bank of Canada endorsed climate change as a serious risk, but its leaders avoided saying much more when they met with reporters after the FSR’s release. The FSR says the central bank will begin “incorporating climate change risk into its analysis of the Canadian economy and financial system,” even as it launches a “multi-year” research program to better understand the risk “relevant” to the institution’s priorities.

“For us, climate change is of interest to central banks because [of] central bank mandates, and how climate change can affect economic performance on the one hand, and how it can affect financial stability on the other hand,” Poloz said at a press conference in Ottawa. “So that’s the narrow focus that we have on it. Regulations and stuff, that’s somebody else’s province.”

Still, even a narrow focus could have a catalyzing effect.

The Expert Panel on Sustainable Finance observed that a lack of organization, disagreement about the financial risks posed by climate change and the absence of general knowledge about the financial threat posed by climate change were contributing to “inhibited momentum” in the financial industry and a “reluctant transition” to a low-carbon economy in other industries. When HSBC Holdings plc decided in 2018 that it would no longer invest in Canada’s oil sands, it was applying the principles of sustainable finance. But some Albertans took offence and Kenney made HSBC a focal point of his campaign, accusing the company of “boycotting” Alberta.

It will be harder to demonize the Bank of Canada.

The FSR observes that “few” firms disclose the impact of climate change on their assets and operations, despite guidance from the Financial Stability Board that they should do so. Independent analysis from the Bank of Canada and other central banks could spur more of them to do so, if only to avoid lawsuits and shareholder revolts. That would please policy makers, since their goal is to avoid a crisis caused by financial institutions having to write off billions of dollars’ worth of assets made worthless by climate change.

“When risks are priced properly, then their effects when they materialize are usually less,” Carolyn Wilkins, the Bank of Canada’s senior deputy governor, said at the FSR press conference. “We saw that during the crisis. The opaqueness of markets was difficult. The more we can increase the information that market participants have access to, the better.” 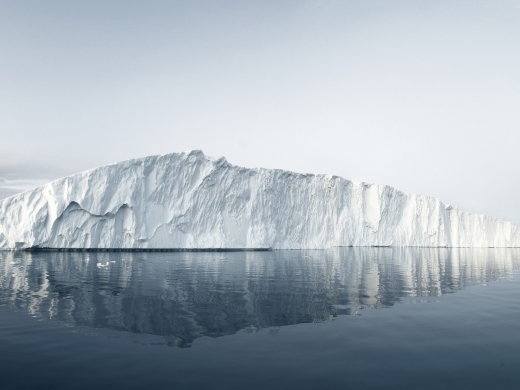