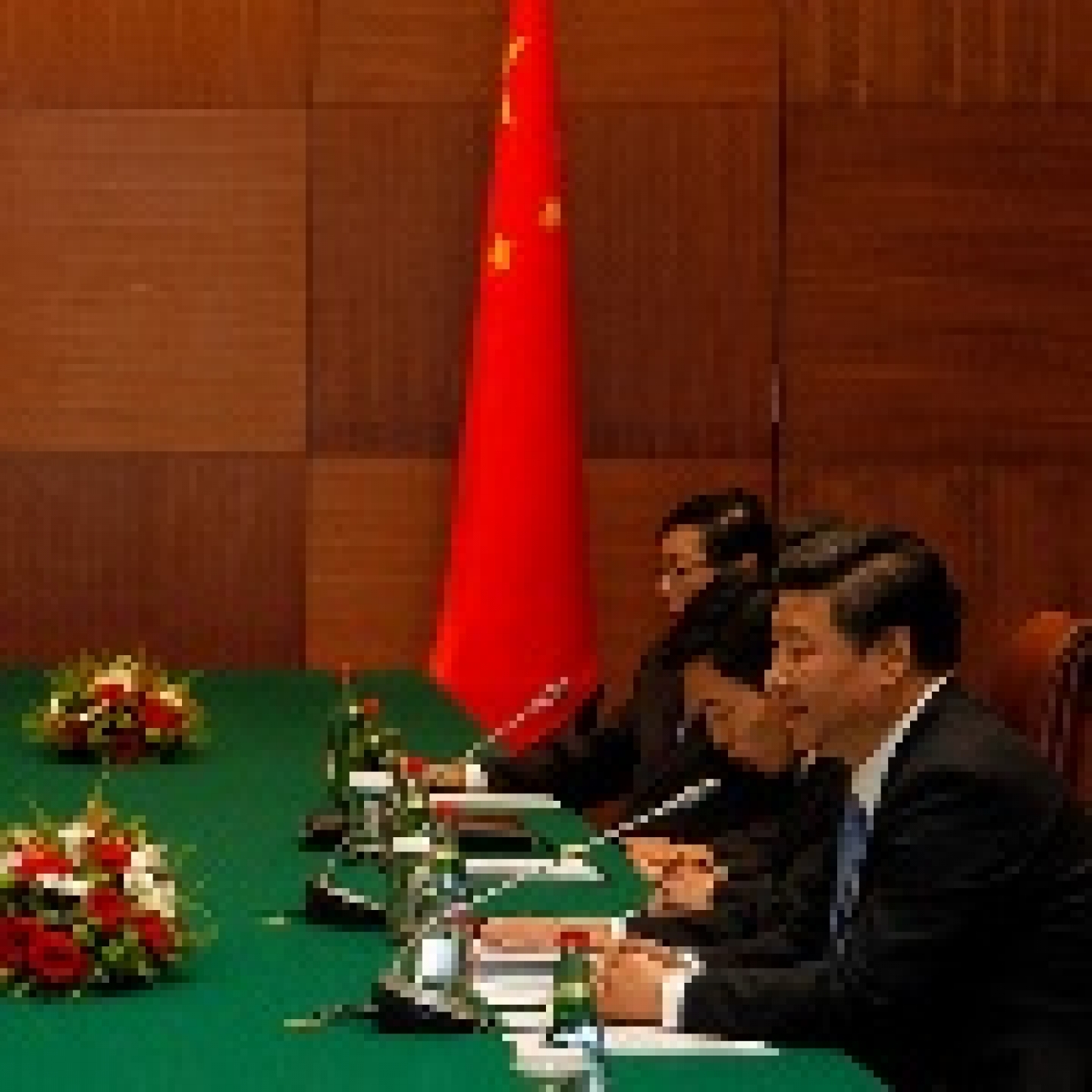 BEIJING – The world caught a break in 2009. The G-20, an assembly of the world’s largest developed and major emerging economies – which had thus far failed to make a serious mark on the world stage – was meeting in Pittsburgh to formulate a response to the global financial crisis. US President Barack Obama, having gotten the message that the G-7 could no longer oversee the global economy on its own, led a summit that made the G-20 the primary body for coordinating global economic policy. It was a highpoint for American leadership.

Next year, the world’s other economic superpower will assume the presidency of the G-20 and host its annual summit. Though China’s leadership will, it is hoped, lack the drama of 2009, President Xi Jinping will undoubtedly make an impression of his own. If he did not miss the opportunity to advance the goal of an Asia-Pacific trade agreement while hosting last year’s Asia-Pacific Economic Cooperation summit, he certainly will not pass up the chance to ensure that the G-20 agenda serves China’s interests.

Of course, with Turkey’s term at the G-20’s helm having barely begun, Xi probably has not yet settled on specific priorities. But some potential areas of concern are already apparent.

Elements of the current G-20 agenda align well with China’s domestic economic concerns, especially with regard to infrastructure. Last year, G-20 members agreed to pursue a global infrastructure initiative aimed at facilitating investment and boosting financing for infrastructure projects and, crucially, for small and medium-size enterprises.

Given that SMEs will play a key role in China’s new growth strategy, and already account for some 85% of new jobs in the country, this initiative suits China well. With Turkey having zeroed in on SMEs as a key vehicle for fostering more inclusive growth, this year’s summit could already produce progress on this front.

But other infrastructure-related opportunities beckon. China has long sought to place Asia on par with North America and Western Europe in terms of connectivity – a project that the Asian Development Bank estimated in 2009 would cost $8 trillion by 2020. China, the only major Asian emerging economy that is currently meeting the ADB’s spending target, could use its G-20 presidency to persuade its neighbors to increase investment in this area.

The G-20 may also enable China to advance a key geopolitical objective: the reform of voting rights at the International Monetary Fund. Obama may be the leader who envisaged a premier role for the G-20; but the United States has displayed a distinct aversion to allowing emerging powers to exert the influence over multilateral institutions that their increased economic weight warrants and demands.

Indeed, the US Congress has consistently failed to ratify a package of IMF reforms, agreed in 2010, that would give countries like China greater say in decision-making – a failure that protects Western Europe, whose members benefit most from the status quo. If China uses its G-20 leadership to push vigorously for change, it would not only improve its own chances of gaining more authority in the IMF; it would also gain favor with other emerging economies, which have been similarly frustrated by US (and European) leaders’ treatment of the issue.

There is also scope for China to assume a leadership role in another domain long dominated by the US and Europe: the global financial system. China, where the US dollar’s predominant role is often criticized for having subjected global finance to unnecessary volatility, could use its G-20 presidency to demand a larger role for what is often considered the world’s only international currency: the IMF’s Special Drawing Rights.

In this effort, it would be in China’s interest to add the renminbi to the basket of currencies that determine the SDR’s value. To be sure, the IMF rejected this proposition in 2011, because the renminbi did not yet meet the criteria of a freely convertible currency.

But the IMF also hinted at a willingness to be flexible, conceding that, because the SDR is fundamentally a reserve asset, the currencies that underpin it need only to be available in “sufficiently liquid and deep markets.” And, over the last few years, China’s authorities have gradually loosened their grip on the capital account, allowing the renminbi to become the fifth most popular currency for settling global payments. With at least 60 central banks now including renminbi among their foreign reserves, next year could present an ideal opportunity for China to advance its long-term goal of reshaping the world monetary system.

At the same time, China might pursue a shift in the dynamic of international financial regulation. The G-7 economies – which, no surprise, have dictated international standards for the last 20 years – have rarely hesitated to name and shame emerging economies for their failure to comply with global norms.

Though China’s domestic regulatory regime remains subject to severe constraints, China’s leaders could use the G-20 summit to change the narrative, highlighting the failure of the US and Europe to complete their regulatory agendas. If China managed to compel them to do so, it would benefit considerably – and not just in terms of its international reputation. With an export-oriented economy and the world’s largest pile of foreign reserves, not to mention a conservative domestic financial system, China is exposed to international economic and financial volatility.

China may not be able to achieve all of its goals next year. But, if it plays its cards right, it could do much to increase its international influence, while enhancing global economic and financial stability. That should give China’s leaders much to consider in the coming months.