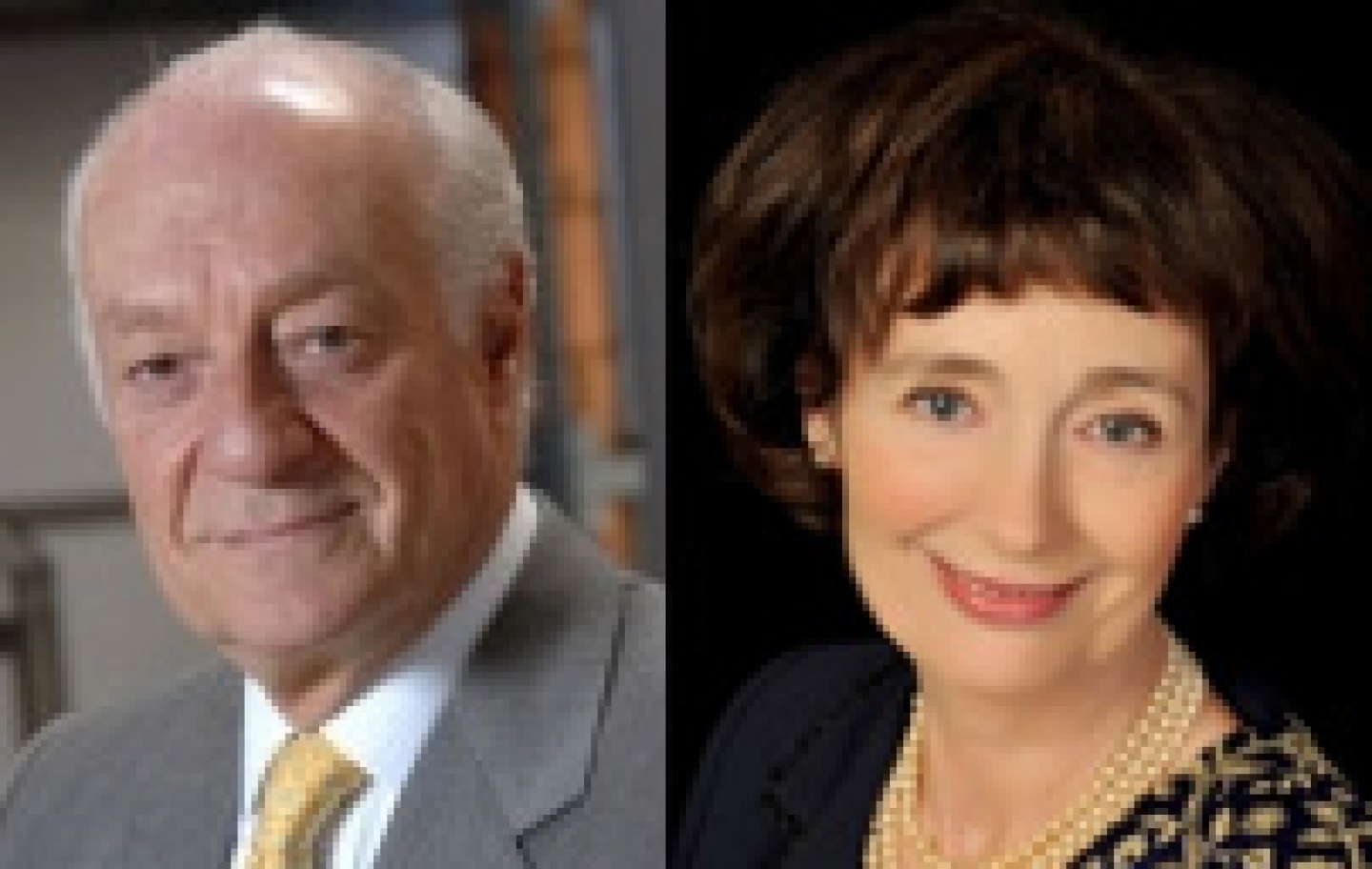 Waterloo, Canada — December 15 — The Centre for International Governance Innovation (CIGI) is pleased to announce the appointments of Maureen O’Neil and Andres Rozental to CIGI’s Operating Board of Directors.

Ambassador Rozental, a member of CIGI’s International Board of Governors since 2002, was a career diplomat for more than 35 years, having served Mexico as Deputy Foreign Minister, Ambassador to Sweden, Permanent Representative to the United Nations and Ambassador to the United Kingdom. He was founding President of the Mexican Council on Foreign Relations in 2001. He sits on a number of boards of multinational corporations and is active in several non-governmental organizations and projects. Since 1994, he holds the lifetime rank of Eminent Ambassador of Mexico.

“I’m delighted that Maureen O’Neil and Andres Rozental have agreed to further their involvement with the think tank,” said CIGI Chair and founder Jim Balsillie. “CIGI will be well served by the wealth of international policy experience both Maureen and Andres bring to the board. It’s a great reflection on CIGI’s commitment to addressing governance challenges on a global level.”

About Maureen O'Neil: In addition to serving as president of the Canadian Health Services Research Foundation since 2008, Ms. O’Neil chairs the board of trustees of the International Institute for Environment and Development, and is a member of the board of World University Service of Canada and of the International Institute for Sustainable Development. She chairs the International Advisory Group of the Think Tank Initiative (IDRC and Hewlett Foundation) and is a member of the Leadership Council for the School of Public Policy & Administration at Carleton University. Ms. O’Neil is chair of the Advisory Council on Corporate Social Responsibility of Canada’s Export Development Corporation. She is also a fellow of the School of Policy Studies at Queen’s University. She has served with several other boards, including as chair and member of the board of governors of Carleton University. She has also represented Canada on the UN Commission on the Status of Women, on OECD committees, and has been a member of the UN Committee for Development Planning and the board of the UN Research Institute for Social Development.

About Andres Rozental: Andres Rozental was Mexico’s Ambassador to the United Kingdom from 1995 to 1997. He was a career diplomat for more than 35 years, having served his country as Deputy Foreign Minister (1988-1994), Ambassador to Sweden (1983-88), Permanent Representative of Mexico to the United Nations in Geneva (1982-83), as well as in various responsibilities within the Mexican Foreign Ministry and abroad. Since 1994, he holds the lifetime rank of Eminent Ambassador of Mexico.

Currently, Ambassador Rozental holds non-executive board positions in several multinational corporations in Brazil, the United States, France, the United Kingdom and México. He chairs the board of ArcelorMittal Mexico and is an independent board member of ArcelorMittal Brazil, Ocean Wilson Holdings and Wilson, Sons Brazil. He holds advisory board positions with EADS Mexico, Toyota and Kansas City Southern de Mexico. He is President of his own consulting firm, Rozental & Asociados, which specializes in advising multinational companies on their corporate strategies in Latin America. He is also active in a number of non-governmental organizations and projects relating to global governance, migration policy, climate change, Latin American politics and democracy promotion. He is currently a Senior Non-resident Fellow at the Brookings Institution, a Senior Advisor to Chatham House in London, a board member of the Woodrow Wilson Center’s Mexico Institute and a Trustee of the Migration Policy Institute in Washington, D.C. He has served as a Governor of Canada’s International Research Development Centre (IDRC) since 2008 and has been a member of CIGI’s International Advisory Board since 2002. He is the founding President of the Mexican Council on Foreign Relations, established in 2001.