For Clues on Trump’s NAFTA Intentions, Look to Lighthizer

When it comes to views on trade, the deficit and using America’s economic strength to get ahead, Trump and his chief negotiator are on the same page 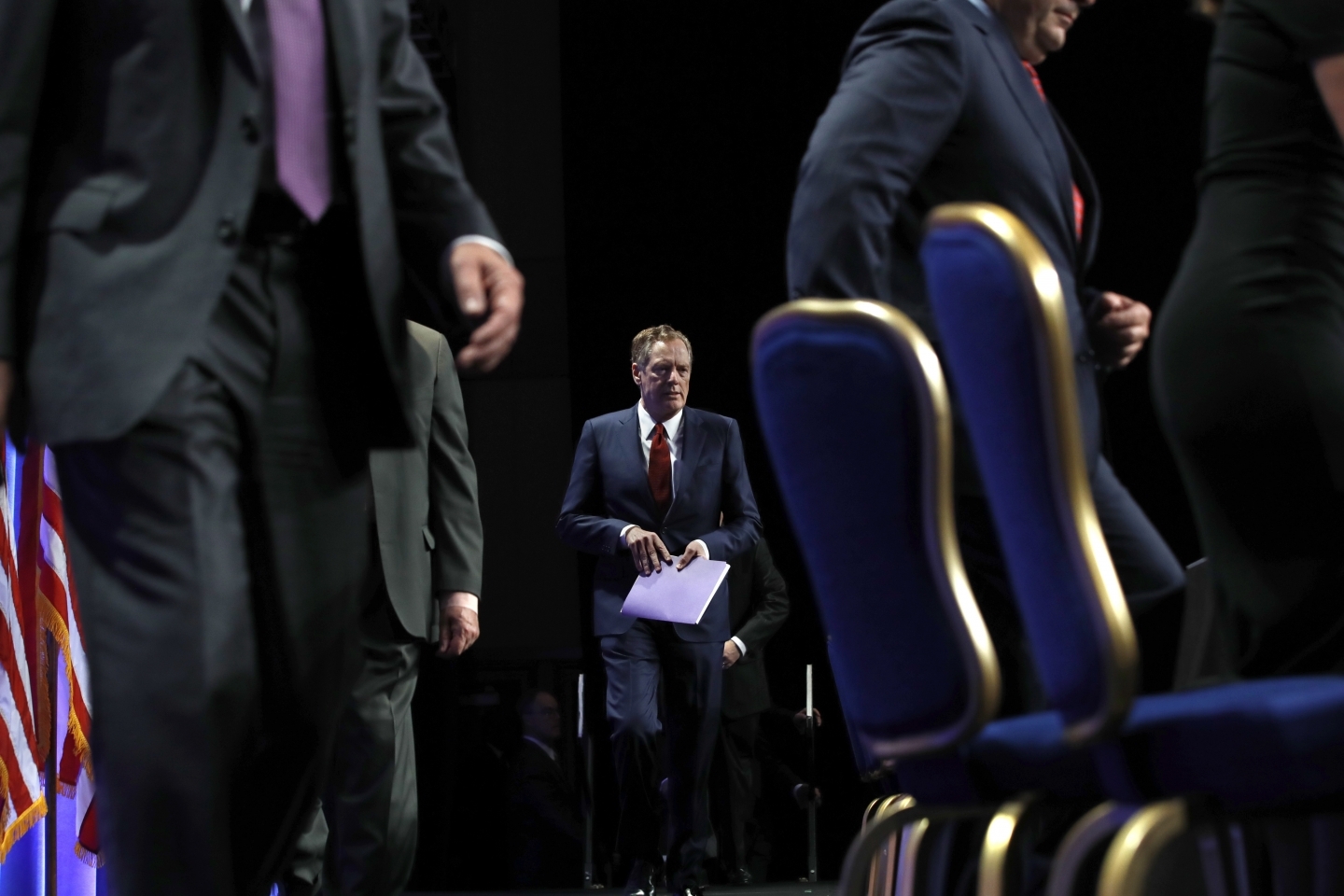 In the world of trade economics, there has been no more disappointing phrase uttered this year than this one: “The president believes — and I agree.”

That was US Trade Representative (USTR) Robert Lighthizer at an event in Washington earlier this month, as he began a defence of Donald Trump’s obsession with the trade deficit, among other outside-the-mainstream views on how global commerce should be regulated.

Lighthizer keeps emphasizing that he and the president share the same odd ideas about trade. (“The views of the president about NAFTA [the North American Free Trade Agreement], which I completely share, are well known,” Lighthizer said in August at the start of renegotiations.)

He might be doing his counterparts a favour, dissuading them from thinking the White House is divided.

For a time, there was hope that Trump’s cabinet secretaries would offset their boss’s worst instincts. There is even evidence that some, such as Secretary of State Rex Tillerson and Director of the National Economic Council Gary Cohn, may in fact play moderating roles.

But when it comes to trade, Trump appears to have appointed an enabler, not a chaperon.

Most economists disagree that the United States’ propensity to import more than it exports is evidence of weakness. The biggest driver of the deficit probably is a rich country’s willingness to borrow so that it can buy more in real time.

But Trump doesn’t care what experts think. He sees the deficit as a scorecard — and that scorecard shows the United States is losing. Trump also appears to believe that American companies will always win a fair competition, and so the deficit is proof that the rules of the game advantage others.

“The president believes — and I agree — that trade deficits matter,” Lighthizer told a group assembled by the Center for Strategic and International Studies (CSIS) on the morning of September 18, a few days before the third round of NAFTA talks began in Ottawa. “One can argue that too much emphasis can be put on specific bilateral deficits, but I think it is reasonable to ask, when faced with decades of large deficits globally and with most countries in the world, whether the rules of trade are causing part of the problem.”

Lighthizer, who served as deputy USTR under former President Ronald Reagan, is reclusive, so any public remarks deserve attention.

The Economist noted in May after Lighthizer was confirmed that he was seen as “clever and charming,” but also every bit the intellectual outsider. His remarks at the CSIS support that description. His comments were replete with contradictions, misrepresentations and unsupported assertions. (“People who know me know I’m a bit of a contrarian,” Lighthizer said.)

Let’s go through a few of them.

Lighthizer was disdainful of the argument of International Monetary Fund Managing Director Christine Lagarde and others that populists such as Trump have had success because globalists have done a poor job at explaining the benefits of trade. Lighthizer insisted that voters aren’t stupid — they are angry at the established system because they see its flaws.

But if the global elite is out of touch, so are the populists, who tend to make the mistake of assuming that most people are as angry as they are.

Lighthizer said the Trump administration’s protectionist bent is justified because the electorate’s support of trade is “eroding.” Except it is not. A poll conducted by Morning Consult earlier this month showed that only 13 percent of respondents thought “global trade” had hurt their personal financial situation, while 23 percent said it has left them better off. Most said trade had made no difference in their lives.

There is a difference between the rhetoric that gets partisans nominated and the positions that actually represent the views of the majority. Trump and Lighthizer have no regard for this distinction: they are on a crusade.

Now for some hypocrisy.

“I’m sure that most here also agree that many markets are not free or fair,” Lighthizer said at the CSIS gathering. “Governments try to determine outcomes through subsidies, closing markets, regulatory restrictions, and multiple similar strategies. The real policy difference, I submit, is not over whether we want efficient markets, but how do we get them.”

Lighthizer appeared to be scolding other countries, while ignoring his own country’s tendency to do all of those things. Canada’s defence of its system of supply management for dairy and poultry is stronger than it might be because the United States is such a heavy user of farm subsidies.

“Are some governments intervening more than others? Yes, although it is hard to come up with a precise ranking, and I suspect the United States is not in the lead when it comes to avoiding government distortions of the market,” Simon Lester, a trade policy analyst at the Cato Institute, wrote. “I support the idea of trying to convince other countries to reduce their market distortions, but we will probably have to remove some of our own in order to accomplish that.”

Perhaps the most startling set of comments aired at CSIS that morning came while Lighthizer described the Trump administration’s general approach to trade.

You will hear members of the White House talk about doing deals that will be “wins” for all involved. But those wins will be on Trump’s terms.

As the world’s biggest economy, America has been the dominant force in global trade. However, that dominance always came with some recognition that if members of the global economy were doing well, United States would ultimately benefit. In other words, it didn’t need to be the clear winner of every deal.

Trump and Lighthizer are finished with US benevolence. They intend to use America’s economic strength to get what they want.

This is what Canada and Mexico are dealing with.

Maybe Lighthizer is all bluster, a wily negotiator who is trying to confuse his opponents at the NAFTA talks. But even if that is true, it’s difficult to see how a combination of Trump and Lighthizer will settle for anything other than a clear win, which means if Canada and Mexico want to keep NAFTA, they may have to lose. 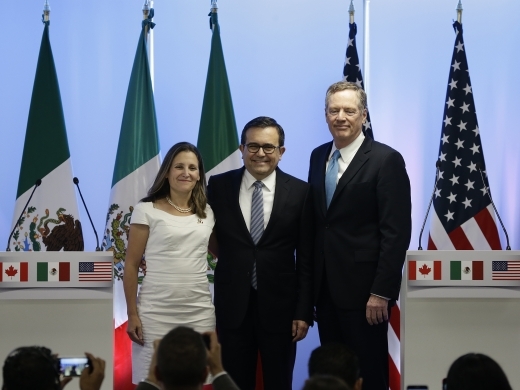 NAFTA/CUSMA
Five Things to Look for from NAFTA 2.0