While much of the current debate about technology and democracy rightly focuses on Silicon Valley, the reality is that there is a parallel communication technology infrastructure that presents far greater concern. Over the past 30 years, aided by and enmeshed in the state, Chinese companies have built a full stack of technologies — from communication infrastructure to hardware to platforms — that compete directly with the Western internet.

These companies provide many of the same capabilities and services of their Western counterparts — access to the internet, social media, chat, mobile payments and online shopping — but in a manner that is far more coordinated, allows the government access to the data collected, and enables an additional layer of centralized surveillance and social control. These tools have been used to monitor and share information on the behaviour of Chinese citizens (and, increasingly, citizens of other countries who have adopted the Chinese approach) — in the case of the Uighur Muslim minority living in Xinjiang region, to the extent of genocide.

For me, as someone who is concerned about the power and accountability of big tech, the question of China looms large. All of the problems arising from the flawed design or use of Google, Apple, Amazon and Facebook (the data surveillance, threats to democracy and lack of competition) are all far worse for Chinese companies. The challenge is that understanding Chinese technology and its role in both domestic and international affairs is immensely difficult. There are barriers of language and culture, real limitations on the free flow of information, and limited research and journalism.

Add to these challenges a perception that the rise of the tech-enabled Chinese surveillance state was a project of President Xi Jinping’s China — not a broader geopolitical project, with global implications, but a domestic one. This narrative, however, is increasingly untenable. Chinese technologies are embedded in our global tech infrastructure, Chinese tech companies are an integral part of the digital economy, and the tools of social control initially developed for Chinese citizens are now being exported around the world.

The recent political and economic history of Chinese technology is important to better understand because it is also a story about the direction the world is going — toward a society of increased surveillance, social control and centralized industrial power. China is a canary in the coal mine of where our own technology is also headed. Just as the forest fires in the West make the intangible direction of global warming visceral, the dystopia of the Chinese surveillance state should serve as a wake-up call and as a catalyst for democratic reforms.

Two books published within the last few weeks, whose authors I recently interviewed, provide a helpful entry point to understanding this wider topic. First, Hong Shen’s examination of the political-economic dynamics leading up to China’s antitrust case against Alibaba and the halting of the initial public offering (IPO) of its fintech spinoff, Ant Group. And second, Geoffrey Cain’s investigation into the recent history of humanitarian accusations and the tech-enabled genocide against the Chinese Uighur population.

The Rise of Chinese Big Tech

To learn more about the economic rise of Chinese tech, the antitrust crackdowns on Alibaba and the recent fate (including the three-month disappearance) of its CEO Jack Ma, I spoke with Hong Shen, a systems scientist at Carnegie Mellon and the author of Alibaba: Infrastructuring Global China.

A common narrative about the Chinese internet is that the Chinese government built the “Great Firewall” in order to suppress its democratizing potential. Much as many Western liberals thought free trade would nudge China toward democracy, they believed that the access to information provided by an open internet would have similar influence. So, when China walled off much of its internet from the outside world, it was reasonable to think they were doing so to squelch dissent and stem the tide of democracy. Perhaps this was one of the motives. But, Shen argues, there was another purpose: that the Chinese firewall was also a tool of protectionist industrial policy intended to insulate Chinese tech companies from global competitors so that they could scale first in the Chinese market. That is, while the desire to control the political activity of their citizens may have been a big part of the Chinese firewall, the firewall also served as a form of industrial protection, allowing the Chinese tech giants to become the economic powerhouses they are today.

As the companies grew, they needed both money and markets from outside of China. Chinese tech is therefore now deeply intertwined with transnational capital and global capitalism. Alibaba, for instance, was, at one time, primarily owned by Yahoo and SoftBank. And Western companies often rely on Chinese labour in their supply chains, to build their hardware and train their artificial intelligence (AI).

In order to grow a user base beyond China, the reach of these companies has been expanded through a component of China’s massive global Belt and Road infrastructure project, called the Digital Silk Road. Shen argues that the Digital Silk Road is intended to find markets for surplus production in order to “mitigate industrial overcapacity”; to build infrastructure that will allow Chinese companies to go overseas (for example, Alibaba’s overseas data centres); to support the internalization of the renminbi (China is trying to build alternatives to US-led financial institutions such as the International Monetary Fund and the World Bank); to expand China’s geopolitical sphere of influence — tying countries “more closely to China through submarine, terrestrial, and satellite links” and, somewhat ironically, “promoting an internet-enabled inclusive globalism” (in contrast to former US president Donald Trump’s “America first” rhetoric).

This threefold strategy — initial industrial protectionism via the firewall, followed by a surge of foreign capital, and expansion into global markets — goes a long way in explaining the rise of the Chinese tech giants. And because of this global interconnection, Shen argues that Chinese tech shouldn’t be considered a direct extension of the state, a view that Jack Ma likely has his own complicated perspective on. But Shen argues, too, that this strategy has also allowed some companies to get too big for the comfort of the state. That’s why, she says, we are now seeing the emergence of swift and far-reaching competition policy in China, symbolized by the halting of Ant Group’s IPO, and the broader antitrust action against Alibaba itself.

But alongside the reasons put forth by Shen to explain the meteoric rise of Chinese big tech, these companies had an additional supportive policy from the government. The growth of many Chinese tech firms was aided by contracts to build out the Chinese surveillance state — in particular, to build the capacity to use social media data, facial recognition software and AI to monitor and control the Uighur population, and, ultimately, to help facilitate the ongoing atrocities in Xinjiang.

To better understand how technology is being used in China to facilitate the monitoring, control and mass incarceration of Chinese Uighur citizens, I spoke to American journalist Geoffrey Cain. Cain spent three years interviewing Uighur refugees, Chinese tech workers and government officials and the resulting book — The Perfect Police State — is a window into an Orwellian dystopia.

The plight of the Uighurs is one of those stories that’s never really left the news cycle but somehow still hasn’t fully captured the attention it warrants. Maybe this is because it’s notoriously difficult to do investigative journalism in China. Or maybe it’s because Western business interests are so entrenched there. Or maybe it’s because, unlike with other, past atrocities, images of violence aren’t filling our screens.

Whatever the case, we’re certainly not paying enough attention to what people in Xinjiang, a region that is home to many ethnic minority groups, call “The Situation” — the largest internment of an ethnic minority since the Holocaust. A situation that the US State Department, the Canadian Parliament and independent investigators have called a genocide, encompassing abuses that a broader range of international human rights organizations condemn as crimes against humanity.

Cain argues that these atrocities have been enabled by a confluence of three technological advances: the ability to collect vast data about online behaviour, the ability to capture and process the physical world through digital cameras, and the ability to make sense of these vast data sets using AI. Many of the Chinese tech giants built key components of this system in Xinjiang, developing the architecture for the atrocities now being committed.

The stories that Cain unearths about the violence being perpetrated against the Uighur people are harrowing, and align with what international human rights organizations have also documented. They include near-complete surveillance, including cameras inside of homes; forced sterilization of women; predictive arrest based on AI-determined “future crimes”; and mass incarceration in concentration camps intended to “re-educate” the Muslim minority.

But this set of technologies is not just being used in one discrete, if horrific, case. These technologies are being deployed against the wider Chinese population through a social credit system that ranks and seeks to shape citizen behaviour. Even more worryingly, this model is now being exported to illiberal-leaning countries around the world. The dystopian reality that the Uighurs are living in is not just a human rights atrocity; it also presents real challenges to democracy itself.

There is a dominant argument emerging from Silicon Valley that in order to compete against rising Chinese tech giants, particularly in the development of AI, US companies must remain unencumbered by regulation. Following this logic, regulation on the use of data, on content moderation and on antitrust will tie the hands of the “democratic” internet and further embolden the illiberal Chinese model. A narrative of a digital Cold War, whereby the only thing that can stop a rising China is American ingenuity, is deeply self-serving for Silicon Valley and being used to help them stave off domestic regulation. But it is also precisely the wrong approach.

First, Cain argues that Western tech companies themselves are not separate from Chinese technology interests. Many of our tech products and components of our tech infrastructure are manufactured in China, often in Xinjiang and at times on the backs of forced Uighur labour. There are many Western tech companies that have acquiesced to Chinese state demands such as censoring search results in order to get access to the massive Chinese market, thereby becoming complicit in the regime of surveillance and censorship. And of course Western capital markets and tech venture capitalists are benefiting from the growth of the Chinese tech giants. These are all grey lines; it is difficult to create a clear dichotomy between US and Chinese tech, let alone to draw distinctions with clear moral certainty.

Second, the idea that we should not democratically govern our own technologies because we fear the rise of the undemocratic Chinese model only hastens a race to the bottom, where all digital communications are vulnerable to illiberal influences. How China or other illiberal regimes choose to govern themselves should have no bearing on whether we democratically govern our own societies. The realm of tech is no different.

Finally, I think we should be gravely concerned about the spread of tools of digital authoritarianism to not only those regimes around the world that are already illiberal, but also to those that are illiberal-leaning. There is a real threat that the use of tools developed to monitor and control the behaviour of citizens could hasten the illiberal backsliding that we are seeing in many countries once thought to be on a path toward democratization. 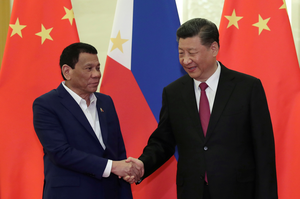 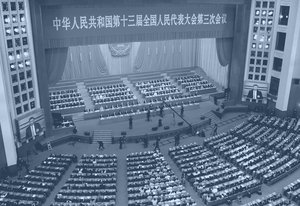 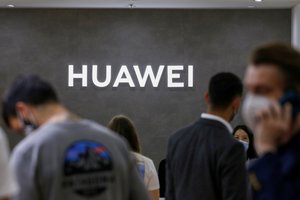