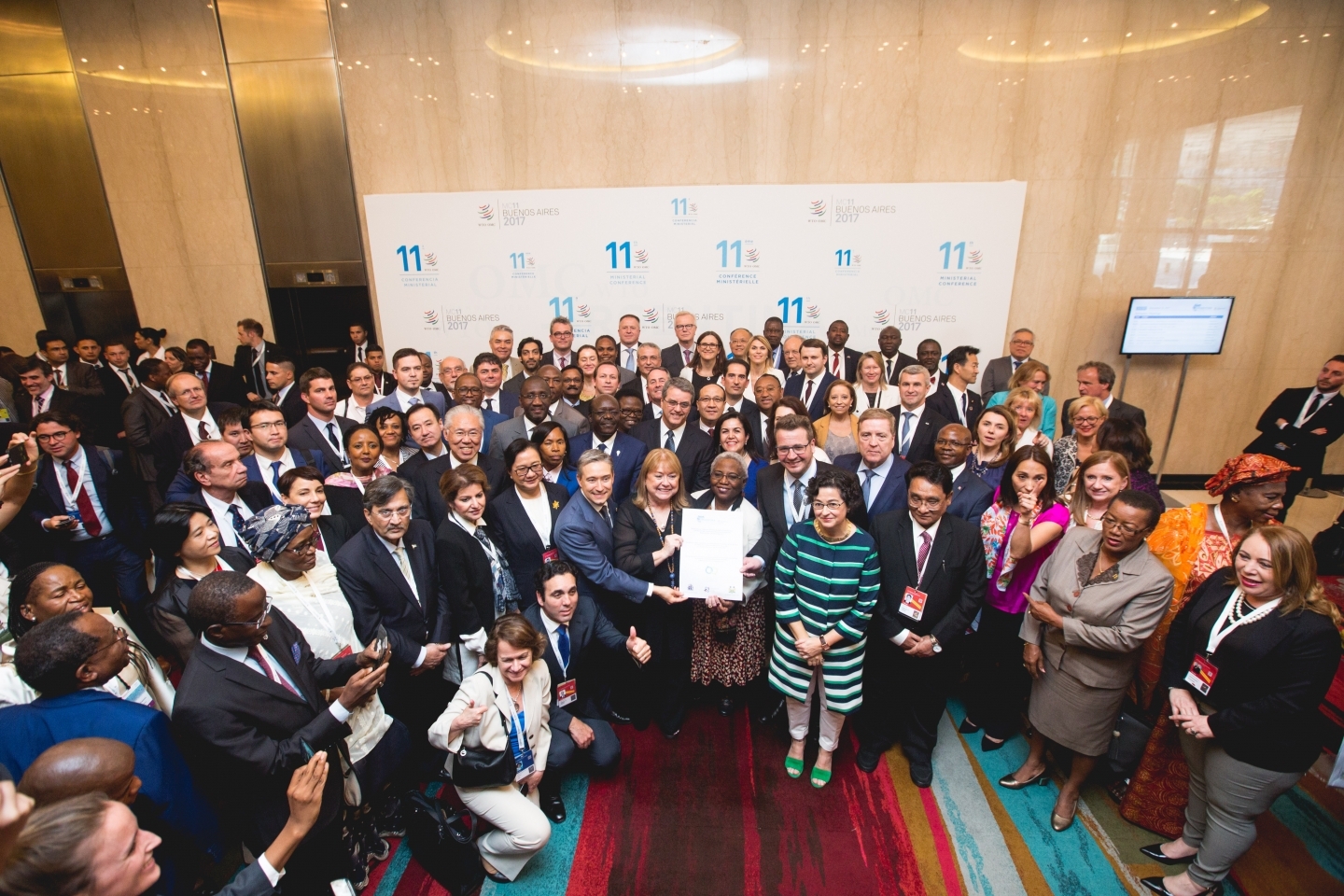 The World Trade Organization (WTO) has turned its attention in earnest to gender equality. At the 2017 WTO ministerial meeting in Buenos Aires, 118 members adopted the Declaration on Trade and Women’s Economic Empowerment, which aims to make trade and development policies more gender responsive. Their commitment is based both on principle and on evidence of the links between gender equality, sustainable economic growth and poverty reduction. While this is an exciting step, the declaration is likely to be ineffective unless its signatories are held to account.

Ensuring that sovereign governments implement their pledge requires attention to both process and substance. In particular, the declaration’s impact will depend on, first, an appropriate accountability mechanism and, second, tangible action in trade policy.

The drafters should be applauded for attempting to move beyond largely aspirational and hortatory language to consider how to foster signatories’ compliance. Specifically, the declaration advocates for “voluntary reporting during the WTO trade policy review process,” which suggests use of the WTO’s Trade Policy Review Mechanism (TPRM). This is promising, but not without challenge.

The TPRM assumes that transparency — exposing policy choices to public scrutiny — has a disciplining effect, largely through “naming and shaming” strategies. The TPRM occupies a middle ground between the purely voluntary WTO notification process and the more muscular retaliatory tools of the Dispute Settlement Body. As Craig VanGrasstek points out, the WTO Secretariat's scrutiny of member policy as part of the TPRM has become more pronounced in recent years. Nonetheless, it stops short of “prescription or direct criticism,” making this process more palatable to members where gender is concerned.

That said, TPRM reviews are infrequent. The four largest traders are reviewed every two years, the next 16 largest report every four years and the remaining WTO members only every six years. While this timing is sensible to monitor members’ trade policies, it lacks the urgency that supporters of gender equality require.

Even if members do embrace the TPRM as the appropriate reporting mechanism, three challenges remain in giving effect to the declaration’s ambitions. First, what counts as a gender-responsive trade policy is not clear, partly because women engage with the economy in a variety of roles, including as consumers and as participants in the labour market. For instance, women are factory workers, agricultural labourers, business owners, entrepreneurs and everything in between. A given trade policy can have a simultaneous, differential impact on women across these categories.

Simple tariff removal, for example, can help (women) consumers by making an imported product less expensive. At the same time, it can threaten the competiveness of the domestic, import-competing industry and, thus, (women) workers’ jobs. From another perspective, targeted policies that promote female entrepreneurs are unlikely to help women in manufacturing jobs or precarious work. The Buenos Aires declaration exists precisely to make trade more inclusive, but short of wholesale change to some prevailing trade policies, can women in all corners of the economy benefit? Will the declaration have succeeded if some women are helped, but not others? Which of women’s many roles vis-à-vis trade will be prioritized?

A second challenge is how to measure trade policy’s contribution to gender equality. The notion of women’s empowerment is a worthy objective, but it is unclear which specific steps a government could take to translate the concept into real gains for women. Organizations such as the United Nations Conference on Trade and Development, the United Nations, the European Union and the World Bank have done extensive work on identifying key indicators of women’s empowerment and devising gender impact assessment practices. These provide excellent starting points.

In the end, however, political will and ability will determine how much headway is made on the gender file. Member buy-in is essential to the legitimacy of the process of assessing trade policies through a gendered lens and implementing appropriate measures. And technical assistance is key to ensuring that all signatories have adequate capacity to follow through on their commitments.

The third challenge arises when we assess a particular trade policy through a gendered lens and find that it falls short. If a particular trade measure appears to affect women negatively in some way — but otherwise serves trade policy objectives or stakeholder interests — which goal will win out? To date, there aren’t many examples of incurring an economic or political cost to achieve gender equality.

Mainstreaming gender into the work of the WTO is significant, but it may not be enough in a member-driven organization. Trade policy is ultimately made in national capitals. Producing gender-sensitive trade outcomes requires a change not only in global practices, but in domestic priorities and attitudes, implicating activist and citizen groups with the ear of member governments.