Don't Sell the Euro Short. It's Here to Stay 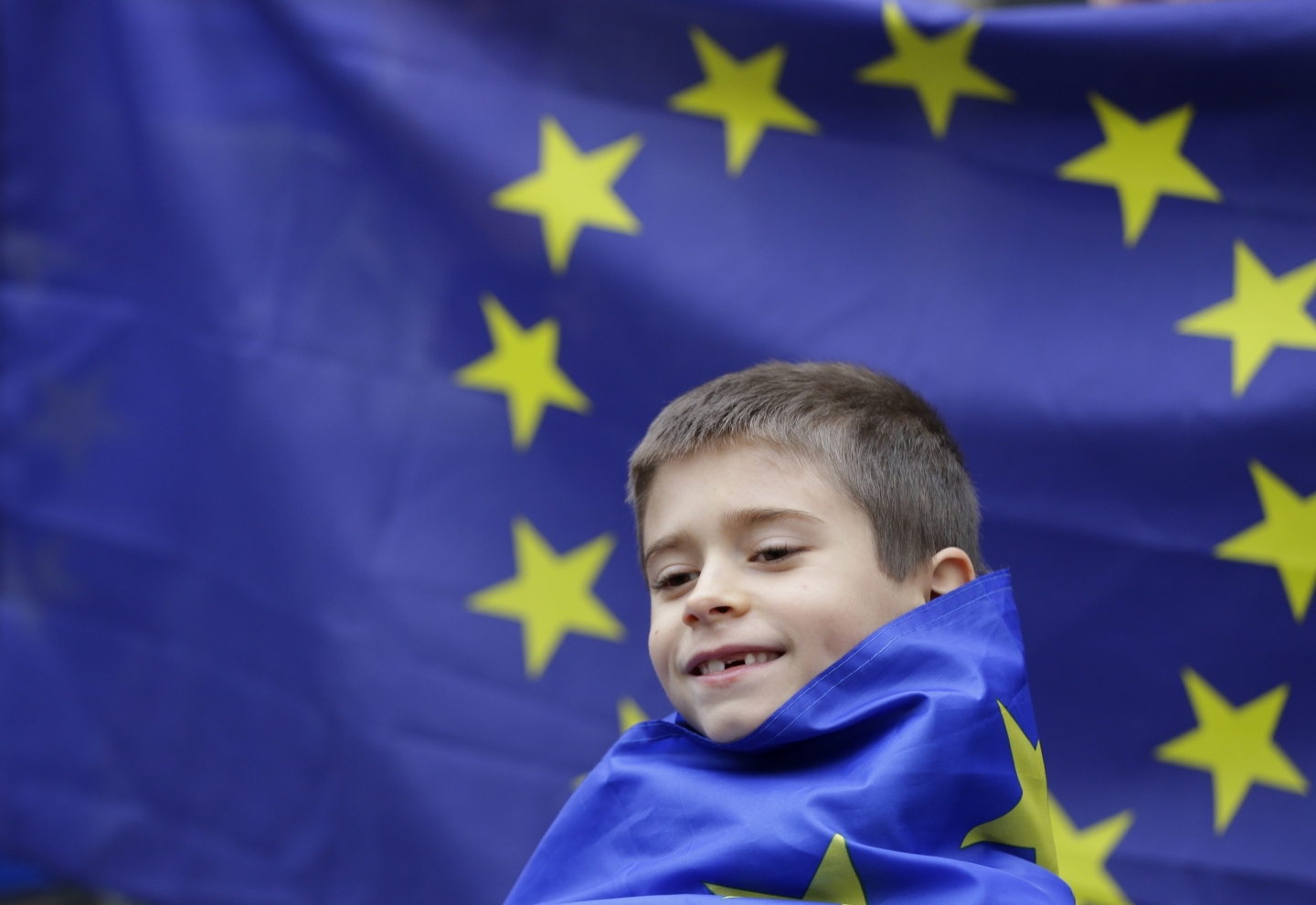 “Reports of my death are greatly exaggerated,” the gray-haired but entirely ambulant Mark Twain is alleged to have said while on a European speaking tour in 1897. If the euro could speak, it would undoubtedly say something similar. And it would have ample occasion to do so, since reports of its imminent demise are widespread.

The latest vote of no-confidence comes from Ted Malloch, tipped to serve as the Trump Administration’s ambassador to the European Union, who recently opined that he would “short” the euro, which he said could collapse in the next 18 months. Leaving aside what passes these days for diplomacy, there are ample reasons to worry about the euro. The Greek crisis is coming to a head yet again: The IMF and the German government are unable to agree on another bailout for the country, which owes a balloon payment of interest next summer. Elections are looming in Germany, France and possibly Italy, the three big euro-area states.

In Germany, Chancellor Merkel appears to be safe. But a French government led by Marine Le Pen’s far-right National Front or an Italian government headed by Beppe Grillo’s populist Five Star Movement are not inconceivable. Both parties have opposed their country’s membership in the euro and pledged to offer a referendum on Europe. Their opposition is grounded in the same kind of base nationalism that animates Trump and his followers. Like the US president, Le Pen, Grillo and their supporters are critical of anything that limits their ability to pursue the national interest as they narrowly define it, including (or indeed starting with) the single currency.

The fact that Europe’s currency has serious flaws helps them make their case. There is no European treasury to stand behind the euro and direct fiscal policy. The banking union that is needed to complement Europe’s monetary union remains incomplete. There is still no European system of deposit insurance to limit bank runs and panics, only an unworkable resolution regime intended to wind up, or more hopefully recapitalize, bad banks. The European Central Bank publishes neither votes nor minutes. It may be the world’s most independent central bank, but it is also the least accountable. The free movement of labor was meant to help temper imbalances in the euro zone. But labor has never moved as freely among euro area countries as it does among US states — language differences are only one reason for this — and it will now move even less freely as European Union countries clamp down on immigration.

Academic analysis acknowledges as much. The Nobel Laureate Joseph Stiglitz has enumerated many of these flaws in his book, “The Euro: How a Common Currency Threatens the Future of Europe.”

But acute observers will notice that the skeptics have been predicting the demise of the euro continuously ever since its creation in 1999. They’ve been wrong for nearly 20 years. Shorting the euro — in essence, betting on its breakup — has been the widow-maker of financial trades.

Two forms of glue hold the euro together. First, the economic costs of break-up would be great. The minute investors heard that Greece was seriously contemplating reintroducing the drachma with the purpose of depreciating it against the euro, or against a “new Deutsche mark,” they would wire all their money to Frankfurt. Greece would experience the mother of all banking crises. The “new Deutsche mark” would then shoot through the roof, destroying Germany’s export industry.

More generally, those predicting, or advocating, the euro’s demise tend to underestimate the technical difficulties of reintroducing national currencies. They suggest briefly imposing capital controls to prevent holders of euros from fleeing while the new money, electronic or other, is quickly put in place. This ignores the complexity of actually removing controls once they are adopted. Recall the experiences of Iceland and Cyprus, which required years, not days, to completely remove their “temporary” controls.

The proponents advocate quickly restructuring the debts of banks, firms and households with euro-denominated liabilities, without realizing that one person’s debt is another’s asset. Moreover, because borrowing and lending occurs across borders, agreement on debt restructuring will require lengthy negotiation between countries if the country abandoning the euro is to avoid harsh retaliatory measures. This process would make the UK’s Brexit negotiations look like a stroll in the park.

For southern European countries, there is an additional complication. They would have a massive bill to the European Central Bank, and by implication to the other member states that are shareholders in the ECB, in settlement of their so-called Target2 balances, liabilities incurred as a result of cross-border payments in central bank money. ECB President Mario Draghi recently made clear that countries abandoning the euro would be presented with this bill. For Italy, to pick a case not entirely at random, those balances currently stand at 360 billion euros ($383 billion), or approximately 6,000 euros for every man, woman and child. That’s about 10 times on a per capita basis what the UK likely owes the EU as alimony for its divorce. And if a country like Italy chooses to default on its Target2 obligations, it will be unceremoniously kicked out of the EU.

This brings us to the second form of glue: namely that European countries, Britain aside, still attach very considerable value to EU membership. That membership matters even more now that that President Trump has cast NATO into doubt and the United States is no longer seen as a reliable ally. The example of UK Prime Minister Theresa May, reduced to cozying up to Mr. Trump and Turkish Prime Minister Recep Tayyip Erdogan, is not one that many other European politicians care to follow.

In a 2007 article, I too made a bet — namely that the euro, while flawed, wasn’t going away. I argued that it is the roach motel of currencies. Like the Hotel California of the song: you can check in, but you can’t check out. For 10 years I’ve been right. To be sure, past performance is no guarantee of future returns, as any prudent investor knows. Even so, unlike ambassador-in-waiting Malloch, I continue to think that shorting the euro is bad advice.

Barry Eichengreen is a non-resident senior fellow with the Centre for International Governance Innovation and George C. Pardee and Helen N. Pardee professor of economics and political science at the University of California at Berkeley.

This article first appeared in Bloomberg.

[The ECB] may be the world’s most independent central bank, but it is also the least accountable.
The opinions expressed in this article/multimedia are those of the author(s) and do not necessarily reflect the views of CIGI or its Board of Directors.