The Daily Yomiuri (also appeared in The Ottawa Citizen, The Vancouver Sun and The Windsor Star) 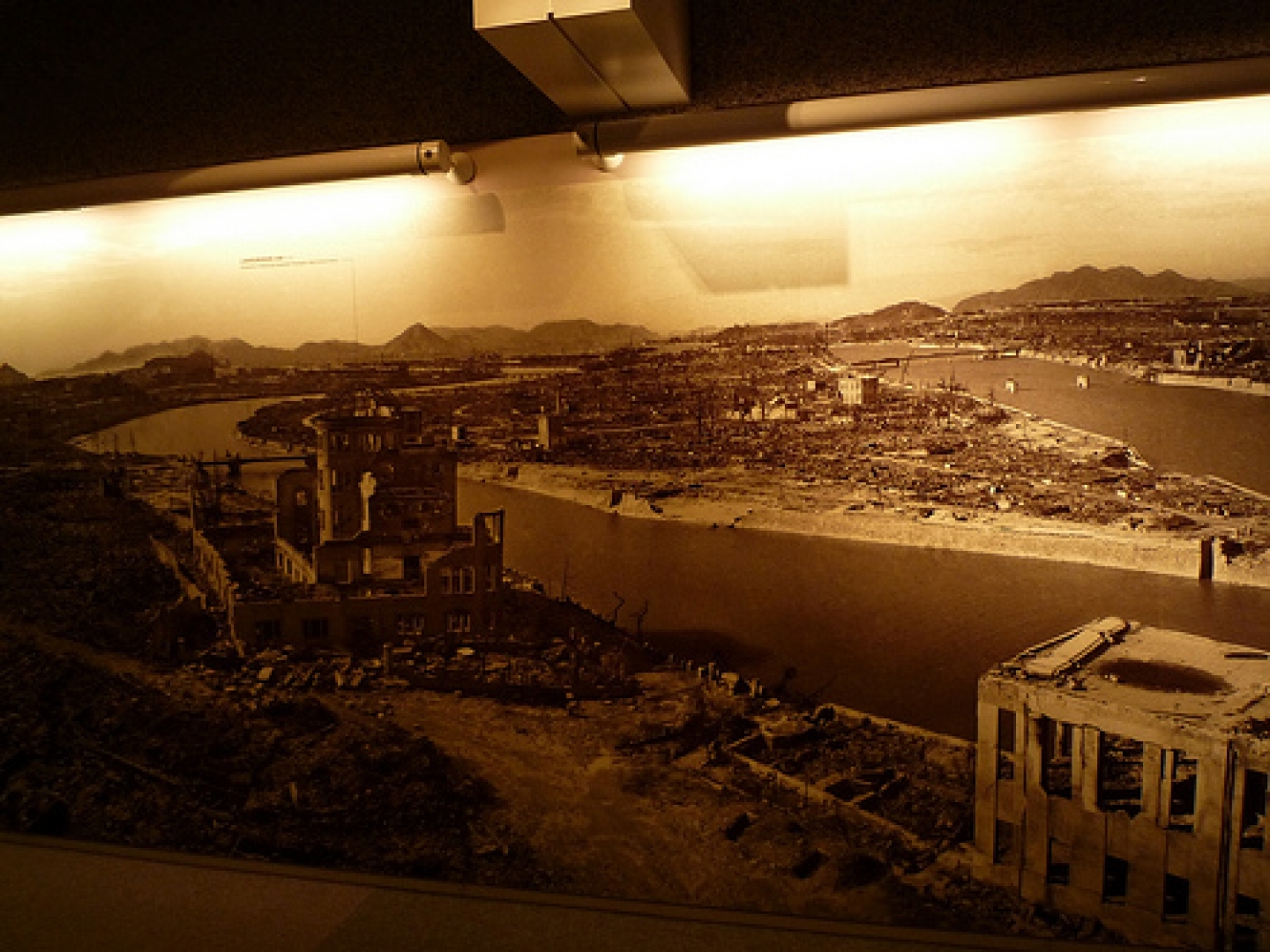 On Aug. 6, 2002, I had the privilege and responsibility of representing UN secretary general Kofi Annan at the ceremony commemorating the atomic bombing of Hiroshima in 1945. The event is at once haunting, sombre and soul-cleansing. Some 40,000 people assemble in the sultry heat to recall the searing, dazzling blast that announced the birth of the atomic age with the death of a hundred thousand people at one stroke and the horror-filled stories of the larger number of survivors.

There is a word in Japanese, hibakusha ("explosion-affected people"), that describes the survivors of the Hiroshima and Nagasaki atomic bombings. Truly the living envied the dead. As of last year, there were just over a quarter million hibakusha recognized by the Japanese government. On March 24 this year, the government officially recognized Tsutomu Yamaguchi as a double survivor. In Hiroshima on a business trip on Aug. 6, 1945, he decided to return home to Nagasaki the day before it too was bombed on Aug. 9. There are times when belief in karma (loosely translated as destiny) becomes a comforting solace.

The A-bomb was developed during the Second World War at the top secret Los Alamos National Laboratory in New Mexico by a group of scientists brought together in the Manhattan Project under the directorship of J. Robert Oppenheimer. Canada's National Film Board has made an excellent documentary, called The Strangest Dream, about the only scientist to resign from the Manhattan Project, the Nobel Peace Laureate Joseph Rotblat.

The bomb's first successful test, Trinity, was carried out on July 16 at the White Sands Missile Range. Witnessing that, Oppenheimer famously recalled the sacred Hindu text the Bhagavad Gita: "If the radiance of a thousand suns were to burst at once into the sky, that would be like the splendour of the mighty one." Of course, birth and death are symbiotically linked in the cycle of life. So Oppenheimer recalled too the matching verse from the Gita: "Now I am become Death, the destroyer of worlds."

The same duality is omnipresent in every aspect of Hiroshima. The Aug. 6 ceremony is incredibly moving and indelibly poignant. The cenotaph memorializing the bombing is set in a beautiful peace park that was designed shortly after the war by Kenzo Tange, one of Japan's most famous postwar architects. (Coincidentally, he was also the architect for the United Nations University building in Tokyo, where I worked for almost a decade.) The names of the atomic bomb victims are inscribed on the arc-shaped cenotaph which stands atop a reflecting pool. Every year on Aug. 6, the living gather there to atone for the dead.

The park is framed at one end by the Atomic Bomb Dome, a structure that survived the blast in skeleton form and today functions as one of the most iconic and recognizable images of the horrors of atomic weapons, and a potent rallying point for the anti-nuclear peace movement. It has been inscribed as a World Heritage Site by UNESCO. At the other end of the park is the Peace Museum that houses various memorabilia and displays. Again, it is difficult not be shocked into contemplation of human folly and our capacity to inflict pain on one another by many of the images and items, for example spectacles that fused onto facial bones in the intense heat of the radiation.

For world leaders going to certain countries in Europe, it is obligatory to visit sites like Auschwitz and Buchenwald, pay respects to the victims lest we forget, and offer silent prayers for their souls. I am yet to understand what it is about western culture that holds leaders back from the same gesture to a common human history when they visit Japan. I was told that no serving U.S. leader has ever visited Hiroshima or Nagasaki. Would such a visit raise unnecessary controversy by suggesting penance? Is it not possible to recognize and honour a defining event in human history without implying guilt? Will the "yes we can" president dare to break the taboo and act on his dream of a world free of nuclear weapons and nuclear dread?

We tend to remember the consequences of what others do to us, and so grievance festers. We know why we did what we did to others, and so that becomes justified, and we are puzzled that the others should still bear a grudge. It is rare to find former enemies join in common atonement of a shared human tragedy.

Yet that surely is what Hiroshima symbolizes, and it is in the recognition of our common humanity that we shall find redemption. The citizens of Hiroshima, in rebuilding their city, have consecrated it as a testimonial to social resilience, human solidarity and nuclear abolition.

Then there is the beautiful story of the cranes. Sadako Sasaki, two when she was exposed to the Hiroshima bombing, fell ill in 1954 and was diagnosed to be suffering from leukemia. Serene in the belief that folding 1,000 paper cranes would fulfil her wish for a normal life, she was still short of the magic number (she had the time but not the paper) when she died on Oct. 25, 1955. Friends completed her task and 1,000 cranes were buried with her. As her story spread, a children's peace monument was built in the Peace Park from funds donated from across the country. By now around 10 million cranes are offered annually before her monument, where she stands with her arms fully stretched overhead holding up a giant, stylized folded paper crane.

Hiroshima, once again a beautiful, scenic and thriving city, lives by three codes: To forgive and atone, but never to forget; never again; and transformation from a military city to a city of peace.

The sacred Buddhist text The Dhammapada tells us:

We are what we think

All that we are arises with our thoughts

With our thoughts we make the world.

Thursday, as we mark the 64th anniversary of the bombing of Hiroshima, let us join together in turning our thoughts to the three inspiring principles that symbolize death, destruction and resurrection. What we need is a multi-phased roadmap to abolition that prioritizes concrete immediate steps in the first couple of years such as introducing more robust firewalls to separate possession from use of nuclear weapons; further significant cuts in existing nuclear arsenals and a freeze on production of fissile materials in the medium term of up to three years; a verifiable and enforceable new international nuclear weapons convention within a target timeframe of about five years; and their total and verified destruction in 10 to 20 years.

By these actions shall we release the souls of the atomic dead, ease the pain of the hibakusha, and liberate ourselves from bondage to a weapon that does not increase our net security but does diminish our common humanity.

Ramesh Thakur is director of the Balsillie School of International Affairs and a distinguished fellow at the Centre for International Governance Innovation in Waterloo, Ont.