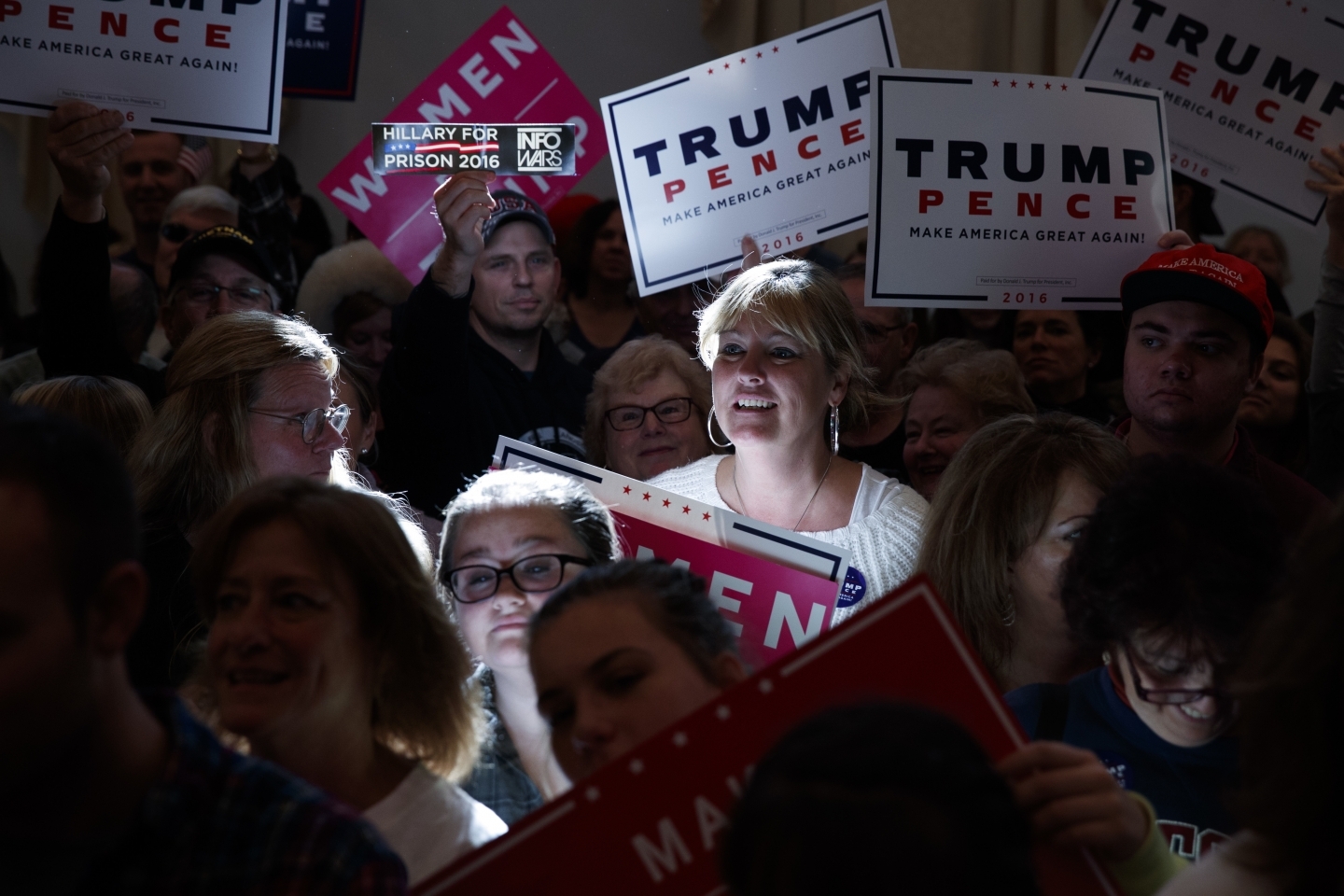 A supporter of the Republican Nominee Donald Trump at a rally in the final stretch of the 2016 U.S. Presidential campaign (AP Photo)

Small wonder that financial markets around the world have become jittery in recent days in response to the tightening of the U.S. election race. The election’s implications for the global economy have gone from unpromising to potentially dire.

A nine-day losing streak in the Standard & Poor’s 500 index, the longest in 36 years, has been dubbed the “Trump Dump” — with good reason. As remote as Donald Trump’s chances of becoming president may be, investors have understandably taken fright at his latest surge in the polls, given the catastrophic risks to the global economy that a Trump presidency would pose.

Trade is Trump’s signature issue — and his approach would upend the multilateral system that has promoted the peaceful expansion of international commerce since the Second World War.

He has vowed to fix America’s trade problems with unilateral action, most notably by slapping massive tariffs on Chinese imports (or just threatening to do so, in the expectation that this would force major concessions from Beijing). Never mind that World Trade Organization rules forbid such action; Trump has made clear that he holds WTO niceties in contempt. The problem is that China would respond by taking punitive measures of its own against U.S. goods, inflicting severe damage on many leading corporations. Both sides would suffer, but it would be foolish to expect craven surrender by any Chinese leader to American bullying, and the prospect of a full-blown trade war between the world’s two biggest economies could lead to a financial-market collapse far more devastating than the 2008 crisis.

This is not to say that the global economic outlook was all that rosy even when Hillary Clinton held a commanding lead in the polls. She sensibly favours stoking demand worldwide by using stimulative fiscal policies, in particular greater spending on infrastructure — a policy endorsed by many leading economists who are concerned about pervasive stagnation. But her electoral victory would hardly assure success for her agenda, which is likely to be thwarted both at home and abroad. Assuming Republicans maintain control of at least one chamber of Congress (which they almost certainly will, if most political prognosticators are correct), Clinton will face enormous difficulties obtaining the necessary legislative backing for an ambitious spending program. Fiscally-conservative governments such as Germany’s, meanwhile, will continue to resist entreaties for stimulative action, diluting the impact of U.S. policies.

As for the trading system, grounds for optimism are scant even assuming the Trumpian cataclysm markets fear is averted. Popular hostility toward trade agreements has been one of the most resounding messages of the 2016 campaign. A transformation in the politics of trade has occurred, now that the Republican Party — in recent decades a reliable source of support for trade deals in Congress — has been shown to be full of grass-roots voters who spurn the party’s traditional dogma.

Clinton has responded to this groundswell by effectively tying her hands on trade, at least for the foreseeable future. Her pledge to oppose the Trans Pacific Partnership (TPP) — the pact among 12 Pacific Rim countries that she once championed as Secretary of State — may not be ironclad or everlasting; she has given herself some wiggle room by declaring that she would accept an improved version. But renegotiation of the terms will be extremely tricky, perhaps impossible. And even if the TPP is implemented in some form eventually, it is far from a magical cure for what ails the trading system. China’s increasingly aggressive discrimination against foreign firms in recent years poses an immense challenge to the rules-based order, and although the TPP has been touted as a potent means of countering Beijing’s practices, skepticism about such claims is warranted.

Markets are overreacting to the polls, in my opinion. Trump will lose. But the election result ought not to portend bullishness about the global economy in any event.