Trade agreement with Morocco does not apply to disputed region, Court of Justice rules 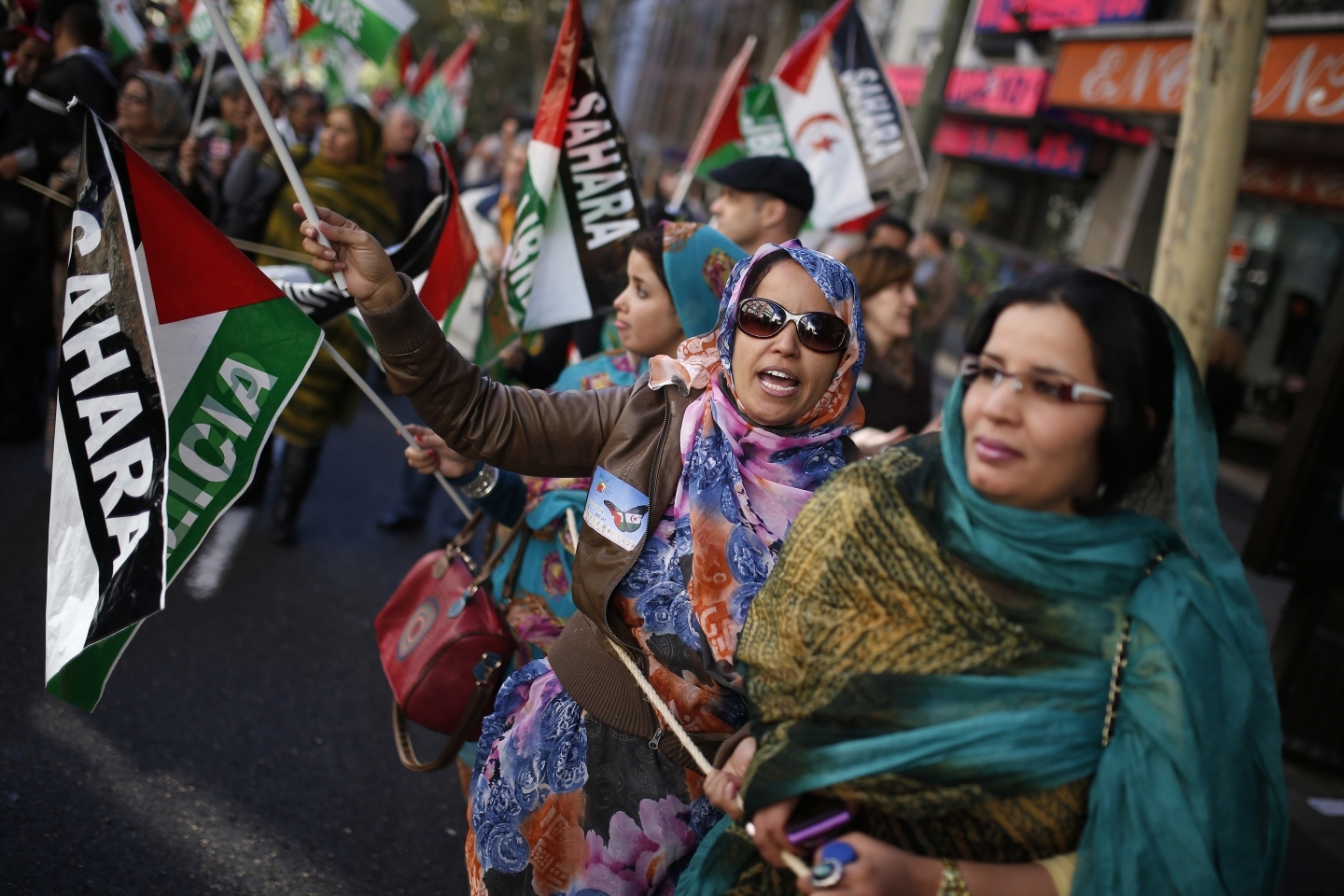 The European Court of Justice has determined that a trade agreement with Morocco does not extend to Western Sahara, recognizing the right to self-determination of the indigenous population of the territory, which Rabat annexed in 1975, triggering a conflict that has endured for more than 40 years.

While the decision is a blow to Morocco’s claim over the territory, an alternative decision available to the court would arguably have had more far-reaching implications, after a lower court earlier ruled the entire agreement between Brussels and Rabat was undermined by the European Council’s failure to ensure the production of goods for export was not conducted to the detriment of the population of the territory and their human rights.

The Court of Justice effectively side-stepped questions about Brussels' obligations to ensure respect of human rights in Western Sahara by determining the agreement did not apply to the region, though overall, the legal saga is likely to be seen as bolstering claims that signatories to trade agreements may face a high bar when it comes to ensuring respect of human rights in the production of goods for export.

The Court of Justice rendered the appeals decision on Wednesday 21 Dec 2016 in the case C-104/16 P Council v. Front Polisario. This was a Grand Chamber judgment under the expedited procedure which overturned the decision by the General Court in T-512/12 Front Polisario v Council decided a little over a year ago.

The Front Polisario (Frente Popular de Liberación de Saguía el Hamra y Río de Oro) aims to end Moroccan presence in the Western Sahara territory and has been recognised internationally by over 40 countries, with its main backer being regarded as Algeria, which is home to refugee camps that have provided shelter to members of the indigenous Sahrawi population who have fled the conflict.

Polisario has had a difficult year after the organization’s leader died and Morocco, after a thirty-year absence from the African Union, applied to re-join (a vote will be held in January 2017). While Polisario did not win this case, it will hardly be welcomed by Morocco either.

The earlier decision by the General Court had been seen as an extraordinary victory by the Polisario as it was granted standing to bring a case against the Council decision concerning reciprocal liberalisation of certain agricultural products (Liberalisation Agreement). The General Court recognised contrary to objections by the Council and Commission that Polisario had legal personality and could prove direct and individual concern. Polisario was so concerned because the agreement despite differing interpretations of its territorial scope between Morocco and the EU was applied to Western Sahara.

Polisario in particular argued that 140 undertakings based in Western Sahara were included in the EU Commission’s website list of approved Moroccan exporters, and both the Council and Commission had indicated at the oral hearing that the contested decision was de facto applied to the territory of Western Sahara (para 87). The General Court cited the C-386/08 Brita judgement by the CJEU extensively because in that judgment the Court had rejected product produced in the West Bank but did not rely on this judgement because neither the EU nor any of its Member States had ever recognised Polisario as representing Western Sahara as a sovereign state. However, the General Court confirmed direct and individual concern because the EU institutions by not including a clause excluding the Western Sahara territory from the application of the EU-Morocco Association Agreement had ‘at least implicitly’ accepted the interpretation of the Association Agreement which applied it to the part of Western Sahara controlled by Morocco (para 102).

By leaving the question solely to the Moroccan authorities, the Council failed to fulfill its obligation to examine all elements of the case. As a consequence the General Court annulled the Council decision. Several international commentators hailed the decision as beneficial for the international protection of human rights. Eyal Benvenisti strongly welcomed the decision because it highlighted that even indirect contributions to human rights violations through trade could violate international law.

The Grand Chamber saw things differently. It largely followed, though in much fewer words, the Opinion of Advocate General Wathelet who on 13 September 2016 had concluded that the Court should set aside the General Court decision and dismiss the action by Polisario as inadmissible. He also expressed the opinion that the General Court erred in law when it applied the EU Charter of Fundamental Rights to the population of the Western Sahara (para. 272).

The Council, supported by the Commission, alleged six errors of law of which the Grand Chamber only examined one in detail. It focussed on the standing of Polisario and the question whether the Liberalisation Agreement applied to Western Sahara. The Court of Justice did not see the finding that the Liberalisation Agreement applied to that territory as a finding of fact, but rather a legal interpretation by the General Court. The Court of Justice concluded that the General Court went too far when it ruled that the absence of an application clause in the Association Agreement meant that the EU had accepted the view by the Moroccan authorities which see Western Sahara as an integral part of the Kingdom of Morocco. The Court of Justice then proceeded to analyse the principle of self-determination, Art. 29 of the Vienna Convention of Treaties (“Unless a different intention appears from the treaty or is otherwise established, a treaty is binding upon each party in respect of its entire territory.”) and the relative effect of treaties. The Court of Justice concluded that given the erga omnis nature of the right to self-determination by the peoples of a Non-Self-Governing Territory and its status as an essential principle of international law, the General Court erred in law when assuming that the Association Agreement also applied to Western Sahara. With regards to Art. 29 of the Vienna Convention the Court of Justice clarifies that ‘its entire territory’ only refers to the territory internationally recognised, and not the territory under its jurisdiction which would be the wider expression. As such, the Court sided with the Commission which argued that any extension of the application must be expressed in the agreement. Finally the Court of Justice also invoked the pacta tertiis principle by which “treaties do not impose obligations, or confer any rights, on third States without their consent” (para 100). It concluded that the people of Western Sahara according to the ICJ Advisory Opinion on Western Sahara constituted a third party in this respect and had not expressed their consent. In the view of the Court, the Liberalisation Agreement as a subsequent agreement is incapable of expanding the scope of the previous Association Agreement. This interpretation can also not be altered by the rule on subsequent practice in Art. 31 Vienna Convention. Though the Commission and the Council were aware that the Moroccan authorities had been applying the Association Agreement to Western Sahara for many years and the institutions never opposed such application and though certain tariff preferences de facto applied to product originating in Western Sahara, this did not constitute clear subsequent practice. As such, the agreements did not apply to Western Sahara and therefor Polisario lacked standing in the European Courts.

This judgment contributes to the practice of international law, like many domestic courts would, in that it clarifies the rules of interpretation in the Vienna Convention on the Law of Treaties. It clarified how the territorial scope of the international agreements of the EU cannot be interpreted without reference to general public international law. The fact that the EU and Morocco ‘agree to disagree’ about the application of the Association and Liberalisation Agreements (AG Opinion para 67), could not alter the fact that in the EU’s view said agreements only applied to the territory of Morocco as internationally recognised.

Overall the Court’s judgement highlights that its practice is becoming more sophisticated, carefully evaluating the international legal arguments and not just accepting the Commission’s or Council’s view on the matter. In many ways this highlights that EU External Relations law has a greater body of case law to rely upon. The impact on EU-Morocco relations as highlighted by Geraldo Vidigal might become a bit trickier. While the Council tried to side with Morocco by highlighting that despite the restrictive scope of the Association Agreement it could be seen as “application without recognition” (AG Opinion para 67), the Court very clearly asserted that the application of the Association Agreement to Western Sahara required an explicit treaty provision. This might make future relations between these two important partners more difficult. So, in some ways this judgment constitutes a bit of a pyric victory for Morocco. It remains to be seen if Polisario might bring a new case trying to challenge the de facto application of the agreements to the territory also administered by Morocco. Unfortunately, the Court of Justice did not venture, beyond self-determination, further into the territory of human rights application to trade agreements. This will remain an important field to be discovered.

Eyal Benvenisti ‘The E.U. Must Consider Threats to Fundamental Rights of Non-E.U. Nationals by its Potential Trading Partners’ http://globaltrust.tau.ac.il/the-e-u-must-consider-threats-to-fundamental-rights-of-non-eu-nationals-by-its-potential-trading-partners/ 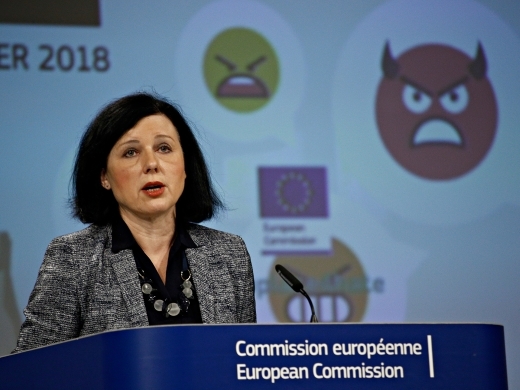