"Europe can No Longer Do Trade Deals" 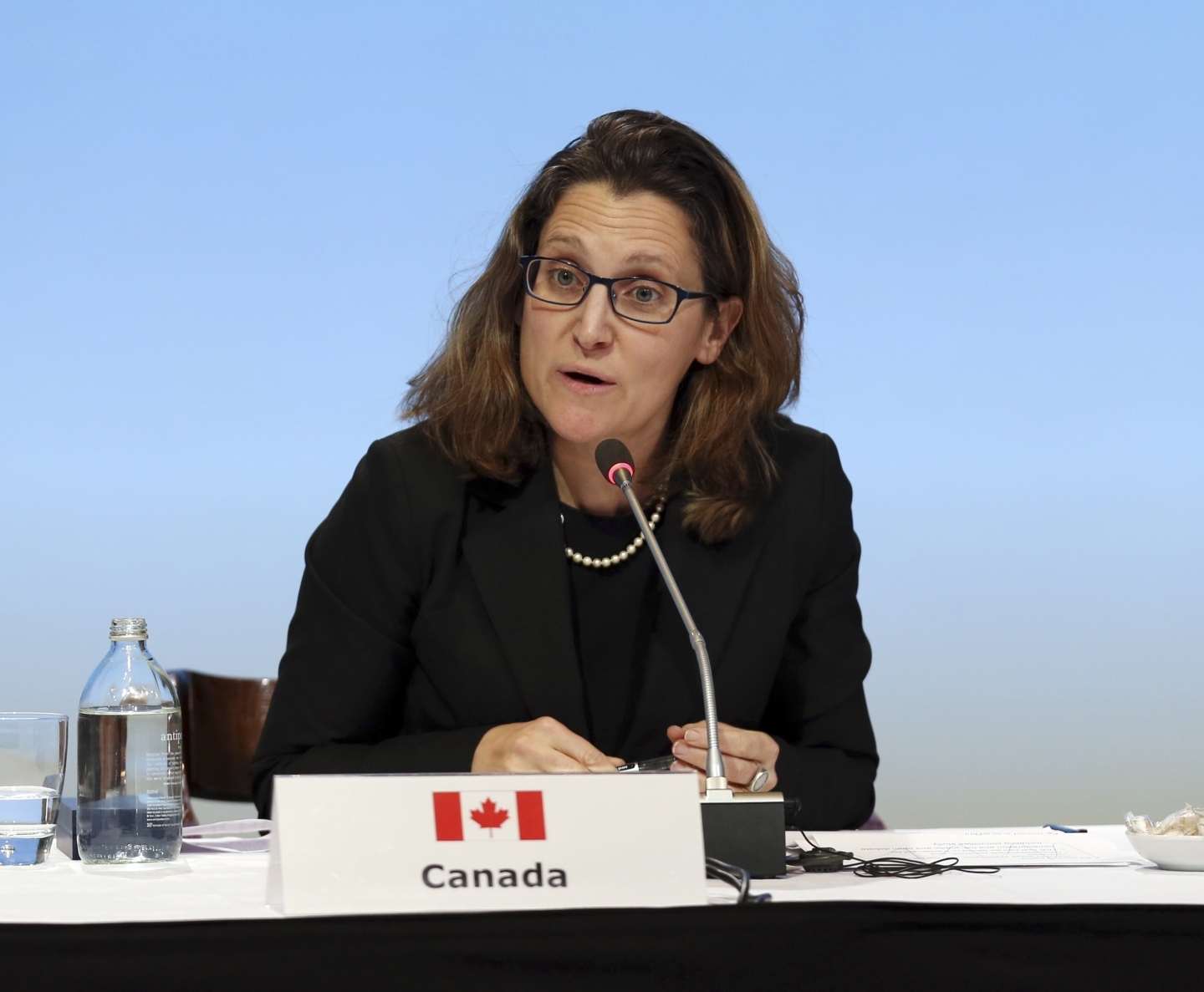 Canada's International Trade Minister Chrystia Freeland announced that she was unable to reach a deal with Paul Magnette, the premier of Belgium’s Wallonia region on the fate of a trade deal with the European Union (EU). As a result, the Belgian federal government is not going to get the legal support that it needs to sign the Canada–EU Comprehensive Economic and Trade Agreement (CETA), which has been in the making for seven years now.

This means that the Council of the EU, which represents the member states, is not able to ratify CETA. CETA will now be put to sleep for the foreseeable future because it is not at all clear at this time how CETA could be modified further to satisfy the Walloons and others in the EU who oppose the agreement. So everyone now goes home, or stays home (Canadian Prime Minister Trudeau was supposed to travel to Brussels on October 27 to sign the agreement, but will now likely tear up his invitation).

Speaking outside the seat of the Walloon government, Ms Freeland said: "It seems evident for me and for Canada that the European Union is not now capable of having an international accord even with a country that has values as European as Canada."

Already, Canada and the EU have made several attempts to satisfy critics’ concerns of CETA. For instance, Canada has accepted the EU’s proposal to create a permanent tribunal to settle disputes between firms and states with judges who be appointed by the federal government and the European Commission, leaving no say to firms unlike the original proposal based on the traditional ad hoc arbitration model.

Canada and the EU have also added language in the CETA text to reinforce the notion that governments’ legal and democratic prerogative to adopt laws and regulations that they think are best for their society and economy cannot be challenged by firms using CETA’s investor protection provisions. This language was made even stronger with a joint declaration issued last week by Canada and the EU, in response to the Walloon threat, that will become an integral part of CETA and therefore have legal validity. In recent days, additional attempts (not made public) have been made by Canada and the EU to mollify the Walloons in order to get them to change their position and allow CETA is go ahead.

Seven years of intense negotiations are now highly likely to go down the drain. Canada’s future economic growth prospects will be diminished as a result. Canadian firms will lose a great opportunity to gain easier and cheaper access to an economy the size of the United States that is already Canada’s second largest economic partner. This is a missed opportunity for Canada as well as the EU.

For the EU, the repercussions are even greater. As minister Freeland said, if the EU cannot get a deal done with Canada, who “the heck” will it be able to do deals with? The Walloons have now sent an important message to the populist right and left in Europe: we can stop Europe’s globalization! In the context of elections in France, Germany, the Netherlands next year and a referendum on constitutional change in Italy, where in all these cases populist parties that are anti-EU and anti-globalization stand a decent chance to win, it is doubtful that EU political leaders will try to change the rules of the game in favour of allowing EU institutions to ignore blocking minorities. Otherwise, they would be accused of ignoring le peuple. Leaders of populist parties would again lament that the EU elites are out of touch with the concerns of their populations.

This means that the Transatlantic Trade and Investment Partnership (TTIP) that the EU was negotiating with the United States is also dead. Until now, we thought it was going to be the Americans who would kill the deal but it is the Europeans who have done it in the end.

It also means that Britain is in for a very hard Brexit. Once it has negotiated its exit from the EU, the UK has to negotiate its economic partnership with the EU. It is hard to imagine under today’s circumstances how the Brits are going to get a good deal from the EU. It is even entirely possible that they might have to trade with EU under World Trade Organization rules for years to come. This is not quite what the Brexiters expected.

Even more worrisome for Canada and the rest of the world is the fact that, in the EU, we have now lost a key player in maintaining borders open to international trade and investment. With the Americans who are also very likely to be reluctant to negotiate and sign international trade and investment agreements in the coming years in light of the ugly politics of the soon-to-be over US presidential campaign, who will lead the fight against protectionism and economic nationalism around the world. Canada cannot do it alone!

As a trading nation that benefits from open borders, this should be of great concern for Canadian political and business leaders.

Canada is now zero for two with its mega-regional trade deals with CETA’s failure and the very likely failure of the Transpacific Partnership (TPP). What should we do? Certainly, reactivating our trade negotiations with the Japanese is now a must. The recent announcement of Canada and China exploring the possibility of launching free trade negotiations is also good news; however, we should not fool ourselves into thinking that such negotiations will be easy and that the outcome will be anything like CETA or TPP. The scope of a free trade with China is likely to be much more limited, though welcomed.

One last possibility for Canada’s new trade agenda may be to focus on modernizing the North American Free Trade Agreement (NAFTA) with Mexico and the US. In fact, there might be an opening to convince Hillary Clinton, who should be the next president, and her Democratic party, which hopefully will retain its majority in the Senate, to adopt many of the provisions found in CETA, which is considered by many to be a “progressive” free trade agreement. Unless there is opposition to free trade at all, which is what seems to be happening in Wallonia and other parts of the EU, the Americans might be amenable to such a modernization of NAFTA. It may even convince some moderate Republicans who are generally pro free trade to support such an endeavour.

That’s the best that our political and business leaders can do for the time being.

Patrick Leblond is Senior Fellow at the Centre for International Governance Innovation and holds the CN – Paul M. Tellier Chair on Business and Public Policy in the Graduate School of Public and International Affairs at the University of Ottawa