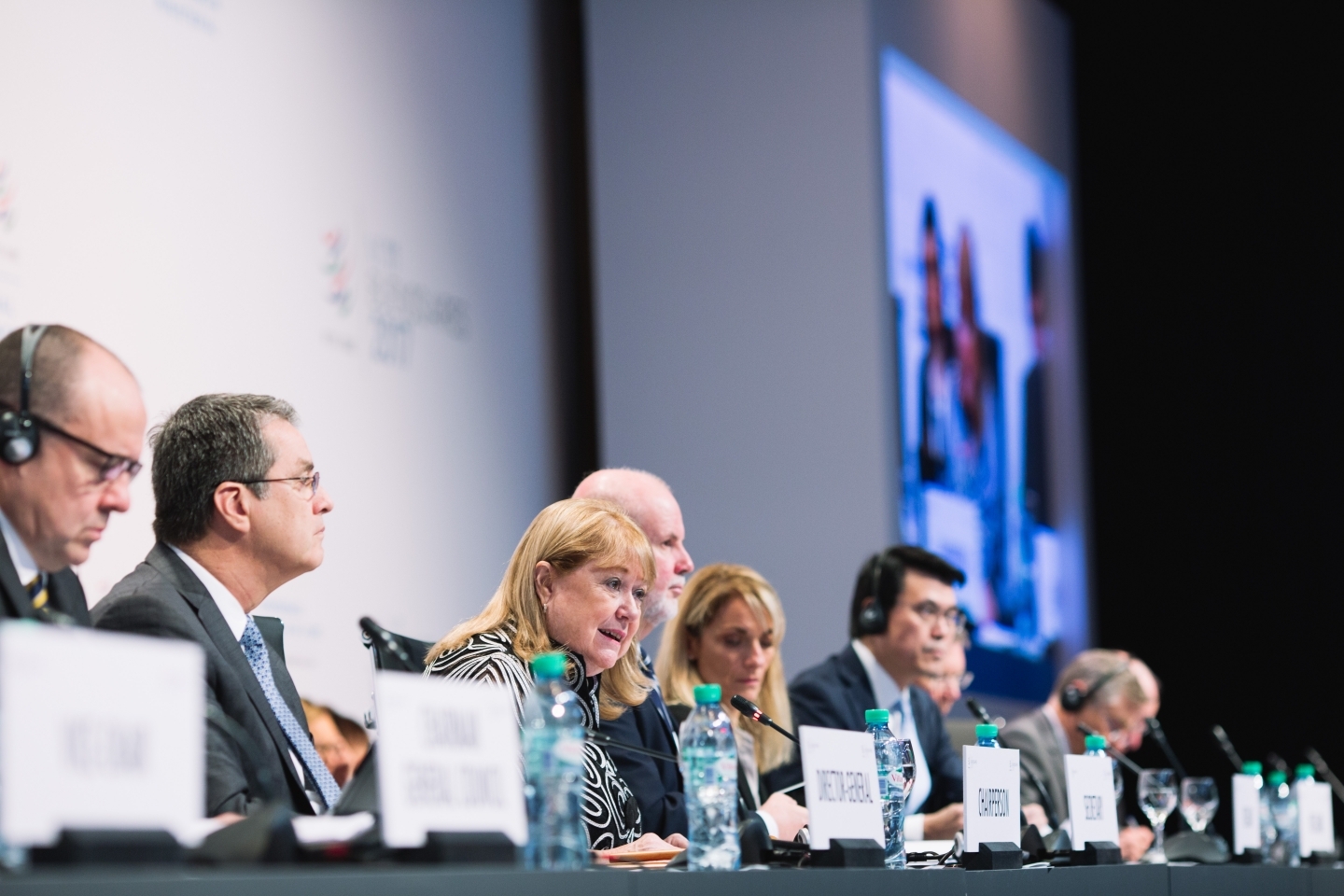 The eleventh World Trade Organization (WTO) Ministerial Conference in Buenos Aires resulted in advancements on many fronts, but it also highlighted that we have not moved as far and as fast as one would have liked. Questions about the state of the international trade system overshadowed the deliberations and brought an inward-looking focus that precluded us from achieving an ambitious outcome.

Nevertheless, there is one area of great hope that came out of Buenos Aires — one of those rare moments when an opportunity was seized. The Declaration on Trade and Women’s Economic Empowerment was a great success — 118 countries signed it. In times of hesitation about the future of trade, collectively, we were able to recognize the key role women can play in a fair, just and sustainable international trade system.

The fact that so many countries, both members and observers of the WTO, rallied behind women’s empowerment in this field signifies that not everything is lost. Women represent a unique opportunity to equalize the playing field and to increase trade opportunities for all.

Women can create a ripple effect by gaining their rightful position and by formalizing their role in economic terms. Their enhanced capacity to participate in international trade will strengthen their ability to have a positive and decisive influence on themselves, their families and their communities. This is in line with the aspirations we all set for the world when adopting the 2030 Agenda for Sustainable Development in 2015.

The UN Sustainable Development Goals (SDGs) have a few transversal levers: women and trade are two of them. By making this commitment explicit through the Buenos Aires declaration, we have reinforced the potential they both have. Not only have we complied with a long overdue decision, we have paved the way for a more equal and integrated world.

I have seen women multiply their opportunities in ways that once seemed impossible. In refugee camps, women are capable of enhancing the basic aid basket they receive for their families through trading, crafting and adding value. Soap or rice can have an amazing effect in the hands of women.

Women in remote areas, with a basic cellphone, sell their homegrown or handmade products in a manner that changes the economy of their household and their community. They walk kilometres, exposed to all kind of hazards, to get to the weekly market and offer their products.

I have seen women transform the lives of those who depend on them with little more than a sewing machine.

These examples are real but lack the power of integration — the multiplying effect that access to financing, land title and effective communications can bring. Humanitarian organizations recognize the proven fact that women outperform men in managing scarce resources and that they are more capable of making community-conscious decisions when faced with the opportunity.

By signing the Buenos Aires declaration, governments recognized women’s contributions to trade and the economy at large — this is a significant first step. Now, it is up to those governments to breathe life into the declaration with policy decisions that make women visible in economic terms. It is not through words, but through deeds that the SDGs will have the impact they were meant to have.

I am convinced that the supporters of women’s economic empowerment and participation in trade have strengthened in Buenos Aires. They must now deliver on their promise of support. This is not about adopting a politically correct approach; it is about impacting the lives of people all over the planet.

Women’s economic empowerment means not leaving anyone behind, giving women the opportunity to fulfill their potential in a world that is equal for all. Let’s keep the flame high; let’s work for this future in an inclusive way that maximizes the impact on all and for all.

The impact can only come with a continuation of the momentum built in Buenos Aires. With the right implementation, the WTO Ministerial Conference will be remembered as a foundational step toward building a better future in which women take half the burden and half the opportunity, as it is fair and as it must be.