By Even Considering Closing the US-Mexico Border, Trump Risked Shooting Himself in the Foot 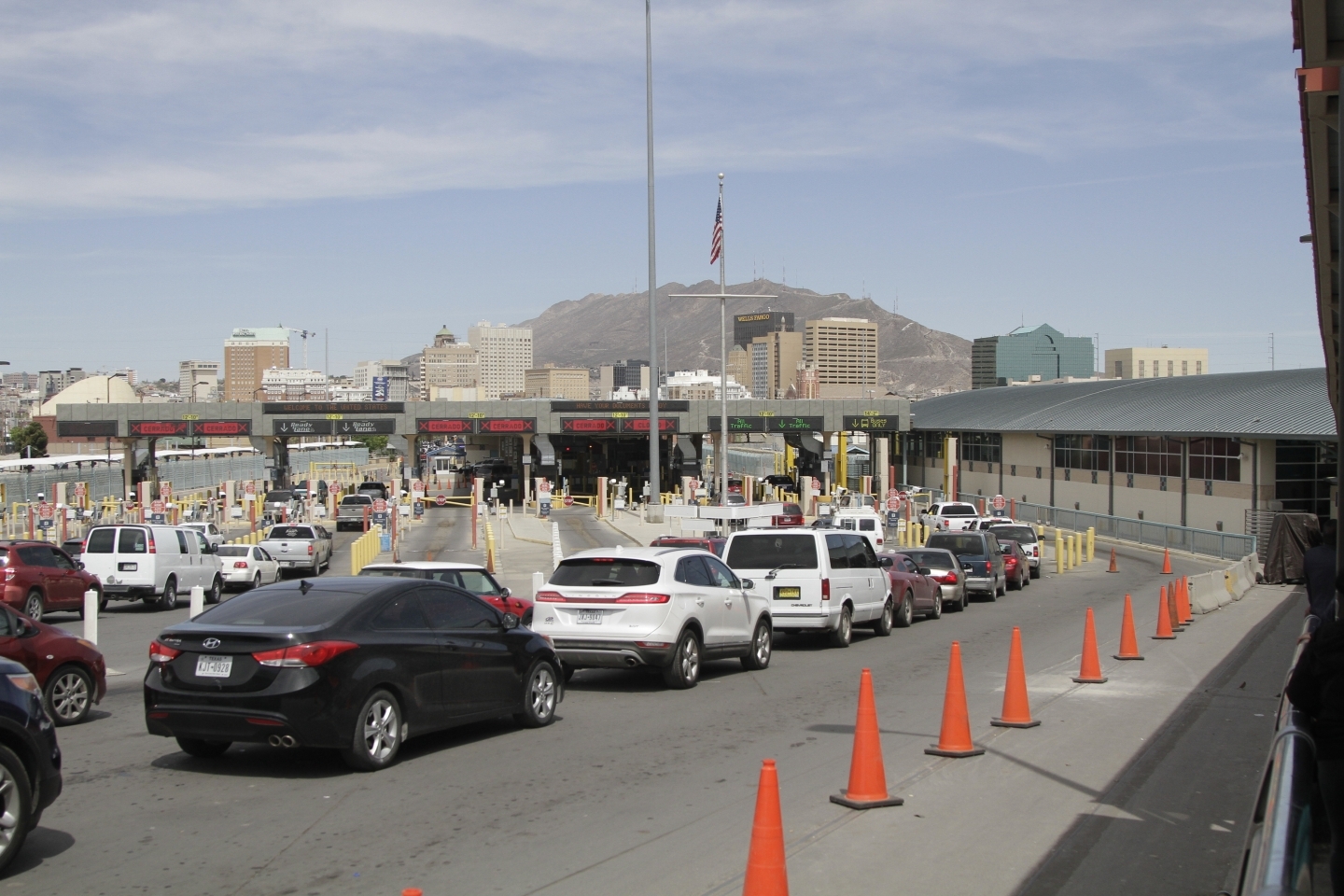 Vehicles from Mexico and the United States approach a border crossing in El Paso, Texas on April 1, 2019. (AP Photo/Cedar Attanasio)

After days of increasingly high alert, U.S. President Donald Trump’s public threats about closing the border with Mexico – unless, he said, it did not immediately stop illegal immigration going into the United States through their shared border – appear to be at an ebb. But then again, who knows for sure with this fickle President: after a Thursday announcement that Mexico would get a one-year reprieve on any potential border closure, adding that “if the drugs don’t stop or largely stop, we’ll put tariffs on Mexico and products, in particular, cars," he appeared to hedge the very next day. “I’m totally willing to close the border," he said on Friday at a California border city, “but Mexico over the last four days has done more than they’ve ever done.”

Regardless of the outcome, the past few days of truculent rhetoric and mixed messages from White House staff alone are telling. Indeed, during that whole period, nobody quite seemed to understand what he meant by “closing the border” – whether he would order the shutdown of crossings of people on foot and by car, if he would stop trade in goods between the two countries or just stop imports from Mexico into the United States.

After all, closing the border entirely to one-way or two-way trade would have a far greater economic impact than the much-feared scenario of the United States withdrawing from the North American free-trade agreement (NAFTA). Without NAFTA, or its proposed replacement, the United States-Canada-Mexico Agreement (USMCA), costs would balloon, but trade could still take place. U.S. Trade Representative Robert Lighthizer has been active lately promoting USMCA in the U.S. Congress, but has been conspicuously silent about Mr. Trump’s border belligerence.

That matters. Yes, stopping one-way or two-way trade flows would have a huge impact on Mexico’s economy – but the United States and Mexico are heavily interdependent on bilateral trade. According to the Office of the U.S. Trade Representative, two-way trade in goods between the United States and Mexico in 2017 totalled US$557.6-billion. Around 80 per cent of that trade takes place by land, through Mexico’s northern border.

Mr. Trump’s warnings were, undoubtedly, more about partisan politics and appeasement of his base than security. But closing the border to trade would in fact greatly affect the people who form that base, just as much as everyone else. In contrast to the tariffs that the United States imposed in 2017 on imports of steel and aluminum products, which were on intermediate goods – meaning goods that are further processed to manufacture other goods – closing the border would immediately and directly affect final consumers.

For instance, Mexico exported US$84-billion in vehicles to the United States in 2017. For many models, production and service would come to a halt in a few days because manufacturing takes place on both sides of the border with goods crossing from one country to the other multiple times before a vehicle is finally assembled. Additionally, Mexico is the largest supplier of agricultural products to the United States, totalling US$25-billion in 2017.

Shutting down that border would also affect trade with Canada, too, as many goods find their way to Canada through the United States.

When Mr. Trump last assailed Mexico through those aluminum and steel tariffs, Mexico was quick to retaliate by adopting measures of equivalent effect on imports of products meant to compensate for lost trade and affect producers in the President’s political base. This time around, Mexican President Andres Manuel Lopez Obrador has taken a wait-and-see approach: “I prefer love and peace,” said Mr. Lopez Obrador, an oddly tame response from a leader known for excoriating his political opponents.

The reality is that Mexico doesn’t have a lot of recourse here. State-to-state dispute settlement mechanisms in the World Trade Organization (WTO) and free-trade agreements are not designed to address the kinds of far-reaching measures that Mr. Trump threatened to deploy, and would simply take too long even if they were effective. NAFTA has long been unable to address issues of such scope, and the WTO may actually become defunct altogether by December, in both cases because the United States has blocked appointments to panels and the WTO appellate body.

But then again, if Mr. Trump restricts two-way trade, he may do Mr. Lopez Obrador’s retaliatory work for him. He would be shooting both countries in both feet.

A day before ultimately announcing the one-year reprieve, Mr. Trump approved of Mexico’s efforts to apprehend “a lot of people" crossing the border. It still remains to be seen what number of people would be enough to convince Mr. Trump not to hurt many more, all across North America.