Five Big Trump Calls That Will Change Everything 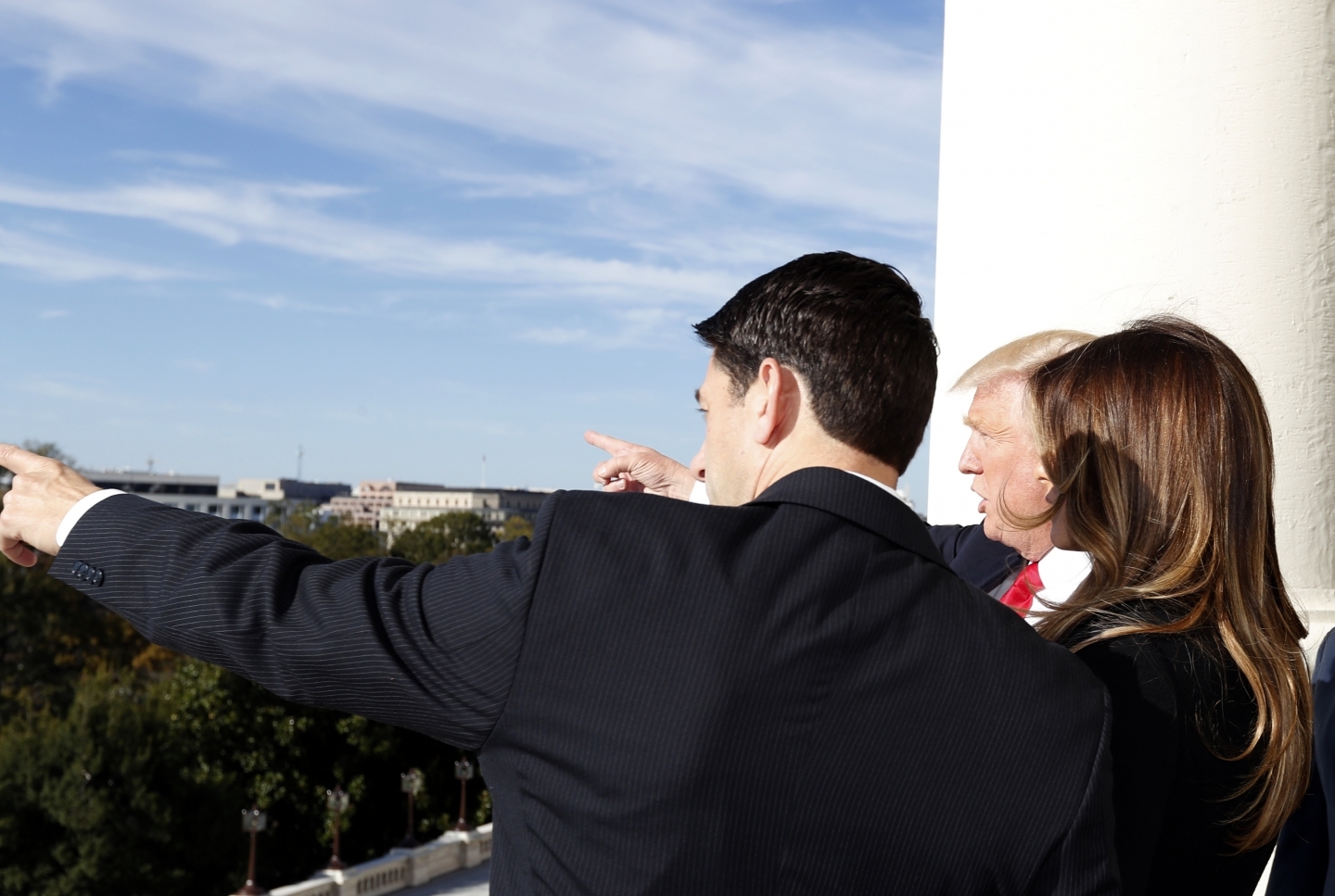 The surprise election of Donald Trump has plunged the world into a period of deep uncertainty that will last months, if not much longer – and with a potentially heavy cost to the global economy.

Trump has never articulated a comprehensive economic program. Instead, we were given a mish mash of ideas and aspirations that simply do not add up, as seen in the frequent revisions during the campaign. It was for this reason that the Economist Intelligence Unit ranked a Trump election as one of the top 10 risks to the world economy – greater than Brexit or a confrontation in the South China Sea. And Moody’s economic analyses concluded that, if taken at face value, Trump’s proposals could produce a prolonged recession in the US and heavy job losses that would fall hardest on low- and middle-income workers.

It is also a mystery as to who will form his economic team in office. Most previous officials with the requisite experience and expertise refused to support Trump during the campaign. Not a single person who had served on the President’s Council of Economic Advisors (during Republican or Democratic times) endorsed Trump. Even though Republicans will now control both Houses of Congress in addition to the Presidency, many in Congress have very different views on the right policy choices which could lead to conflict and even stalemate.

One thing is for certain – there’s a lot at stake. A Trump presidency will continue to create a lot of questions for the global economy at large. I’ve given thought to five of them here:

1. With an election platform based on protectionist rhetoric - what will happen to global trade?

On trade policy, Trump has stated in his “Contract with the American Voter” that on his first day in office, he will announce his intention to renegotiate NAFTA, withdraw from TPP, label China a currency manipulator, and launch an attack on all unfair trade practices. This is tantamount to a declaration of a trade war. As the Peterson Institute and the Cato Institute have pointed out, this could lead the world into a global recession, as other countries respond with retaliatory protectionist measures. Trump’s policy of America First threatens US leadership of the global economic system. The Mexican economy is being battered because of his reckless talk even though Mexico has been a vital ally and its government has endorsed reforms long sought by the US. China is already moving to reinforce its central economic role in Asia as Obama’s Pacific Tilt is floundering along with TPP. The US no longer has the absolute power to force the global system to do its bidding. We live in a multi-polar system now. Cowboy talk may win votes in an election but it will gain little in international negotiations.

2. How will Trump compromise with Congress on fiscal policy?

On macroeconomic policy, Trump has promised no changes to entitlement spending, increased defense spending, a major infrastructure program and tax cuts. Independent analyses conclude that this will lead to an increase in the national debt. To implement this, Trump will need agreement with Congress who favor reduced social expenditures and balanced budgets. Will compromise be possible and where will it be found? A more expansionary fiscal policy (with an emphasis on infrastructure spending) should be welcomed but is it politically attainable? Add to this mix, Trump’s proposals on building a wall and massive deportation of undocumented workers, if carried out in extremis, carry huge fiscal costs.

3. Given Trump's criticism of the Fed – is Yellen’s role secure and who might replace her?

On financial policy, Trump has said he will throw out Dodd-Frank (introduced in response to the last financial crisis) and introduce new less restrictive financial legislation/regulation. What happens to the international commitments that the US has agreed to through the G20? What will the impact be on financial stability? It was not the Democrats that brought the world the financial collapse in 2008 after all but rather the lax regulatory approach of the Republicans. Perhaps one of the biggest hits will be to global economic cooperation through the G20. The G20 was created to manage our economic interdependence. Trump’s America First flies in the face of that. How will Trump manage US commitments to resist protectionism, promote trade liberalization, maintain financial instability and work together on addressing climate change. Prospects for the next G20 Summit to be held in Germany have just been given a cold shock. This comes at a time when the credibility of the G20 is seen by many at issue. Could Trump’s election be the death knell for the G20?

On the environment, Trump has declared that he does not believe the science of global warming and in his “Contract”, has said that he will lift regulations on the energy sector thereby boosting fossil pollution and cancel billions in payments to the U.N. climate change program.

Of course, we don’t know what Trump will actually do. His policy ideas have been too vague and not fully elaborated. We need to hope that expertise will agree to serve in his government and provide the advice that rational decision making requires. And we need to hope that Congress will provide a check on outrageous policy proposals. It has been written that Trump is more of a negotiator than a crusader. Perhaps his views will reshape into something more coherent.

But we also need to realize that Trump was elected on an America First, protectionist, anti-globalization platform with promises to restore manufacturing jobs and achieve 4% economic growth that are not going to be realized. He can’t just turn around now and say that those promises were only to get elected and now he has to be realistic, without facing an uprising. Can he deliver something to placate his electoral base without throwing the global economy into chaos? Or will his actions launch the world into a de-globalization phase where it is every country for itself in a zero-sum world.

The only thing we can count on is that we face huge uncertainty in the days ahead.