Forecasting in the Age of Uncertainty

IMF economists are struggling to model Trump, but have found grounds for optimism about the global economic outlook 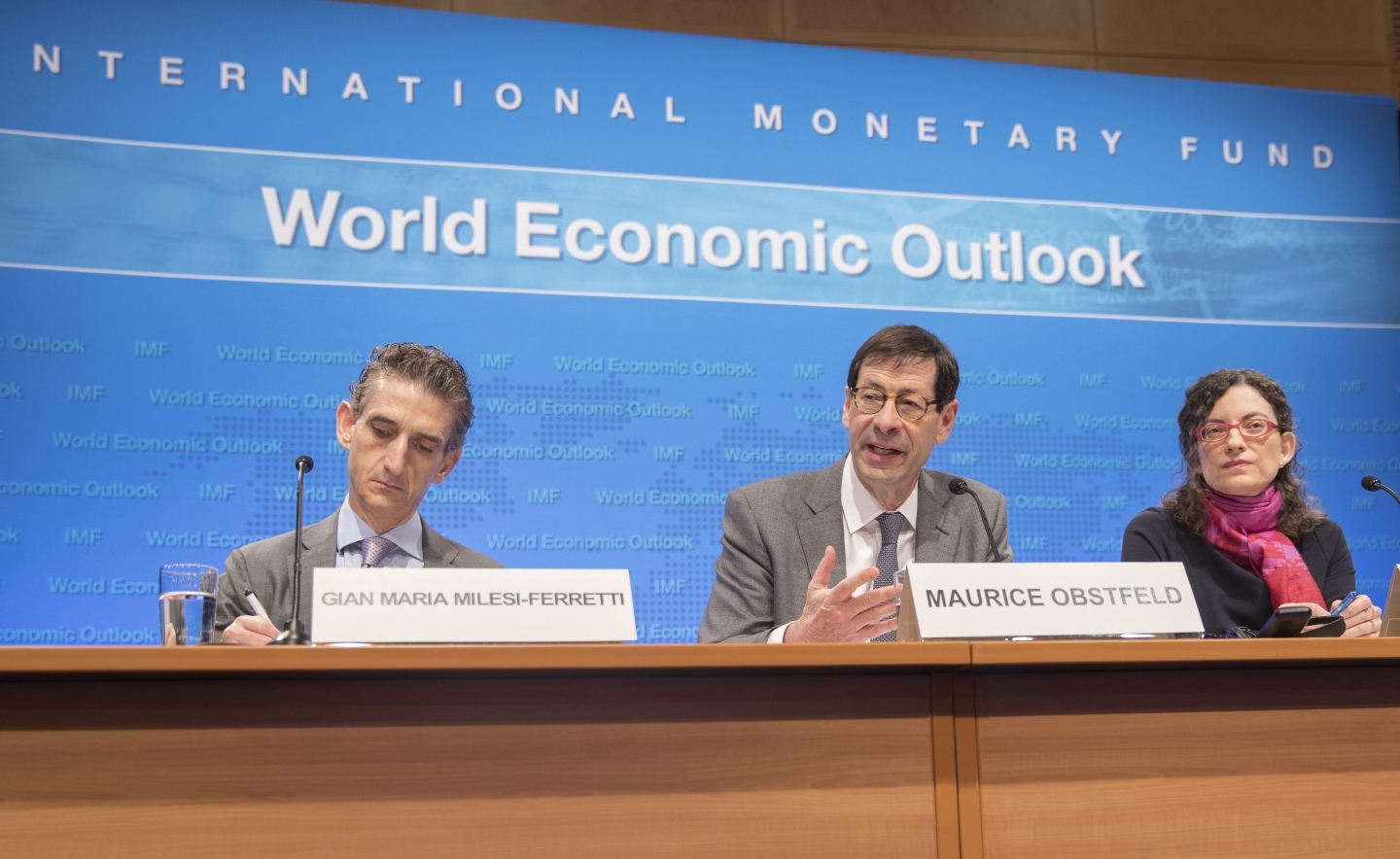 The International Monetary Fund (IMF) has published its most positive assessment of the global economy in years. But, instead of celebrating, the Fund would like us to temper our enthusiasm. There’s something ephemeral about this burst of good news. It could evaporate quickly.

World GDP will increase 3.5 percent in 2017, according to the IMF’s latest forecast. That’s a slight improvement from the Fund’s previous prediction in January, and significantly better than last year’s growth of 3.1 percent. “We’re very happy to see the long-awaited pickup has come to pass,” Maurice Obstfeld, the institution’s top economist, said at a press conference in Washington. “Everything seems to be going in the right direction.”

It has been six years since the IMF revised one of its forecasts higher, so maybe the Fund has been conditioned for disappointment. But Obstfeld appeared doubtful that the better times will last: he said there is a greater chance his forecast will prove to be too optimistic rather than the opposite. His caution may be due to so much of the global economy’s pep relying on Donald Trump, the erratic US president, who said that he would force government agencies to buy more goods and services from American companies and cut work visas.

The global economy is stronger to some extent because of higher commodity prices, fiscal spending in China and a modest rebound in global trade and manufacturing. But what’s really causing the forecast models to compute better results is the combination of buoyant financial markets and off-the-charts readings of consumer and business confidence — encouraged, it seems, by Trump’s pledge to ignite US growth by slashing taxes and regulations. With his fellow Republicans running Congress, it seemed plausible Trump would actually do what he said. The US president has given the world lots of reasons to dislike him, but most have agreed that he could be good for the economy, at least in the short term.

So far, Trump has been a disappointment. The president and the Republican leadership in Congress failed spectacularly when they tried to pass a new health care bill earlier this year. They burned political capital that could have been used to overhaul the US tax regime. They also pushed back the date at which those tax cuts will take effect —

if they take effect. There now are doubts about Trump’s legislative skills. The collapse of the Republican effort to replace Barack Obama’s signature health reforms showed Washington’s governing party lacks unity. An effort to slash taxes as deeply as Trump suggested on the campaign trail will meet opposition from Republicans who champion debt reduction.

The IMF is unsure executives and investors have absorbed the possibility that Trump could disappoint them. Obstfeld said confidence surveys were at “elevated levels,” implying animal spirits could subside. The Bank of Canada confronted a similar problem in its latest quarterly forecast. In January, Canada’s central bank attempted to quantify the “Trump effect,” saying fiscal stimulus would raise US GDP by 0.5 percent by 2018. And then, in April, it reversed course. Upon review, Canadian policy makers decided that the uncertainty over US trade policy and the lack of progress on taxes was actually a negative for Canada’s economy. The central bank now predicts Canadian exports will decline slightly over the next couple of years.

The IMF is also struggling to model Trump.

Under a best-case scenario, where tax changes and infrastructure spending are carefully designed to expand the economic potential of the largest economy, GDP could grow by more than one percent by 2025. But if Trump ends up only cutting the taxes of the wealthiest households, which have a lower propensity to spend, and the infrastructure money ends up building roads to nowhere, the growth would be half that much, the IMF said.

There is no scenario in which the United States doesn’t accumulate more debt. That fact will force the government to tackle spending or risk a financial hangover. Interest rates will rise, as the Fed counters inflationary forces and bond traders demand higher yields from a country with an increasingly heavy debt load. Higher import demand from the United States would help the country’s trading partners — unless Trump imposes trade barriers or favours US companies. The dollar likely will remain strong, a problem for countries and companies that have borrowed in the US currency instead of their own

That’s only a rough sketch of how the Trump years could unfold. There are so many other possibilities, including, suddenly, military confrontation between the United States and North Korea or Russia. The growth rebound is real, but Obstfeld can be excused if he doesn’t yet believe the numbers. There are too many things that still could go wrong.