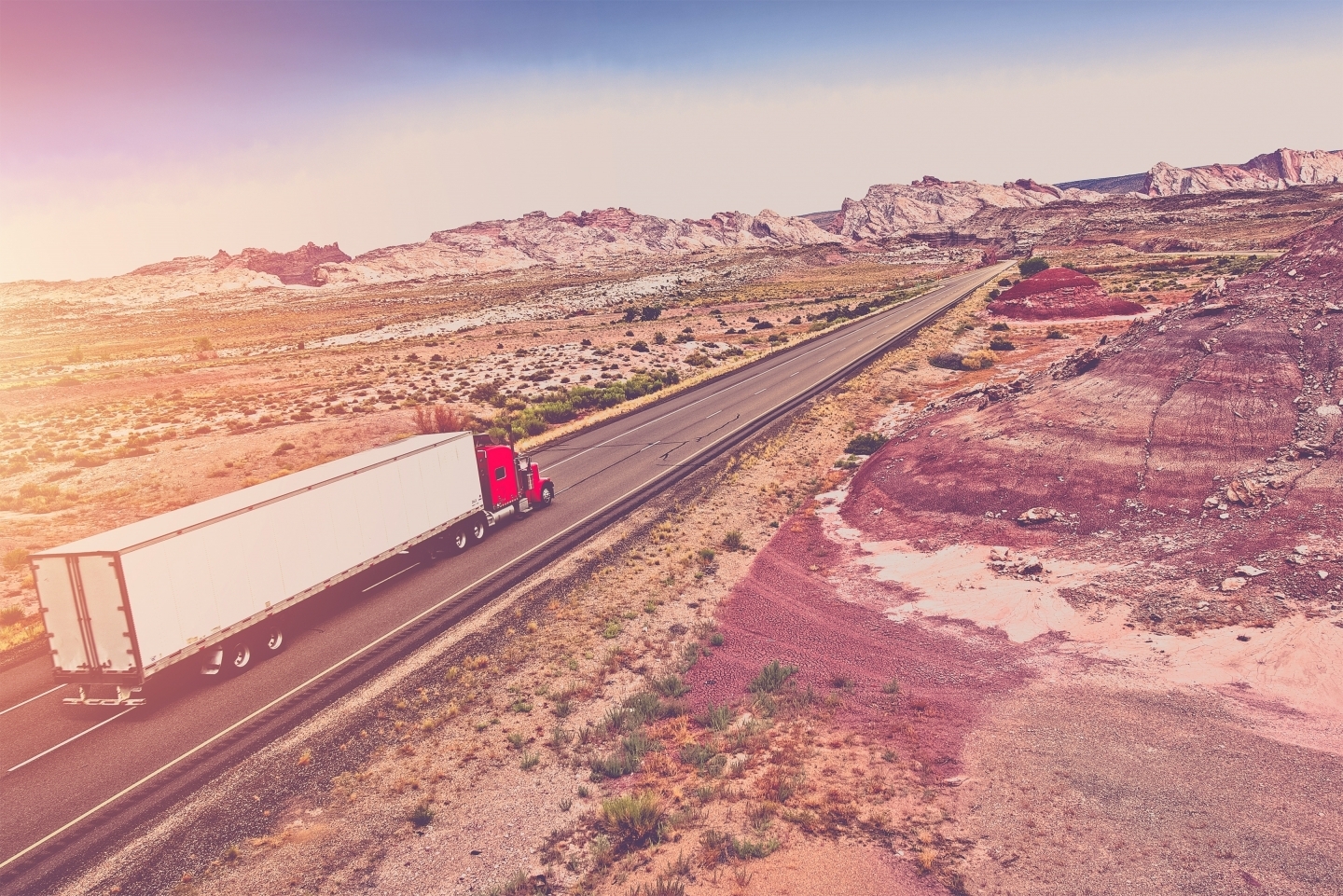 The US recently set out its NAFTA negotiating objectives. As reported elsewhere in this series, there were few surprises for close watchers of the file. Foreign Affairs Minister Chrystia Freeland is scheduled to outline Canada’s agenda on August 14, just days before Canada, Mexico and the US meet in Washington to begin formal negotiations. Given that Canada will be largely focused on maintaining US market access, while playing defence on supply management and a few other areas, it would be smart for Freeland to keep her cards close to her chest.

Now that we know what the US wants, how can Canada best position itself? Here I offer four principles for contributing to a negotiating strategy that can protect and further Canadian interests.

Offer Trump a gift but no free lunches

Donald Trump’s 1987 book The Art of the Deal demonstrates that he has always derived satisfaction from naming and shaming his adversaries and crushing any opponent — even one he admires and respects. The book also reveals that he has long practised a hokey sort of showmanship around his projects, something he has continued to roll out as president (for example, his overhyped deal to “save” US jobs at the Carrier plant). He knows and doesn’t care that it’s mostly smoke and mirrors, and he’s betting that Americans don’t dig too deeply into the real stories underlying his attention-grabbing headlines.

In this vein, Canada should give Trump a couple of easy wins that he can gloat over in the press. For example, I’ve previously argued that Canada should unilaterally raise our comparatively low C$20 de minimis customs duty threshold to something closer to that of the US (US$800). This could be a gesture of goodwill toward Trump’s goal of breaking down barriers to US exports. The increase would be welcomed by Canadian consumers, would benefit many small businesses and would reduce costs for our government to collect nuisance duties on small purchases.

Conveniently, the US has set a goal of convincing Canada and Mexico to increase our de minimis levels to $800 as a NAFTA objective. This is a great opportunity: we can negotiate a sensible dollar value and either seek something in return or offer it to Trump as a gift. Although this action would actually be a very small concession by Canada, in a nod to Trump’s love for ostentation, our leadership would be wise to feign great injury when Trump calls a press conference to announce how he stuck it to Canada over customs duties.

In this calculated manner, Canadian negotiators should also ration generosity at the table, cashing in chips with the brass tacks US administration whenever possible. One area would be over the American goal of replacing NAFTA’s current side letters on labour and the environment with enforceable chapters based on the now defunct Trans-Pacific Partnership (TPP) text. Although Canada has already pledged its support, Mexico is much less enthusiastic about both chapters and the US remains the demandeur. If Canada is now going to work with the US to pressure Mexico, we must seek something from the Americans in return.

US objectives that seek to stack the deck in favour of Americans on government procurement or would thwart Canada’s ability to resolve disputes successfully must be firmly rejected. Reciprocity is a core principle that governs Canadian trade negotiation policy. Among other things, it helps ensure that our “nice Canadian” reputation isn’t confused with “pushover” by our trading partners. Our use of reciprocity was honed in TPP negotiations, when Canada stringently adhered to this principle. For example, on temporary entry provisions for skilled professionals, Canada offered broad labour mobility provisions to any country that would extend the same privileges to Canadians. According to his own accounts of bullying business partners, Trump doesn’t respect or value reciprocity. But many in Trump’s administration do understand the give-and-take required and can be helpful in this respect. All the same, negotiating asymmetrical outcomes that potentially kneecap our businesses is not in Canada’s national interest and we must stand firm.

Focus on today and the future

It’s easy — and usually politically necessary for our elected representatives — to get caught up in today’s trade battles: softwood lumber, dairy, steel, manufacturing jobs. The Trump administration is more than seized with trying to negotiate NAFTA to “fix” its grievances. While Canada must strongly defend current sectors of our economy targeted by the Americans, we also must resist US attempts to keep the North American economy from moving forward to the future.

According to the Bank of Canada, for every goods-producing job that has been lost since 2001, 30 services sector positions have been created. In this respect, it will be worthwhile for Canada to work with the US on its objectives to expand trade in services, as well as digital trade. Previously agreed TPP text on telecommunications, financial services and e-commerce offers the three countries a logical path to move forward quickly, allowing them to avoid many of the political landmines that could drag down negotiations in these areas.

But we need to think even bigger and more urgently about the future economy — one that will be digital, service-oriented and increasingly built on artificial intelligence. Will our traditional trade rules remain relevant for such a future? For example, NAFTA’s rules-of-origin chapter pertains only to goods. But the future is in services, where there are no requirements around regional content. Further, one of the primary purposes of rules-of-origin chapters is to create and protect jobs for domestic citizens. Yet if many goods-oriented assembly jobs will soon be performed by machines, rules about “final assembly” designed to retain jobs in home jurisdictions are less useful. Further, there is often much less economic value in the source materials (which count toward regional content) that go into manufactured products compared with the innovation and R&D processes involved (which don’t count).

Canada can’t be complacent: the future will soon be upon us. The 3D printed shoe is already being produced today in North America by robots. As it stands, the source materials used to generate the shoes are what is tracked for NAFTA preferential treatment. But virtually all of the economic value and human jobs involved in the overall production of those shoes are in the innovation and design elements, marketing and customer interfaces. NAFTA negotiators would do well to ensure that the rules they negotiate today make sense for the economy of 2025.

Use our other trade partners as swords and shields

Finally, it’s important to remember that trade negotiations almost always involve absent partners — future trading partners and other countries with which we already have signed agreements. When Canada negotiated the Canada-European Union Comprehensive Economic and Trade Agreement (CETA), Europe was preoccupied with its future deal with the US, and thus advanced positions to improve its separate negotiations with the US. (In fact, European concerns about its future US deal were at the heart of last year’s Wallonia debacle that almost sank CETA.) In short, the Europeans were using the CETA negotiations as both a sword and a shield with the US. Canada must do the same with NAFTA negotiations in two respects.

First, on issues such as rules-of-origin for vehicles, Canada will need to carefully ensure that anything we negotiate in NAFTA will not be incompatible with — or disadvantage Canada — in agreements we have already negotiated with other countries.

Second, Canada and the US should look down the road and consider China when negotiating NAFTA. We should cooperate with the Americans and use NAFTA negotiations to set standards around nonmarket and anticompetitive trade practices used by China and others, with an eye to potential future trade deals with such countries. Specifically, US objectives to promote transparency and competition while placing limits on state-owned enterprises should receive Canada’s support and would enable us to point to these provisions in any future trade negotiations with China.

In its previous trade negotiations with the US, Canada entered talks with a willing partner keen to reach an agreement that both parties supported. This time will be different. There will be no joyful renditions of “When Irish Eyes Are Smiling” by our national leaders at the end. Nevertheless, our many decades of experience negotiating trade arrangements with Americans has made Canada’s team of negotiators second to none. In a long essay on the TPP negotiations in Politico magazine last March, the US’s agricultural negotiator Darci Vetter said that negotiating dairy access with Canada was “the most painful thing [she’d] ever done.” No higher compliment could be paid to Canada’s trade negotiators as they seek to defend Canada’s interests in NAFTA and modernize it for the 21st century.

Now that we know what the US wants, how can Canada best position itself?
View Full Article
The opinions expressed in this article/multimedia are those of the author(s) and do not necessarily reflect the views of CIGI or its Board of Directors.

Has the time come to replace NAFTA?