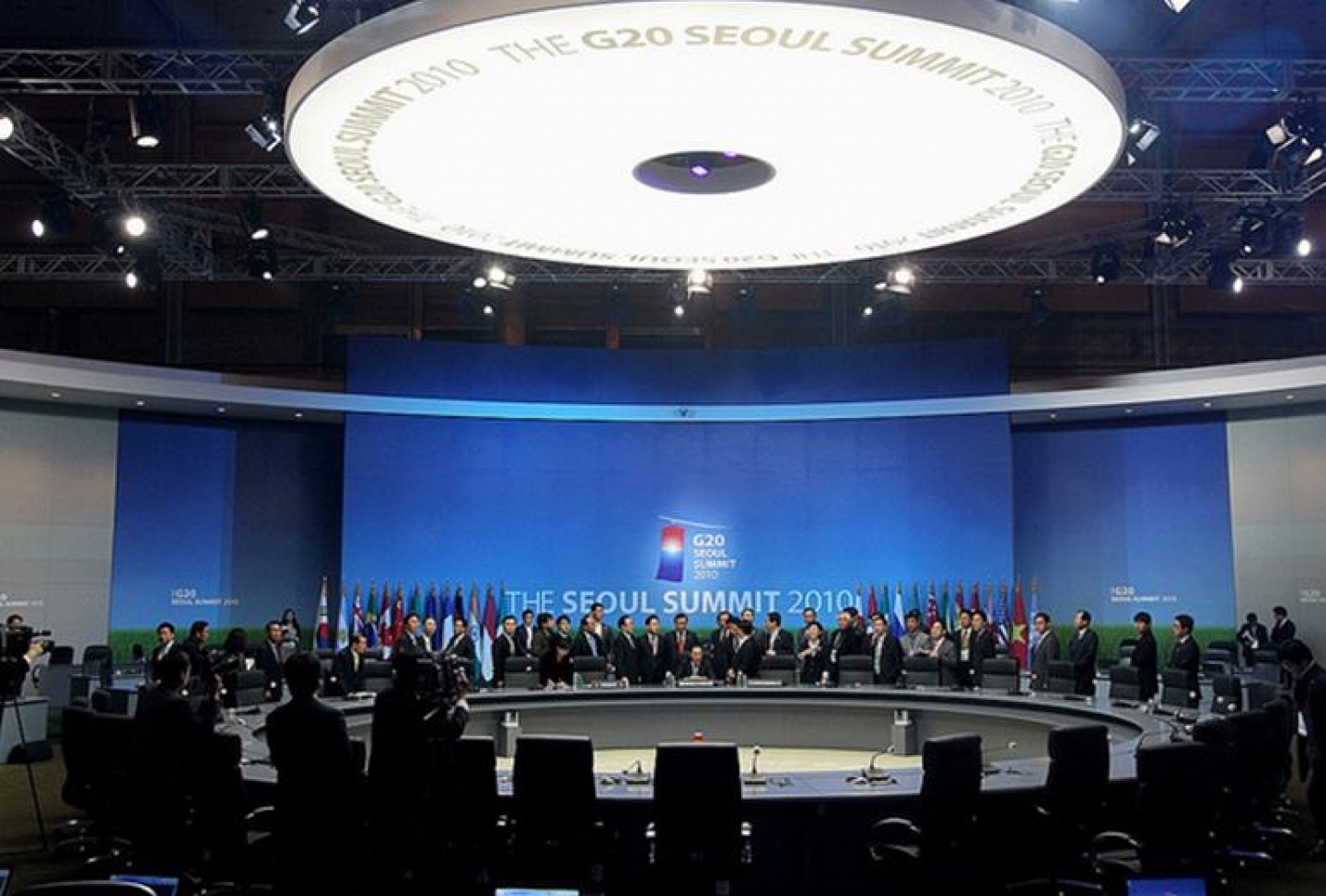 This morning here at COEX, the official site of the Seoul G20 Summit, the Korean foreign ministry gave a briefing on the results of the all-night leaders’ representatives and sherpas meetings.  The main message was that the other members of “the 20” have affirmed that the Korean presidency had made a lot of progress on the draft framework agreement for the Summit.

The Korean representatives are pleased that “significant progress” was made during the night on almost all areas, except on exchange rates and current account.  The Koreans noted that the discussion became quite heated at certain moments during the night, as the representatives were relaying the messaging from their political leaders – meaning, unfiltered, unlike when the leaders meet face-to-face.

But it should now be patently obvious that currencies and financial and trade imbalances are the most intractable issues for the G20 to address – more importantly, for the health and future stability of the world economy – and yet the most difficult challenge for the Group to manage.  The “collective action problem” is the issue where the international economics of the G20 meets international politics; where the systemic interdependencies or the collective good runs up against national interests.

On exchange rate and imbalances, the national interests of the two most powerful economies in the world today are now at odds.  And these two Paramount Powers actors do not share a security pact.  We are at the impasse where macroeconomics runs into the wall of geoeconomics.

The crux for the Summit now is whether the G2 will allow the G20 to save face here in Asia?  One could argue that this issue – currency and current account – has become the biggest test for the G20 for its future legitimacy.

We already have indications that Beijing has been looking beyond the Seoul Summit for the past few weeks – and now also QE2.  It was not by accident that Chinese President Hu Jintao was in France just a few days ago, the next G20 host country, in order to firm up mutual commitments (between Paris and Beijing) to tackle the international reserve currency situation and the international monetary system.  That Beijing is offering to help ensure the success of the next Summit in France is telling. China is strategizing beyond the immediate and the urgent. Even as the Obama presidency is facing a more hostile Congress.

The G2 are holding their own bilateral meeting today. They will definitely talk about exchange rates and current accounts.  By the end of the larger meetings tomorrow, it is likely that Beijing and Washington will reach some kind of “agreement in principle” here in Seoul to address these concerns.  This morning’s briefing confirmed that the “G2” have already provided their mutual assurances to the Korean hosts.  It should not be a surprise if the G2, under the cover of the G20, also commit the key leaders to discuss further at the APEC Leaders Summit in Yokohama in a few days, to work out consensus on some of the details.

One source of optimism for the Seoul Summit is that the hosts have worked tirelessly for more than a year to try to make sure that this G20 Summit will be a success.  The Koreans presidency has gained the respect of their peers – the great powers and the other principal actors.  This will not be forgotten, here, in Asia.

Gregory Chin is a senior fellow at The Centre for International Governance Innovation in Waterloo, Ontario and assistant professor of political science at York University in Toronto.