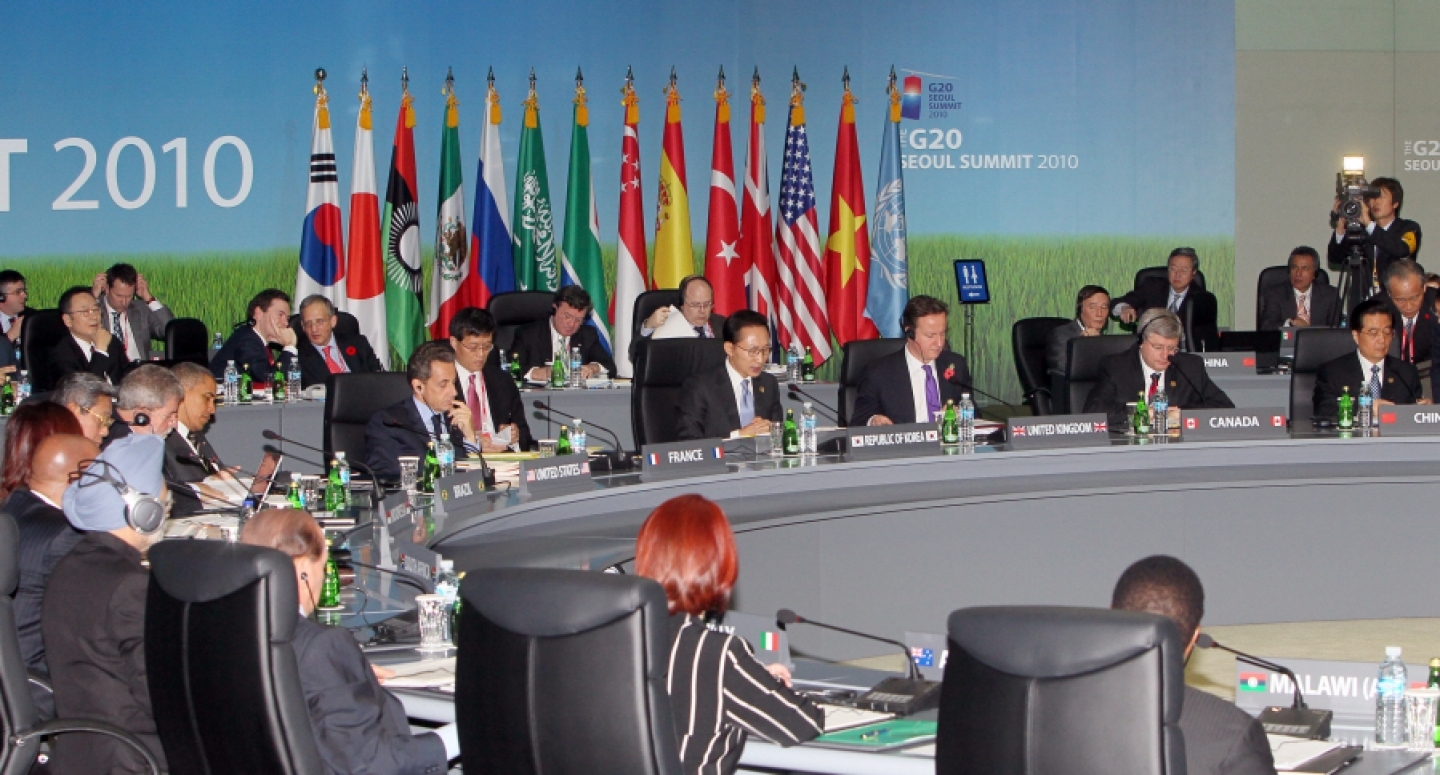 On trade, they discussed how the G20 nations could continue to work together to prevent the further spread of trade protectionism and the issues related to the Doha Development Agenda.

The President of Korea proposed a “standstill” agreement at the 2008 G20 Summit in Washington to prevent the rise of trade protectionism as the global financial crisis spread. During the lunch, President Lee complimented the effective collaboration of the G20 nations, saying that the standstill agreement had the desired result, and the spread of protectionism limited. The President went on to stress the importance of free trade and open markets.

The lunch also focused on climate change and green growth to lower the production of carbon dioxide and to confront challenges related to climate change. The leaders then discussed how to maximize the outcome at the upcoming United Nations Framework Convention on Climate Change (UNFCCC), which is scheduled to be held in Cancun, Mexico later this month.