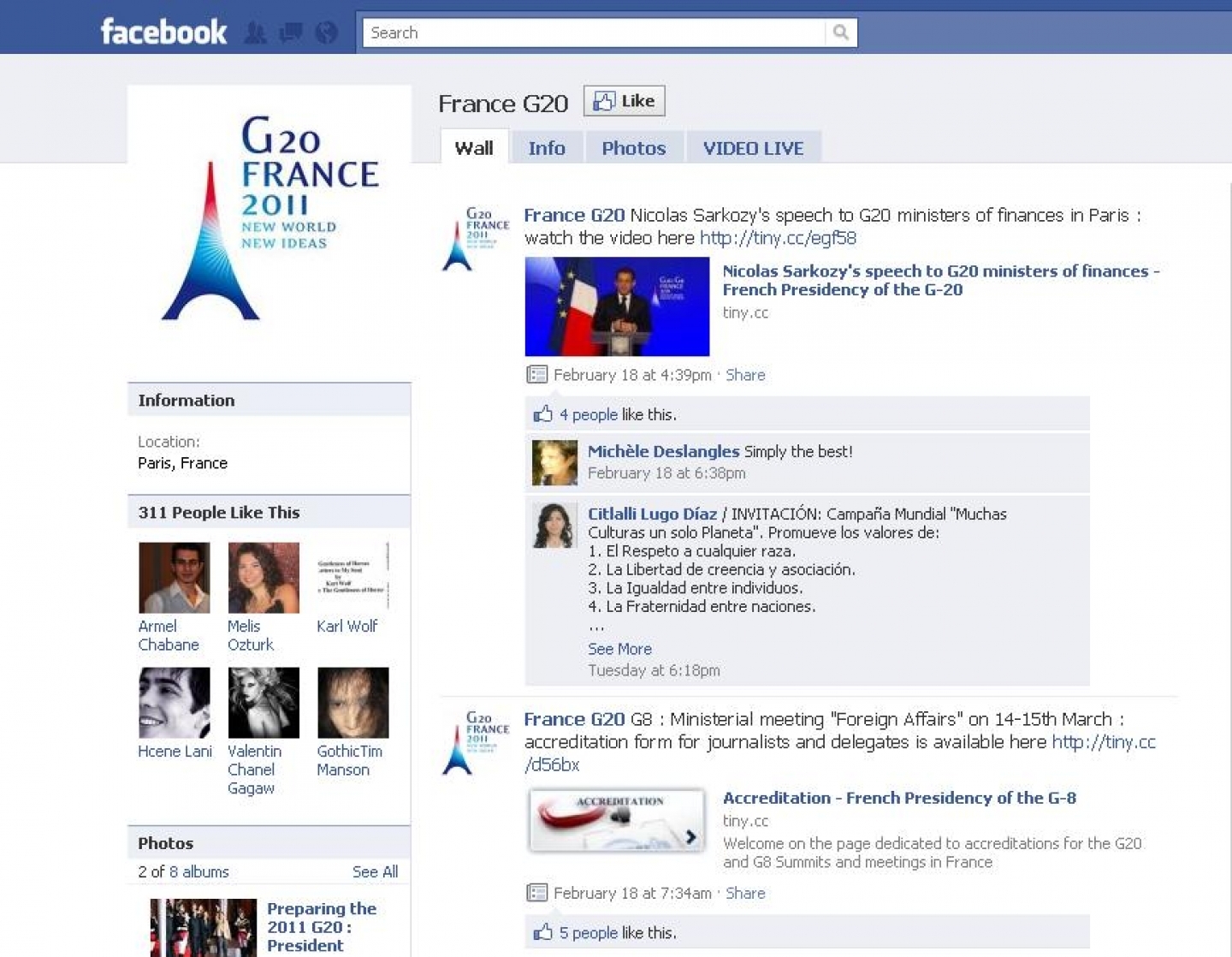 Recent international incidents have demonstrated that the Internet is becoming a foremost concern for national and international governance. Citizen unrest and revolts across the world have been fueled by digital technologies, leading governments—most noticeably in Egypt—to ‘reach for the kill switch’ and ‘turn off’ the Internet in the hopes of staving off these uprisings. To a much less dramatic extent, populist uprisings fueled by social media in Canada—over a proposed change to Internet billing practices—has also thrust Internet governance to the forefront of political conversations.

While these incidents are diametrically opposed to one another in terms of scope and significance, the popular unrest in Egypt and across the Middle East and the mobilization of Canadians in response to Internet billing proposals share a common thread: Internet governance and related issues are in serious need of attention.

It is no surprise then that France, which holds the presidency of the 2011 G8 and G20 meetings, has placed Internet-related issues on the G8’s agenda for this May’s meeting in Deauville. In doing so, France wishes to “promote global reflection on Internet-related issues and its future” by “supporting developments in the sector and in creating the conditions for fair development that promotes growth of the digital economy, dissemination of information technologies and communication while ensuring citizens' protection.”

These are laudable and serious goals that will help to shape the ways in which the Internet evolves and is governed. With the global economy increasingly moving online, an international Internet initiative must be fostered to ensure that the security, prosperity, and cultural creativity of the Internet is maintained so that the technology can continue to facilitate innovation. Due to the multifaceted nature of emerging Internet challenges, such an initiative must look beyond merely economic terms of maintaining existing industries and business models and also focus on issues regarding accessibility, ownership and security.

G8 governments, including Canada which is in the process of developing a Digital Economic Strategy, will now have the opportunity to discuss these issues at the Leaders’ level. As the Government of Canada continues to develop its own strategy, which it hopes to release this spring, it is well positioned to frame this debate. Amongst others, accessibility, ownership and security are three issues that should be considered during these negotiations.

The power and potential of the Internet relates to how this networked technological infrastructure has assisted the spread of innovative ideas and increased collaboration opportunities. Access to the Internet needs to be addressed in way that will not further exacerbate the digital divide to avoid leaving millions of people on the sidelines of the ‘information superhighway’. The United States government has been aggressive in pursuing a national broadband plan and other G8 countries should also create complementary systems so that their citizens are not left behind. Government policies need to ensure that competition and regulatory apparatuses in the telecommunication foster distribution and pricing scenarios that allow for wide access to emerging Internet and digital technologies, including the mobile world.

Questions of ownership and use over the infrastructure and content transmitted online are of key concern. Canada’s recent foreign-ownership quagmire over allowing foreign-owned entrants into the telecommunication industry highlights how traditional ownership regulations are being challenged by the increasingly networked world. Ownership and use of online content is also a paramount concern with countries such as the United States remaining critical of global partners over their stances towards intellectual property protection.

Online security, be it in the case of IP protection or in terms of cyber-security in the face of digital attacks, must also be addressed. Securing the online world will be essential for ensuring that the lives and prospects of millions are not compromised. Governing the increasingly transnational world has proven challenging enough. G8 countries must begin the process of agreeing upon standards of Internet governance that balance the needs and rights of individuals against the security of businesses, states and the global economy. Debates over Internet ‘kill switches’ need to recognize the economic and social consequences of such actions and affirm access to the Internet as a valuable resource that should not be addressed lightly.