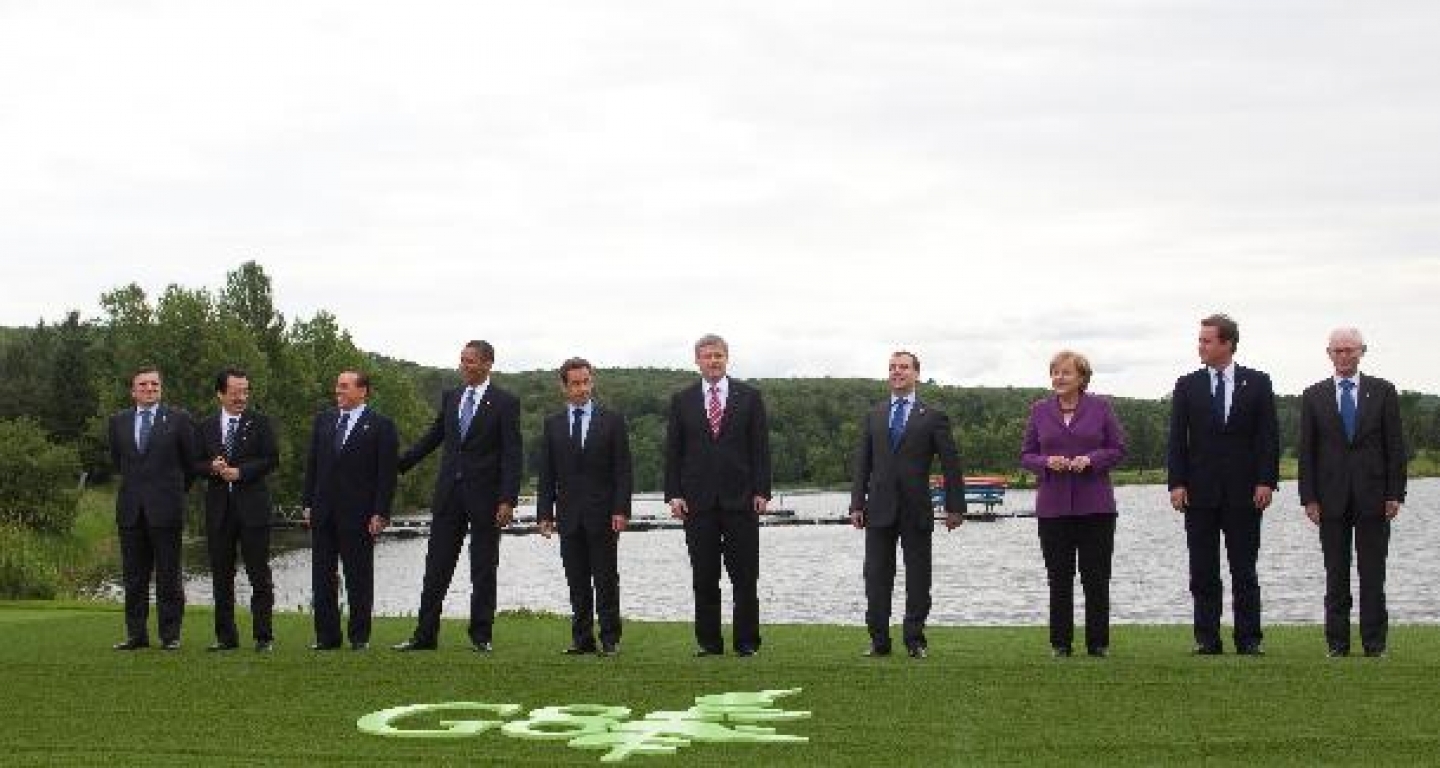 We, the Leaders of the G-8, reiterate our absolute condemnation of terrorism in all of its forms and manifestations, and our commitment to work together to eradicate this threat. Recent events, such as the attempted bombing on December 25, 2009 of the airline en route to Detroit and the brutal attacks of March 29, 2010 on the Moscow subway, are reminders of the terrorist threat. We express our deepest sympathies for lives lost and disrupted by these senseless acts.

Terrorism threatens people everywhere and undermines peace, stability and security. All acts of terrorism are criminal, inhumane, and unjustifiable irrespective of motivation. We condemn suicide bombings, and we abhor in particular the practice of recruiting the young or disadvantaged to carry out such acts. We deplore the upsurge in hostage-takings perpetrated by terrorists, as such abductions are repugnant to our fundamental notions of freedom, and we commit to work together to prevent their proliferation and bring those responsible to justice. We express our concern about the links of some terrorists to illicit drug trafficking and organized crime – we are determined to disrupt these partnerships of convenience. As highlighted at the Washington Summit on Nuclear security, nuclear terrorism is one of the most challenging threats to international security.

Terrorism will not be defeated by force alone. It is critical to address the conditions conducive to the spread of terrorism, and, in particular, that governments promote the rule of law, the protection of human rights and fundamental freedoms, democratic values, good governance, tolerance and inclusiveness to offer a viable alternative to those who could be susceptible to terrorist recruitment and to radicalization leading to violence. We are committed to helping countries address their basic development needs and meet the legitimate aspirations of their people. All peoples everywhere deserve security in their communities, education for their children, opportunity for employment and a sense of dignity and self-worth.

We reaffirm that full respect for human rights, fundamental freedoms and the rule of law is critical to an effective counter-terrorism strategy, and we reject the false choice between our security and our democratic values. All of our actions against terrorism must be consistent with the UN Charter and applicable international law. We reiterate the central role of the UN in the fight against terrorism and stress the importance of full implementation of the UN Global Counter-Terrorism Strategy and relevant UN Security Council resolutions. We strongly urge all states to join and implement the international conventions and protocols against terrorism. We welcome improvements to the UN al-Qa’ida and Taliban sanctions regime, most recently the adoption of UN Security Council Resolution 1904, and we underscore the importance of further progress in its implementation, and continuing work in support of fair and clear procedures.

Terrorism is a global threat that requires a global response. No single country or group of countries can hope to defeat terrorism. Since the attacks of September 11, 2001, extensive international cooperation has weakened the ability of terrorists to recruit, train, fund and execute attacks. We are committed to further enhancing international cooperation, by strengthening old partnerships and building new ones with governments, multilateral organizations and the private sector. We also recognize the crucial role of civil society in effective counter-terrorism efforts. We pledge to strengthen the cooperation between relevant UN bodies and the G-8 and, together with committed partners, we will work to broaden, deepen and make more robust the global multilateral counter-terrorism umbrella.

We recognize the role of the G-8 Roma/Lyon Group (comprised of our counter-terrorism and anti-crime experts) in the global fight against terrorism, as well as the work of the Counter-Terrorism Action Group (CTAG), which seeks to build capacity and political will to assist countries in addressing the terrorist threat. We applaud Canada’s leadership in bringing strategic focus to the groups’ efforts through the preparation of a robust action plan on counter-terrorism and organized crime. We endorse this plan.

We underscore our determination to work cooperatively on key challenges, including transportation security, border security and identity integrity, preventing chemical, biological, nuclear and radiological terrorism, combating terrorism financing, countering violent extremism, radicalization leading to violence, and recruitment. Given the complex nature of the terrorist threat, an integrated and coordinated G-8 response is essential to meeting this challenge.

We acknowledge that terrorist groups and other criminal organizations tend to flourish where governments lack the capacity and resiliency to address security vulnerabilities, in some cases threatening the stability of states. We emphasize the essential role capacity-building can play to support countries in need of assistance to fulfill their international counter-terrorism commitments. Addressing the institutional weaknesses that allow terrorists to operate freely is a critical element of our efforts. Building upon the efforts of the CTAG, we emphasize the need to improve the coordination of the growing bilateral and multilateral counter-terrorism capacity-building initiatives, and to make these efforts more innovative, far-reaching and sustained. We recognize the profound effects of terrorism on these countries and regions, and we are mindful of their needs. We, the G-8 countries, stand together to support them, in particular, Afghanistan, Pakistan, the Sahel, Somalia and Yemen. We will seek to build closer cooperation among relevant G-8 partner programs to make our effort to address terrorism and related security threats more coherent and effective.

Despite our operational successes against al-Qa’ida and other terrorist groups, radicalization leading to violence remains a source of serious concern. Special attention must be paid to curtailing the influence of violent extremists, undermining their false narrative, isolating them from the people they pretend to serve and disrupting their misuse of the internet. Our work will focus on identifying the drivers of violent extremism and then on preventing those most at risk of recruitment and radicalization from becoming terrorists.

By preying on the innocent and vulnerable, terrorists cause unspeakable harm to the very fabric of society. Their actions impact not only the victims, but their families, friends and fellow citizens. Survivors of terrorism and their families have risen against terrorism in the aftermath of horrific attacks. We reiterate our commitment to further develop initiatives that assist them. They are giving a voice to victims while bravely speaking out against violent and extremist ideologies. We stand with them and their families, and we are committed to ensuring that their voices are heard and that the victims are never forgotten.