October 31 has come and gone, and the United Kingdom is still in the European Union, despite Conservative Prime Minister Boris Johnson’s “do or die” pledge to be out by Halloween. Johnson himself is not lying “dead in a ditch” — his asserted preference over seeking an extension of the Brexit deadline.

Indeed, on October 19 Johnson ever-so-reluctantly sought an extension — as he was legally required to do by the Benn Act — when his Super Saturday emergency session of the House of Commons failed to produce a meaningful vote approving his newly renegotiated Withdrawal Agreement. Instead, the House passed a motion put forward by Member of Parliament (MP) Oliver Letwin that was designed to prevent the United Kingdom from “crashing out” of the European Union without a deal, by delaying the meaningful vote on the Withdrawal Agreement until Parliament had passed implementing legislation, the Withdrawal Agreement Bill (WAB). 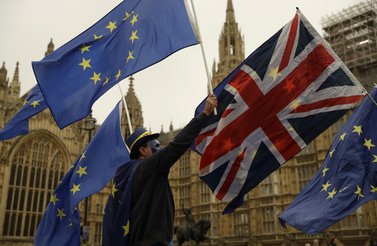 After being warned by then-House Speaker John Bercow that the motion for a vote on the Withdrawal Agreement could not be repeated in the same parliament, on October 21 Johnson’s government tabled the WAB, along with a plan to have it passed in three days. Meanwhile, the European Union was holding off granting an extension of the October 31 deadline, to add to Johnson’s pressure on MPs to pass the WAB quickly. Parliamentarians objected to the compressed timetable, but the government would not agree to Labour leader Jeremy Corbyn’s counteroffer of a longer timetable. Progress on the WAB was halted, with Johnson asserting that an early election was now necessary because Parliament had “run its course” and “outlived its usefulness” — this mere days after the October 14 Speech from the Throne. Johnson tried unsuccessfully for a third time to obtain the two-thirds majority vote needed under the Fixed-term Parliaments Act 2011 (FTPA). On October 28, the European Union signalled it would grant a “flextension” of the Brexit deadline to January 31, 2020, with the option for the United Kingdom to leave earlier if it was ready. The next day, Johnson introduced a bill to circumvent the FTPA by specifying the next election would be on December 12. MPs voted overwhelmingly in favour of the bill, which quickly passed the House of Lords and came into force on October 31.

And so the United Kingdom is set to hold its third general election in four years. Incumbent MPs surely go to the hustings with some chagrin — they will have to argue that blame for the failures of Parliament to chart a clear path forward on Brexit should fall on their opponents. Johnson, in particular, had plenty of opportunity to have his WAB reviewed and debated by parliamentarians, but he withdrew it and asked for an election instead. He had reason to fear that the government might lose control of the parliamentary process, with MPs highlighting the WAB’s flaws and proposing substantive amendments.

Johnson, in particular, had plenty of opportunity to have his WAB reviewed and debated by parliamentarians, but he withdrew it and asked for an election instead.

Johnson’s new agreement offers a slightly different approach to the Irish border issue, modifying the much-criticized Irish backstop. Under the new proposal, the whole of the United Kingdom would leave the EU customs union, allowing the United Kingdom to make new trade deals with other countries in the future. However, while legally there would be a customs border between Northern Ireland and the Republic of Ireland, in practice the actual checks on goods and assessment of customs duties would be at “points of entry” in Northern Ireland, effectively putting a customs border in the Irish Sea. An all-Ireland regulatory zone would facilitate frictionless movement of goods across the border between Northern Island and the Republic of Ireland but would mean additional border checks between the United Kingdom and Ireland, since UK and EU regulations are expected to diverge over time. Northern Ireland would have an opportunity to vote on the arrangement only four years after the end of the transition period (set for December 2020, unless extended). The Democratic Unionist Party that propped up the minority government of Johnson’s predecessor, Theresa May, objects to this new arrangement, which it sees as isolating Northern Ireland from the rest of the United Kingdom.

While much of the Withdrawal Agreement is the same as the deal May tried unsuccessfully for months to get approved by Parliament, the commitment to ensuring a level playing field has been moved to the Political Declaration, reflecting Johnson’s lack of enthusiasm for maintaining EU regulatory standards. This has been criticized by the Labour Party as indicating that UK labour, consumer safety and environmental standards could decline after Brexit. The Political Declaration says that the European Union and the United Kingdom will work toward achieving a free trade agreement (FTA) and hold a high-level meeting in June 2020 to assess progress. Some critics suggest that because negotiating an FTA can take years, there remains a risk of the United Kingdom finding itself outside the European Union at the end of the December 2020 transition period without having established a new trading relationship. 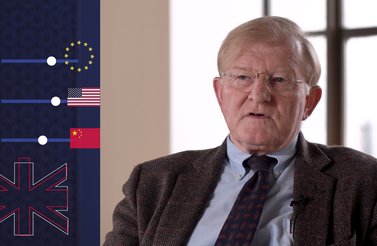 With an election campaign about to start, one wonders: will the UK electorate be able to advance its thinking on Brexit? Do voters want to proceed with Brexit in spite of the complexities and disadvantages now evident, or are they ready to change their minds and stay in the European Union? There is uncertainty about what will become of Brexit and Johnson’s latest deal. Even if the Tories win a majority, they would only have the short period between December 12 and the new January 31 Brexit deadline to complete passage of the WAB and obtain Parliament’s meaningful vote in favour of the Withdrawal Agreement. If the Tories run out of time, would they crash out or seek another extension? If Labour were to surprise psephologists and win a majority, or even form a minority government, they would likely want to renegotiate aspects of the deal, requiring a further extension from the European Union. If the Liberal Democrats gained sufficient seats to play a balance of power role in a minority government, they would likely continue to press for the United Kingdom to call off Brexit by withdrawing the Article 50 Notice under the Treaty of the European Union.

If the Tories end up leading another minority government, they would have to make compromises on the WAB and possibly reopen the Withdrawal Agreement to find a different solution for Northern Ireland or to keep the United Kingdom in a customs union with the European Union, and may have to provide for a second Brexit referendum to confirm that there is popular approval for the arrangements made to leave the European Union. There are wild cards in this election; for example, will the two right-wing Brexit parties — the Conservatives and the Brexit Party — cancel each other out or cooperate? Will election debates in Northern Ireland, Scotland and Wales lead further in the direction of alienation and possible separation from the United Kingdom?

As UK voters go to the polls in December, they can thank their politicians for Brexit, the gift that keeps on giving. 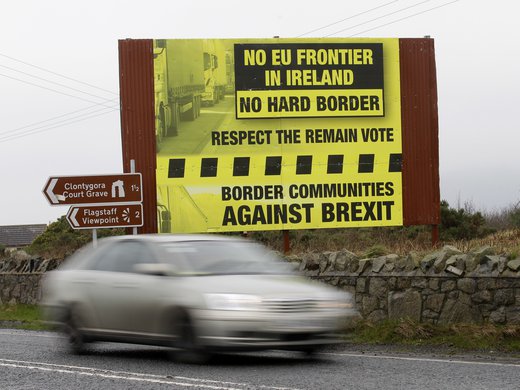 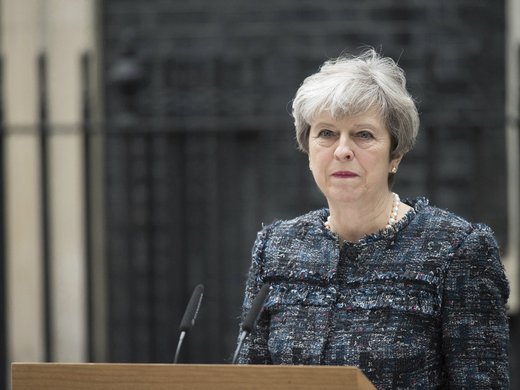