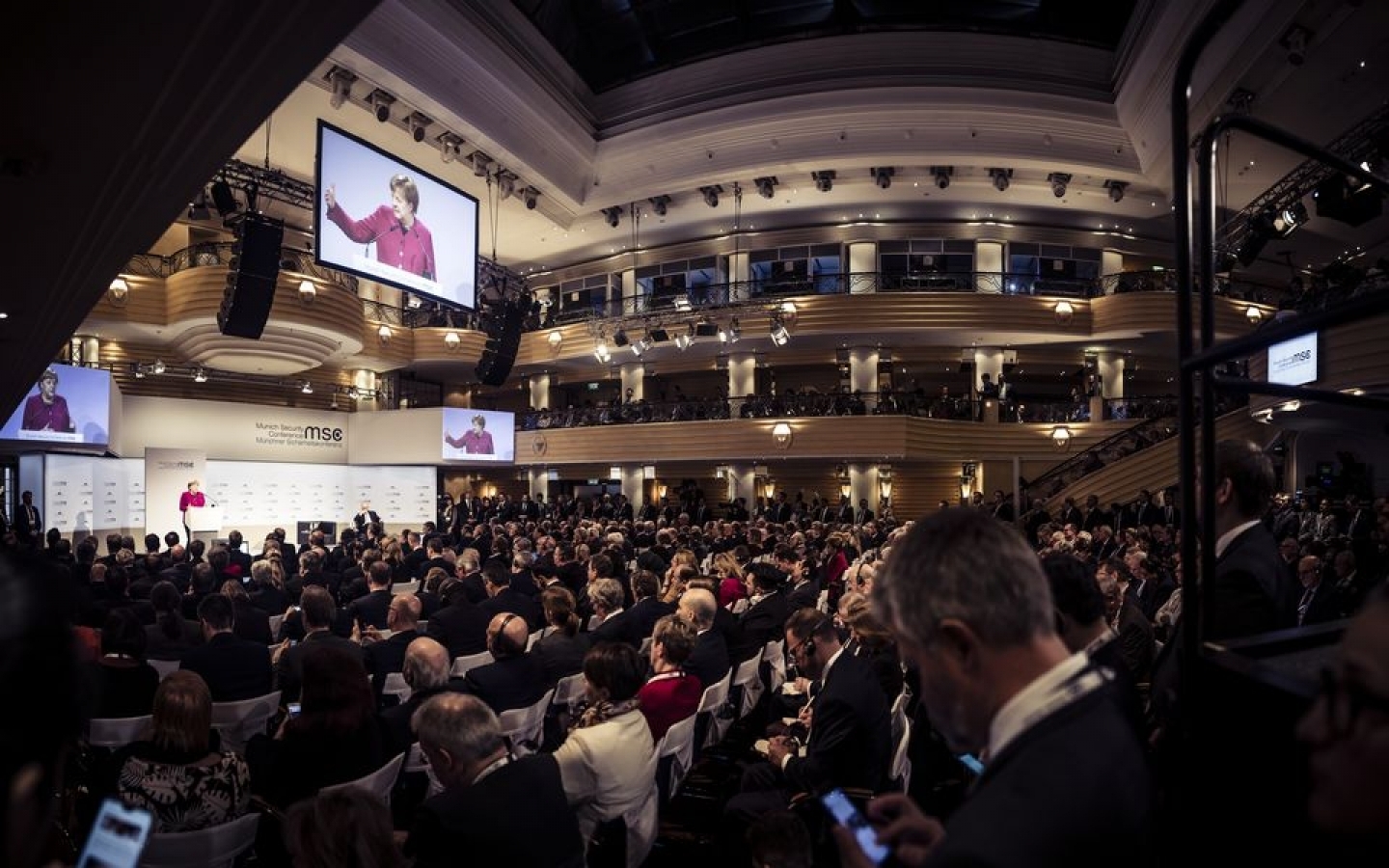 February 16, 2019 (MUNICH) — Amid the rising tide of authoritarianism and anti-democratic trends around the world, a prestigious group of bipartisan former leaders from democratic nations today issued a Declaration of Principles aimed at reaffirming shared values and a rules-based order.

“For the past seven decades, free nations have drawn upon the shared values to advance freedom, increase prosperity, and secure peace,” said Albright. “It’s time for citizens around the world who care about these values to stand up and make their voices heard. We need to make clear what we stand for and what kind of world we want to live in.”

“The goal is to reaffirm support for the principles that have been at the foundation of the international order since the end of World War II: democracy; free, fair, and open markets; and the rule of law,” said Bildt. “We cannot sit idly by while autocrats and demagogues undermine these core principles.”

The declaration will be released at the Munich Security Conference this weekend. German Chancellor Angela Merkel, US Vice-President Mike Pence, US Secretary of State Mike Pompeo, Canadian Foreign Affairs Minister Chrystia Freeland, and several other world leaders will be in attendance.

The release of the declaration marks the beginning of an organized effort led by the Atlantic Council and CIGI to revitalize a rules-based order and rebuild public support in favour of democracy, open markets and alliances. A key priority will be to engage influential members of government in leading democracies and encourage concrete actions to secure and defend a rules-based order.

The Declaration of Principles for Freedom, Prosperity, and Peace are seven statements that the task force believes reflect the common aspirations of the human spirit. This declaration is intended to provide a framework around which political leaders and citizens in democracies worldwide can coalesce to demonstrate their support for the values and principles underpinning the rules-based order.

The seven statements of the declaration are:

We affirm the right of all people to live in free and just societies, where fundamental rights are protected under the rule of law.

We affirm the right of all people to make decisions about their own affairs through elected governments that reflect their consent, free from foreign interference.

We affirm the right of all people to live in peace, free from threats of aggression, terrorism, oppression, crimes against humanity, and the proliferation of weapons of mass destruction.

We affirm the right of all people to engage in economic activity based on free market principles, with equal opportunity to contribute to and the ability to share in the benefits of national prosperity.

5) An Open and Healthy Planet

We affirm the right of all people to enjoy free and open access to the global commons and a safe and healthy planet.

6) The Right of Assistance

We affirm the right of national sovereignty, while recognizing that sovereignty obligates governments to uphold these principles.

We affirm the right of all people to cooperate in support of these principles and to work together to advance them.

View the full version of the Declaration of Principles for Freedom, Prosperity, and Peace

To learn more or to sign the declaration pledge, please visit atlanticcouncil.org/declaration.

Cyber Security
Democracy
Fake News and Elections: What We Need to Know Before Heading to the Polls