While the grand bargain approach is over, the current moment offers opportunity 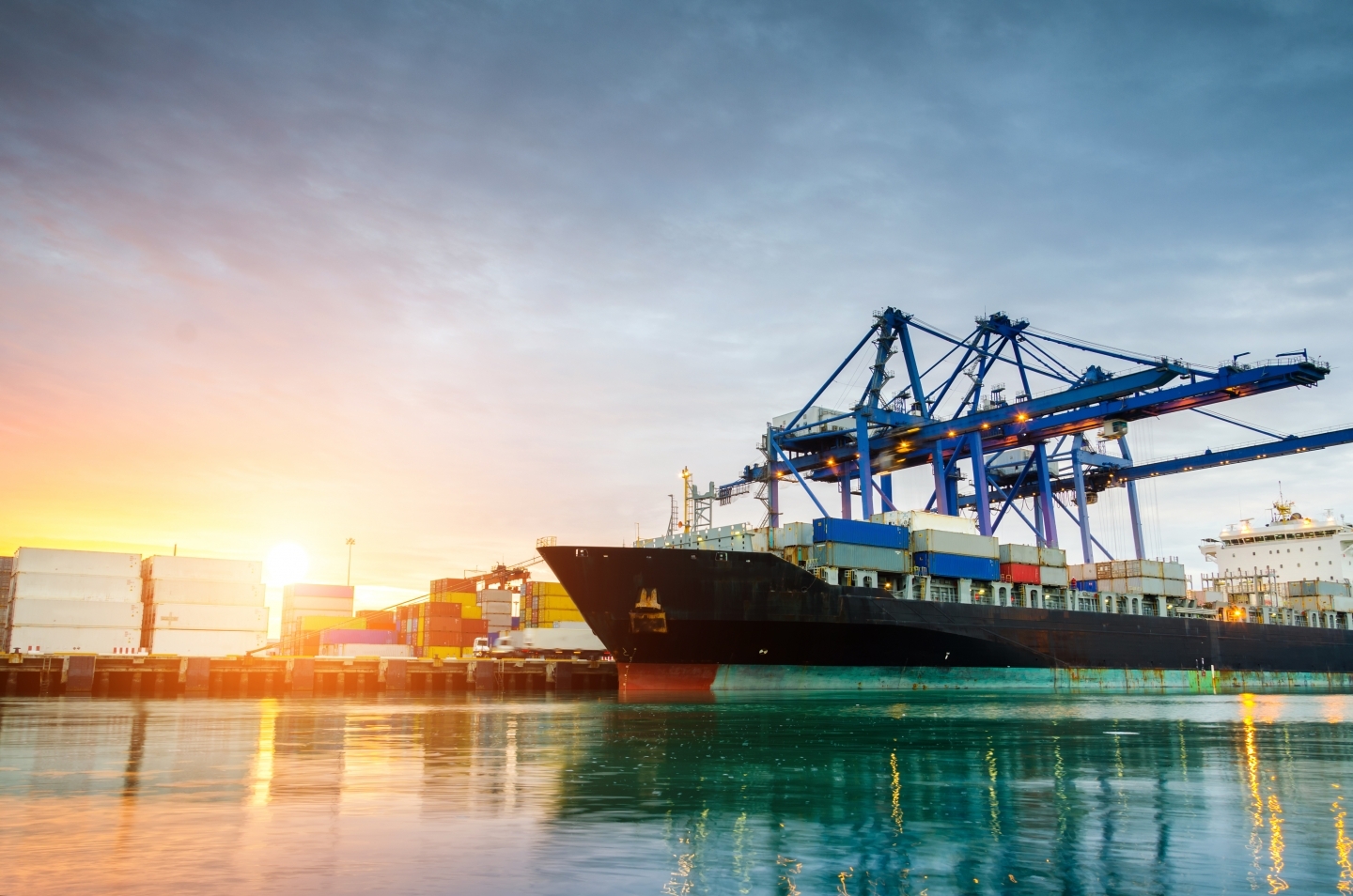 For most of the post–Second World War era, growth in trade was about double the rate of growth in income. This is no longer the case. For the past two years, global trade volumes have plateaued, a trend associated with recession, not recovery.

But the importance of trade—in goods, services, and intellectual property—as an engine for global prosperity and welfare, and as the embodiment of an integrated, peaceful world has not diminished. In the face of changed circumstances—growing public skepticism of globalization and free trade, and volatile domestic politics—the case for open exchange must be made and not simply assumed. It should also be backed by credible, workable arrangements that reflect reality.

Unfortunately, comprehensive global trade governance reform has proved difficult. The modern global economy is increasingly driven by digital trade and trade in intellectual property, and this changes the nature of global trade and how it is managed.

In July 1944, negotiators from forty-four countries gathered in Bretton Woods, New Hampshire, to attempt to create a new international order. They had learned the lessons of the previous three decades of conflict well: that an integrated, functional global trade and finance system was the key to peace and prosperity. They also correctly recognized what needed to be avoided to avert similar conflicts in the future. Decreasing credit and trade volumes triggered by the dominance of misguided protectionist impulses, nations overburdened by reparations payments, and multilateral institutions equipped with neither carrots nor sticks would have no place in this new international economic order.

To that end, a rich array of proposals were discussed, including some that even today might be considered far-reaching. Based on the understanding that postwar reconstruction, international financial integration, and global trade went hand in hand, participants proposed the creation of three separate institutions devoted to each of these areas. While the proposals to address reconstruction—the International Bank for Reconstruction and Development—and financial integration—the International Monetary Fund (IMF)—were implemented in 1945, trade proved harder. The charter for an International Trade Organization (ITO) proved impossible for some national legislatures to approve, with the most serious opposition coming from the US Congress. The main cause of opposition in Congress was the sense that the ITO, more than the other two organizations, would impinge on national sovereignty.

Given these difficulties, until the creation of the World Trade Organization (WTO) in 1995, global trade governance was fragmented. It amounted to a series of negotiations, or “rounds,” managed by a multilateral agreement known as the General Agreement on Tariffs and Trade (GATT), in parallel to a constellation of regional trade agreements.

The Consequences of Success

Through eight rounds of GATT negotiations, average tariffs on industrial goods were significantly reduced. While there remains a debate about how much tariffs fell, there is no dispute about the direction of change or the importance of cementing trade reform principles into the global discourse. However, four separate but linked developments frustrated attempts to make the GATT—and subsequently the WTO which replaced it—the centerpiece of global trade governance.

First, while the GATT secretariat grappled with its noninstitutionalized, provisional status, important elements of trade policy—such as exchange rates, barriers to trade in developing countries, and norms and standards around traded goods and services in developed countries—became embedded in other forums such as the IMF, World Bank, and the Organization for Economic Cooperation and Development.

Second, the very success of the tariff reduction process from 1948 to 1994 meant that the remaining issues were inherently intractable. Reaching agreement on reducing barriers on politically sensitive sectors like agriculture, reducing nontariff barriers, and resolving more domestic-centered issues such as competition policy proved difficult. The creation of the WTO in 1995 was meant to help push these reforms forward, but the so-called Doha Development Round that began in 2001 has foundered precisely on these shoals.

Third, both regional agreements outside the WTO and plurilateral agreements within the WTO have proliferated. The WTO’s database records 635 notifications of regional trade agreements, of which 423 are currently in force. They are “WTO compatible” in the narrow legal sense of being compliant with Article XXIV of the GATT, which permits regional trade arrangements provided specific criteria are met. Some regional trade agreements can support the WTO’s multilateral trading system by serving as hothouses of experimentation that could be scaled up globally, as has been the case with environmental standards and services. But the sheer number and scope of some of these arrangements—every WTO member belongs to at least one regional agreement—suggests that the WTO-centered multilateral trade regime is not the motor of the current or future global trade order.

Finally, the nature of global trade is rapidly changing. Rules for the trade of manufactured goods drove GATT negotiations, but the last three decades have seen a significant rise in trade in services, which calls for a different governance regime.

However, comprehensive reform has not yet followed. We now live in a digital- and ideas-driven economy. Cross-border data flows grew by a factor of forty-five between 2005 and 2014, and the pace is expected to accelerate. In 1975, about one-fifth of the value of S&P 500 firms was due to intangible assets, such as patents and other intellectual property, and four-fifths to tangible assets. Today that ratio is reversed. Rules and protocols for digital trade and trade in intellectual property call for a fresh approach to multilateralism.

Leadership at the G20

In the face of such trends, the global trade governance community has been sclerotic, at best fighting yesterday’s war. Surreally, sixteen years after the Doha Round was launched, the WTO hopes to continue it when, in fact, the world has moved on.

Organizations like the Group of Twenty (G20) major and emerging world economies can play a leading role in spurring a revival in global trade governance. First, at their upcoming summit in Hamburg this July, G20 leaders must rediscover the sense of purpose that brought them together at the height of the global financial crisis in 2008 and 2009. The G20 has been adrift for some years now, and summits have had a workmanlike rather than leaderlike feel to them—July 2017 will be different, with a new US president, a potentially irritated China, and the European leadership participating in distinctly post-Brexit mode. But imagine if the dynamic many fear—elections in France and Germany that could bring populists to power, and the first major global summit for President Donald J. Trump—is channeled into a meaningful program to revive trade and make headway on macroeconomic cooperation.

The odds are long, but not outlandish. It has happened before. In Washington, DC, in November 2008, with the world staring into a financial abyss, G20 leaders made strong and effective coordinated calls to avoid an all-out trade war. This time, there might be a natural pick up in trade if an economic recovery spurred by infrastructure investments in the United States is sustained.

But the unknown piece here is how the relationship between China and the United States will play out, since it is hard to see any progress in global governance without their participation. Ironically, it is common ground on exchange rates—where China is no longer a manipulator—that will strengthen progress on global trade, for it is an axiom in the low tariff era that exchange rate movements overwhelm tariff regimes. However, the tough rhetoric regarding China from the incoming Trump administration does not bode well for this G2 relationship contributing to global trade governance.

If Not the WTO, Then What?

G20 leaders might also reflect on the future of the WTO, which continues to offer two vitally important global public goods. First, the WTO’s core principles—most-favored nation treatment, reciprocity, transparency, and tariff binding—are what WTO Director-General Roberto Azevêdo likens to the operating system of a computer. And, second, the dispute settlement process, which is being used more frequently and by a greater number of countries, continues to be a centerpiece of the global trade system.

But the shallowness of the commitment to globalization was profoundly telling after the Doha Round ground to a halt soon after it was launched. Despite the cataclysm of 9/11, in whose shadow the negotiating round was launched, developed countries could not bring themselves to connect the dots that trade creates a virtuous circle around prosperity, development, and security. In turn, developing countries, now sporting several regional and indeed global powers in their midst, could not get beyond a North-South worldview. No one had read their David Ricardo. Instead, everyone was in a zero-sum game mindset.

A long overdue implication of this state of affairs is that the grand bargain approach, in which nothing is agreed until everything is agreed, is over. Instead, sectoral agreements in areas critical to the twenty-first century economy might be pursued with more vigor. The Information Technology Agreement is a modest source of progress here, with all the WTO’s major members on track to significantly lower or eliminate tariffs and other duties on new-generation information and communication technology products by 2019. The Environmental Goods Agreement is a less happy story, with the December 2016 meeting of the parties resulting only in an agreement to continue discussions.

Underlying both of these agreements is the debate over how to manage intellectual property, the new global currency. The Trade-Related Aspects of Intellectual Property Rights (TRIPS) agreement, originally signed in 1994, is due for a refresher in light of accumulating evidence about its inadequacy to either reward innovators or punish cheats effectively.

In this light, the likely pause on major regional trade negotiations might actually be welcome. President-Elect Trump is almost certain to reject the Trans-Pacific Partnership (TPP) and the Transatlantic Trade and Investment Partnership (TTIP), while potentially revisiting the North American Free Trade Agreement (NAFTA). It isn’t just the incoming Trump administration that has had reservations about the intrusive nature of these deals; other countries have questioned the US-centric provisions on investor-state arbitration and on intellectual property regimes.

This skepticism shouldn’t be surprising. Throughout the postwar era, concern over the disruptive nature of global trade has accompanied the movement toward greater openness. But the current moment offers opportunity as well. Consider if the following scenario came to pass:

All of this, backed by policies that are correctly the prerogative of national governments to train and re-train workers and devise more complete social safety nets, could reestablish a positive consensus on the benefits of global trade for all.

Such an outcome would admittedly be far from a Bretton Woods moment, but piecemeal progress on some or all of these fronts will serve us all well and provide a framework that transcends the damaging rhetoric of instinctive economic protectionism. For that to happen, leadership from the highest levels is needed.

This article is part of a series called Global Memos, briefs from the best thinkers on major international developments that are gathered by the Council of Councils, which is an initiative of the Council on Foreign Relations connecting leading foreign policy institutes from around the world in a common conversation on issues of global governance and multilateral cooperation

Organizations like the Group of Twenty major and emerging world economies can play a leading role in spurring a revival in global trade governance.
The opinions expressed in this article/multimedia are those of the author(s) and do not necessarily reflect the views of CIGI or its Board of Directors.