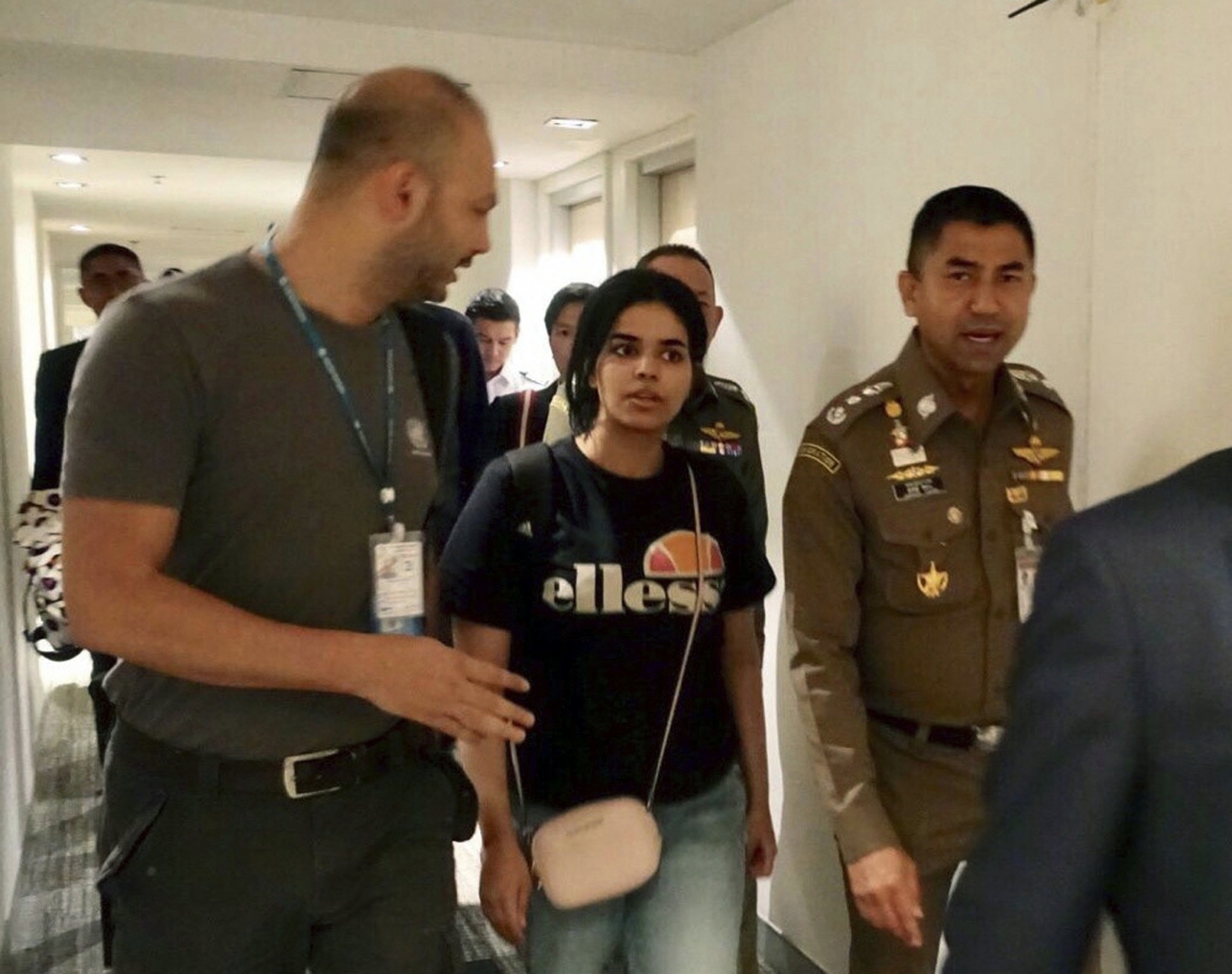 The case of Rahaf Mohammed al-Qunun has caught international attention for her desperate pleas to escape Saudi Arabia and be granted asylum in a country that allows her to live freely as a young woman. The 18-year-old barricaded herself in a Thai airport hotel after she says her passport was seized by Saudi authorities trying to prevent her from travelling to Australia, to where she claims she had a visa. Refusing to return to Saudi Arabia as Thai authorities initially had argued, Ms. al-Qunun tweeted videos of her ordeal and #SaveRahaf became an international cause.

Using the power of social media, she garnered the attention of women, Saudis, human rights defenders, and now governments. Ms. al-Qunun has opened a Pandora’s box that only Saudi Arabia can close.

Canada has granted asylum to Ms. al-Qunun after the United Nations High Commissioner for Refugees (UNHCR) deemed her case to be legitimate. Ms. al-Qunun has continuously claimed that she has been abused by her family, both emotionally and physically, and her renouncement of the Islamic faith makes her potentially subject to Saudi political and legal retribution. She has most recently deleted her Twitter account, where she reached out to the world for help, because she has received continuous death threats. One of her relatives explicitly said she would be killed upon return to Saudi Arabia. Ms. al-Qunun is now a target of Saudi-regime sympathizers who see her as yet another provocateur trying to bash Saudi Arabia for her personal gain.

Saudi Arabia is in a hyper-nationalist overdrive mode and some see Ms. al-Qunun as a Western plot to undermine the reforms of the young and ambitious crown prince Mohammed bin Salman (MBS). Indeed, the Kingdom has been under the global microscope in recent months, after the death of Saudi journalist Jamal Khashoggi. But the real threat to the Kingdom is not the continued bad public relations it is receiving since that state-sponsored murder of a well-connected journalist, but the millions of Saudi women who are now galvanized by the opportunities Ms. al-Qunun’s asylum case provides. Guardianship laws, the essence of what makes Saudi women’s lives unbearable and puts constraints on realizing their personal freedoms, has now resurfaced to Saudi societal debate.

Even though Saudi women are increasingly highly educated, well-travelled, and hyper-connected to the world, they are stuck in a society that gives them the same rights as children. Under Saudi guardianship laws, half the Saudi population is denied the right to sign contracts, take out loans, accept employment, and travel outside the country without the consent of a guardian. More appalling, for women like Ms. al-Qunun who are in an abusive relationship with either a male parent, spouse, or even a son, they are trapped in legal limbo. While certainly most Saudi women do not face the same abuse as Ms. al-Qunun, their everyday lives are shaped and determined by guardianship laws that are no longer compatible with modern society and frankly with the goals and aspirations of young Saudi men and women.

Canada will be on the right side of history in giving Ms. al-Qunun asylum. We are demonstrating our moral leadership on the issue of gender equality. This is us finally walking the walk of being a feminist government in the world. Our bilateral relationship with Saudi Arabia is already at an all-time low, so there may be no lower place to go. Our signal to Saudi Arabia, to the world, and most importantly to Saudi women, is that Canada sees asylum for Saudi women based on gender as legitimate. Undoubtedly other countries will be pressured to do the same, as Saudi women who are in the most precarious of situations will see the prospects of getting asylum as a way out of their conundrum.

There is a way for Saudi Arabia to stem the tide of mounting frustration in the country with these repressive guardianship laws and to stop the continued exit of its talented young people who see no prospect for personal growth and development without leaving the country. The answer is simple: Saudi Arabia needs to abandon the guardianship laws. Religious conservatives will certainly resist this societal change, but the Saudi regime needs to recognize that its young people are the future and will be more of a political threat to its longevity than its religious dinosaurs.

Even though Saudi women are increasingly highly educated, well-travelled, and hyper-connected to the world, they are stuck in a society that gives them the same rights as children.
The opinions expressed in this article/multimedia are those of the author(s) and do not necessarily reflect the views of CIGI or its Board of Directors. 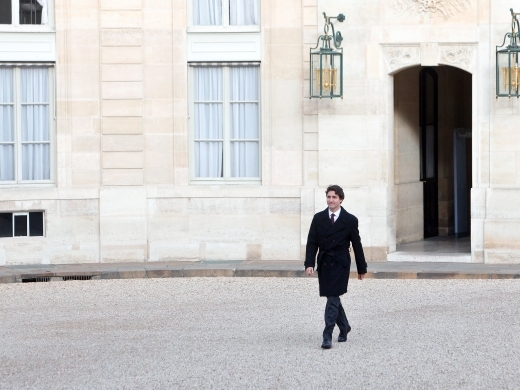 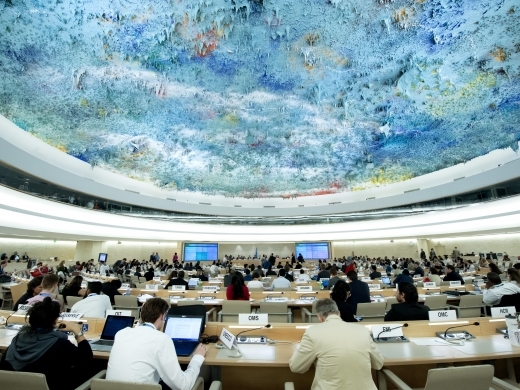 Conflict Management
Human Rights
What Does It Mean to "Take Note" of a Human Rights Violation?