How Castro Held the World Hostage 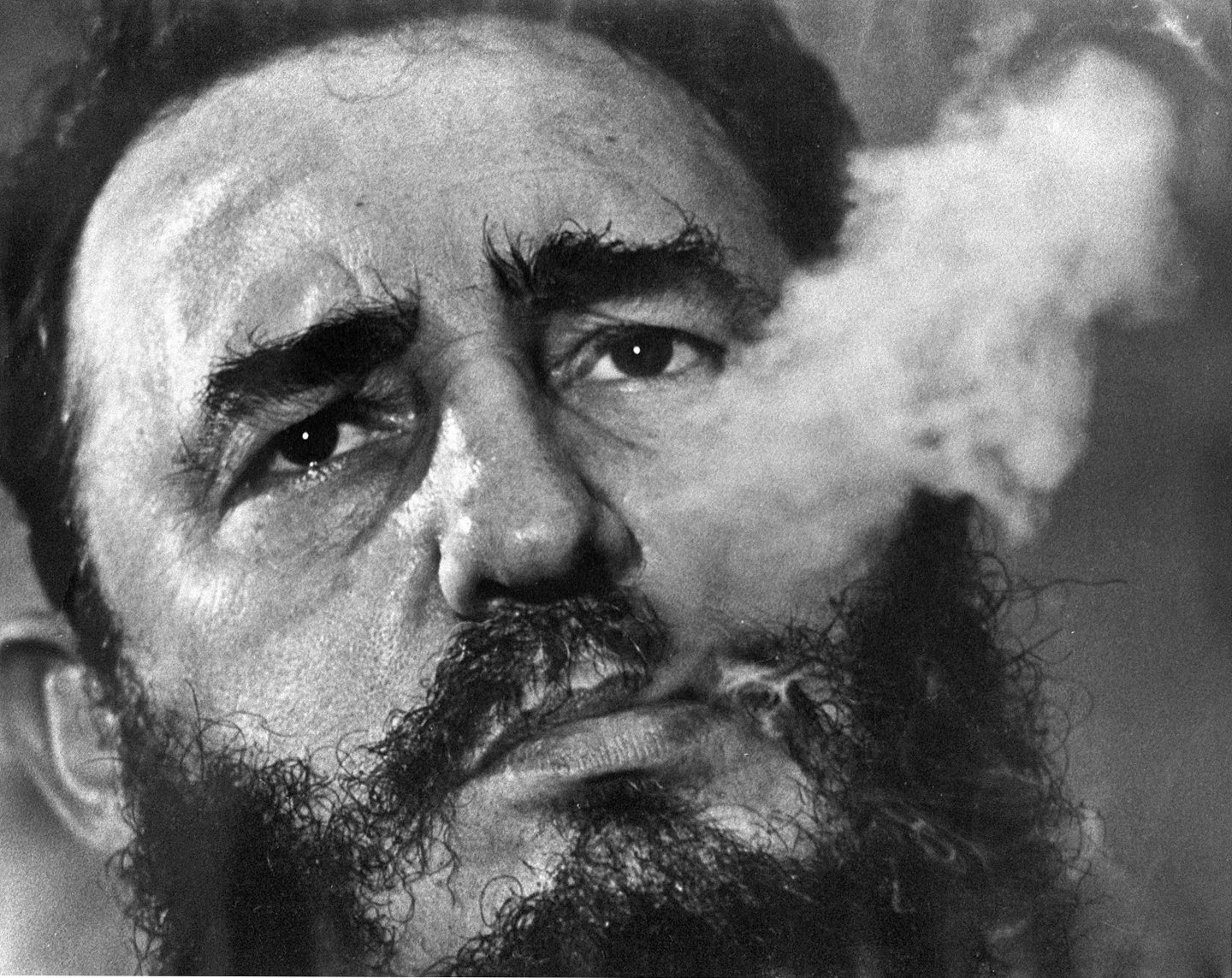 This article first appeared in 2012, on the 50th anniversary of the Cuban missile crisis

ON Oct. 26-27, 1962, human civilization came close to being destroyed. Schoolchildren were ordered into shelters; supermarket shelves were emptied of soup cans and bottled water. It was the most perilous moment of the Cuban missile crisis, and of the cold war. But the danger of Armageddon did not begin, as legend has it, when the United States learned that Soviet missiles had reached Cuba’s shores earlier that month.

Rather, it was driven by Fidel Castro’s fears and insecurities after the botched Bay of Pigs invasion and by the failures of President John F. Kennedy and Premier Nikita S. Khrushchev to take him seriously. With Soviet missiles stationed on the island and America poised to attack, Cuba 50 years ago was far more dangerous than Iran or North Korea is today. But the 1962 crisis shows that a small, determined revolutionary state, backed into a corner and convinced of its inevitable demise, can bring the world to the brink of catastrophe.

Mr. Castro’s interest had been piqued by the declassification and release of Soviet and American documents in 1991 and 1992, which both surprised and angered him. These included long-suppressed passages from memoirs, released 20 years after Khrushchev’s death, in which he wrote that Mr. Castro had become irrational and possibly suicidal and that the crisis had to end before Cuba ignited a nuclear war.

In addition, declassified letters between Khrushchev and Kennedy revealed the extent to which Washington and Moscow cut Cuba out of negotiations, refused to consider Cuban demands and eventually resolved the crisis in spite of Mr. Castro’s objections. So to truly understand how the world came close to Armageddon, one must look not to Washington and Moscow but to Havana.

After the American-sponsored Bay of Pigs debacle, Fidel Castro, then just 35 but already Cuba’s unquestioned ruler, drew an astonishing conclusion. “The result of aggression against Cuba will be the start of a conflagration of incalculable consequences, and they will be affected too,” he told the Cuban people. “It will no longer be a matter of them feasting on us. They will get as good as they give.”

For the next 18 months, Mr. Castro prepared for nuclear Armageddon, while Kennedy and Khrushchev sleepwalked toward the abyss. Focused on their global competition, the United States and the Soviet Union were clueless about the mind-set of the smaller, weaker, poorer party. Kennedy wanted Cuba off his agenda and he resolved never again to cave in to his hawkish advisers and critics, who had continued clamoring for an invasion of the island, even after the Bay of Pigs disaster.

Khrushchev, for his part, was worried about “losing Cuba” and decided in early 1962 to offer nuclear missiles to Mr. Castro to deter the invasion they both believed was being planned but that Kennedy was privately resolved to avoid. But as Khrushchev wrote in his memoirs, the Soviet Union never intended to actually use the missiles; they were merely pawns in a game of superpower competition.

However, Mr. Castro believed the fundamental purpose of Soviet nuclear weapons was to destroy the United States in the event of an invasion. After centuries of humiliation and irrelevance, he concluded, Cuba would matter fundamentally to the fate of humanity. Cuba couldn’t prevent the onslaught, nor could it expect to survive it. He insisted that the Cubans and Russians on the island would resist “to the last day and the last man, woman or child capable of holding a weapon.”

Around noon on Oct. 26, Mr. Castro summoned the Soviet ambassador, Aleksandr Alekseev, to his command post. Mr. Castro couldn’t understand why Soviet troops in Cuba were sitting on their hands while American planes were flying over the island with impunity. He urged them to start shooting at U-2 spy planes with surface-to-air missiles and suggested that Cuban troops should begin firing on low-flying planes with antiaircraft guns, contrary to Soviet wishes. Alekseev promised to relay Mr. Castro’s complaints to the Kremlin. Alekseev later told us he felt “almost schizophrenic” when he sent the cables to Moscow, because it was his duty to represent the cautious Soviet position, yet he himself, like Mr. Castro, expected an American onslaught. At that moment, “I was almost 100 percent Cuban,” he recalled.

While Cuba was preparing for nuclear war, Khrushchev and Kennedy were, unbeknown to Mr. Castro, moving toward a peaceful resolution of the crisis. Terrified that a catastrophic war might break out, Khrushchev took the initiative even as Kennedy was preparing an offer of his own. He wrote to Kennedy on Oct. 26: “Let us then display statesmenlike wisdom. I propose: we, for our part, will declare that our ships bound for Cuba are not carrying any armaments. You will declare that the United States will not invade Cuba with its troops and will not support any other forces which might intend to invade Cuba. Then the necessity for the presence of our military specialists in Cuba will be obviated.” It would take another three agonizing weeks to work out the details, but Kennedy and Khrushchev had finally locked onto a common wavelength.

All these letters (except those delivered over the radio at the peak of the crisis) were methodically dictated, translated, encrypted and then transmitted. Such slow communication in a time of crisis seems inconceivable today, but at the heart of the cold war absolute secrecy was the objective, not speed. (It was only after the missile crisis that the “red phone” hot line between the White House and the Kremlin was installed.)

Unaware of Kennedy’s and Khrushchev’s progress toward a deal, at 2 a.m. on Oct. 27, Mr. Castro decided to write to Khrushchev, encouraging him to use his nuclear weapons to destroy the United States in the event of an invasion. At 3 a.m., he arrived at the Soviet Embassy and told Alekseev that they should go into the bunker beneath the embassy because an attack was imminent. According to declassified Soviet cables, a groggy but sympathetic Alekseev agreed, and soon they were set up underground with Castro dictating and aides transcribing and translating a letter.

Mr. Castro became frustrated, uncertain about what to say. After nine drafts, with the sun rising, Alekseev finally confronted Mr. Castro: are you asking Comrade Khrushchev to deliver a nuclear strike on the United States? Mr. Castro told him, “If they attack Cuba, we should wipe them off the face of the earth!” Alekseev was shocked, but he dutifully assisted Mr. Castro in fine-tuning the 10th and final draft of the letter.

From his bunker, Mr. Castro wrote that, in the event of an American invasion, “the danger that that aggressive policy poses for humanity is so great that following that event the Soviet Union must never allow the circumstances in which the imperialists could launch the first nuclear strike against it.” An invasion, he added, “would be the moment to eliminate such danger forever through an act of clear, legitimate defense however harsh and terrible the solution would be, for there is no other.” Mr. Castro was calm as he composed this last will and testament for the 6.5 million citizens of Cuba, and the 43,000 Russians on the island who would be incinerated alongside them.

According to his son and biographer, Sergei Khrushchev, the Soviet premier received that letter in the midst of a tense leadership meeting and shouted, “This is insane; Fidel wants to drag us into the grave with him!” Khrushchev hadn’t understood that Mr. Castro believed that Cuba was doomed, that war was inevitable, and that the Soviets should transform Cuba from a mere victim into a martyr.

The parallels between the Cuban missile crisis and today’s nuclear standoff with Iran are inexact, but eerie. Cuba then and Iran now share a revolutionary mind-set, a belief that Washington’s goal is regime change, and a conviction that nuclear weapons might guarantee their survival in the face of unrelenting American hostility. The third player in today’s crisis is not a superpower but Israel, which views a nuclear Iran as an unacceptable threat to its existence. Israel shares with Iran (and 1960s Cuba) a national narrative that is steeped in the glorification of military heroism in the face of potential defeat.

Whoever wins the presidential election must persuade the Israelis to restrain themselves. Iran’s leaders are rational, and Israel’s overwhelming nuclear superiority means that Israel need not fear Iran. America must convince Iran that it doesn’t need nuclear weapons, because it has nothing to fear from Israel or the United States. The American president must do what even Kennedy and Khrushchev could not: treat a lesser power as an equal and pay attention to its fears.

Ignoring Cuba’s insecurities 50 years ago pushed the world to the brink of catastrophe. Today we must be wary of backing the Iranians into a corner so that they feel they must choose between capitulation and martyrdom. In 1962, the Soviets just barely stopped the Cubans; this time, there is no Khrushchev.

James G. Blight and Janet M. Lang are professors at the Balsillie School of International Affairs and the authors of “The Armageddon Letters: Kennedy/Khrushchev/Castro in the Cuban Missile Crisis.”

By ignoring Mr. Castro’s messianic martyrdom, both Kennedy and Khrushchev inadvertently pushed the world close to Armageddon.
View Full Article
The opinions expressed in this article/multimedia are those of the author(s) and do not necessarily reflect the views of CIGI or its Board of Directors.