How the G20 Can Help Global Development 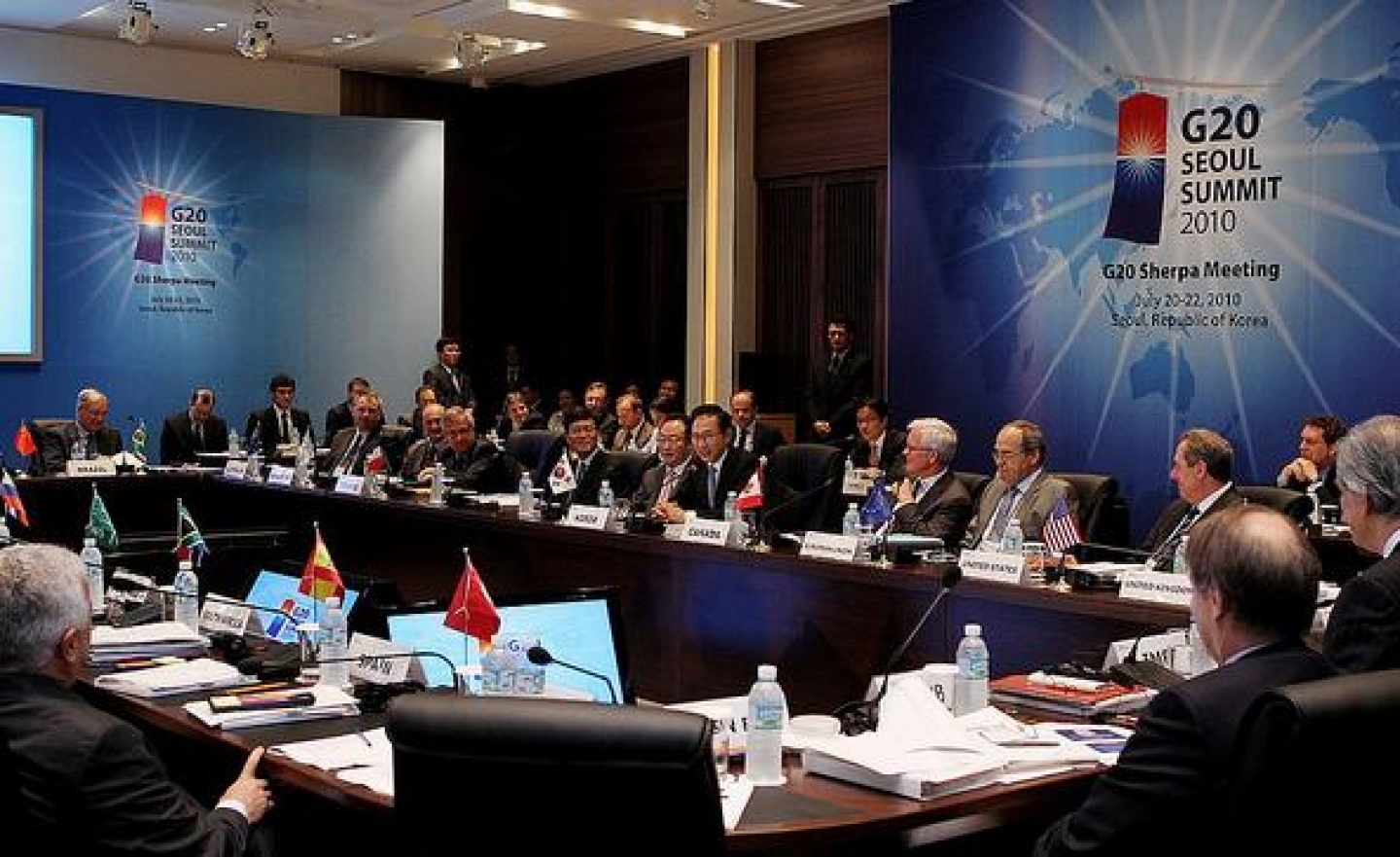 The inclusion of development on the centre of the Leaders’ agenda for the Seoul Summit (November 2010) marks a “new stage” in the evolution of the G20.  Riding on its success during the financial crisis, there are those who are now calling for the G20 to become the global steering committee for international development.

For those who see the importance of promoting the success of the G20 as the premier forum for managing the world economy, it would be useful to ask whether it is the correct strategy to expand the agenda of the G20 by adding international development onto the program—and if so, how?  In what ways can the G20 help tackle the wide-ranging challenges of global development?  Should consideration be given to delineating what specific role the G20 can and should play in global development?  And to identify limits?

A Unique Role for the G20

In a policy report on the G20, the Brookings Institution suggests that the G20 has a unique role to play.  The main recommendation is that the G20 can take the lead on pushing for a paradigm shift in “development.” Homi Kharas contrasts a new “G20 brand” of development—one that focuses on growth, employment, investment and private sector development, speaks to the developmental needs of a more diverse group of emerging and developing economies, and emphasizes avoiding and mitigating economic crises—to the G7/8’s “outdated approach”, which focuses on pro-poor growth and “saving helpless Africa”.

The broader global development aim for the G20 is to provide global leadership and policy direction on “ensuring that global rules of the game do not have unintended adverse impacts on developing countries.” The real gain from Korea’s call then for new global financial safety nets is to reinforce global commitments to stable financial flows.  The specific goal for the Seoul Summit is to spell out an “actionable agenda”, and show how it can be delivered in a “meaningful way” at the upcoming Summit.

A number of commentators suggest that the G20 should also offer support on issues ranging from infrastructure funding through the IFIs, addressing the waste in fossil fuel subsidies, to making sure that new global financial regulations do not blunt innovations in mobile phone banking in developing countries, or access for small and medium firms to finance.

To Expand or Not

This expansive view of the G20 in global development is supported by the Managing Director of the World Bank, who argues that the developmental concerns of the G160+ should be a prime concern for the G20.  The G20’s role would thus be to ensure “win-win” gains by supporting the financing needs of developing countries in infrastructure, education and vocational and technical employment skills training.  This would also include front loading and delivering development finance for infrastructure, experimenting on development bonds, diaspora bonds or other forms of securitizing assets that can help deliver the large resources needed for infrastructure and social services, and taking on an anti-corruption agenda to ensure the “repatriation of public monies back to low-income countries that were corruptly stolen and sitting in the financial centers of developed countries and emerging markets.”

But does this expansive role that some are advocating make sense?  Especially when an important new constituency, the risings states of Brazil, India, China have called for the United Nations (UN) to be the key international body for striking new consensus on priority- and agenda-setting on global development?  One could easily envision how an expanding role for the G20 in international development, if not carefully managed and coordinated with UN-led initiatives, could cause duplication or even confusion.  While complementary relations could be helpful, if history is any guide, an equally plausible scenario could be dueling mission-creep and overlapping institutional efforts.

The recommendation here would be for the G20 to deal with international development in a focused manner, mainly with targeted policy interventions, while the UN would remain the focal point of consensus building on priority- and agenda-setting, and the coordination of development programming.  Especially in areas of social development, food security and climate change.  The G20 could provide (policy dialogue) support to the UN in these issue-areas, but should focus mainly instead on managing the world economy.  The G20 will already be making an enormous contribution to sustainable and balanced global development if it can get its work done well in financial crisis management (Helleiner 2010). The G20 could, however, grow into a vital Leaders’ platform for pushing the traditional and rising donors to work together on future UN-led development initiatives.  This could encourage important new advances in donor coordination, beyond the traditional donor groupings.

It would also be useful to think seriously about placing limits on the G20’s interventions in international development.  The idea here, a view shared by Rajiv Kumar (until recently the director of the Indian think tank ICRIER), is that that the G20 should focus on select development issues that are critical constraints to achieving rapid, equitable and sustainable growth in developing economies. Otherwise, while spreading itself too thinly, on the hand, the G20 would also face the risk, on the other hand, of becoming yet another layer in the already crowded field of international institutions that oversee global development efforts (a list that already includes the OECD’s Development Assistance Committee, the World Bank Group and the IMFC, and a host of regional and sub-regional development banks – in addition to the UN).

Rather than overloading the G20 with international development, another approach is to suggest a more precisely defined policy (dialogue) role for the G20, while at the same time, recommitting the global community to strengthening the overall leadership and global coordination capacities of the UN on development.  The UN’s “High Level Panels” in related areas—such as High Level Panel on Sustainable Growth—may hold more potential for innovative global vision than perhaps has been demonstrated to date.  And especially if the recommendations of the high-level panel can be linked to the operations of the UN’s specialized agencies.  The key next step would then be to forge complementary links between the UN’s global aid coordination agenda and higher panels to the G20 Leaders process—links that ensure “coherence” in managing the world economy for balanced and sustainable growth and development.

Gregory Chin is a senior fellow at The Centre for International Governance Innovation in Waterloo, Ontario and assistant professor of political science at York University in Toronto.