How Trudeau Should Navigate Trade in the Trump Tirade Era 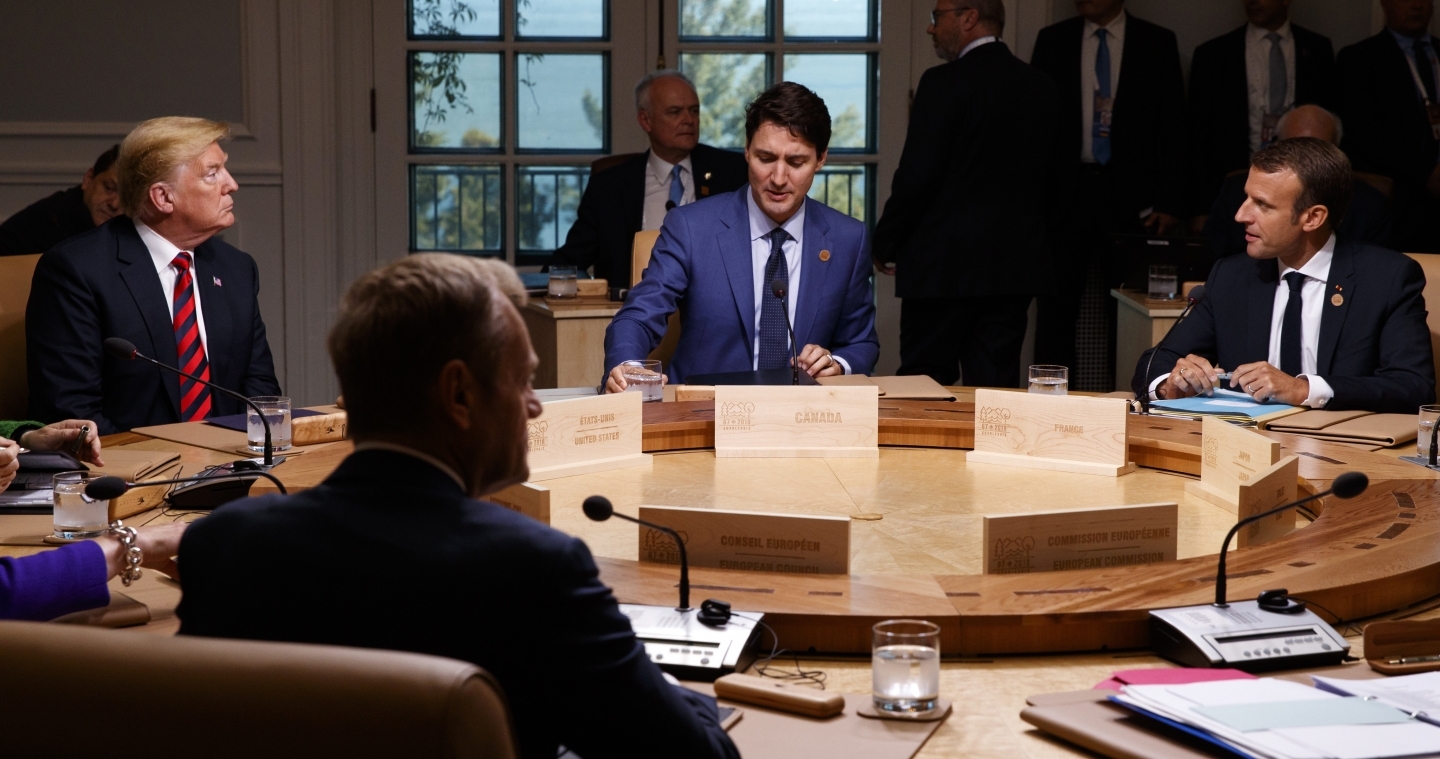 “There’s a special place in hell for any foreign leader that engages in bad faith diplomacy with Donald J. Trump and then tries to stab him in the back,” said Peter Navarro, the director of the National Trade Council, the body which is supposed to provide the White House with strategic guidance during trade negotiations.

The target of Navarro’s ire? Prime Minister Justin Trudeau. The prime minister’s sin? Announcing that Canada would retaliate against America’s tariffs on Canadian aluminum and steel.

Regardless of how we got here, it’s clear that the White House wants to see its trade deficits with the rest of the world shrink. This means that either America consumes less or sells more.

Given that the American economy is running more-or-less at capacity, it’s not clear where firms will find the means to unleash a new export boom. So, like it or not, Trump is pursuing an agenda where Americans buy less. So be it. All the lessons about what a trade deficit is, how current accounts work, or the logic of trade is wasted breath. The president knows what he wants. Whether it’s good for America is irrelevant.

This means Canadians must ignore the insults from the White House. Barring the US Congress suddenly remembering it once wielded significant constitutional powers over trade policy, the White House can continue to pursue its self-destructive trade agenda.

A resounding defeat for House Republicans in November could well yield an activist Congress that is spoiling for a fight with the president. But until then, the president is unrestrained on trade policy, and he has now surrounded himself with a cadre of advisors who either share his obsession with trade deficits or are content to keep quiet if they don’t.

For the next two-to-six years, a mercurial and mercantilist American trade policy will be the rule, rather than the exception. Rather than try to change the White House’s preferences, it’s time to work around them.

First, don’t be provoked into spats with the White House. Trudeau has handled the Trump administration deftly so far. Canada should continue that course. Retaliate against new tariffs when appropriate, but also consider ignoring them.

Focus on the business leaders, governors, senators, and representatives who treasure the Canada-US relationship and who want it to work. But be ready for a particularly rocky five months. Republicans are planning to use the president to campaign against Democratic senators in red states. He will want to be able to list off his battles and victories while doing so.

Second, despite the breach between Trudeau and Trump, much of the G7 summit in Charlevoix, Que., worked. American negotiators found enough common ground with their counterparts to hammer out a declaration that the White House could live with at the time.

Trump’s most outlandish ideas — such as readmitting Russia to the group — were soundly rejected. On most of Trudeau’s substantive items — getting more young girls into formal education, stopping foreign governments from meddling in elections, even calling on Iran to stop ballistic missile tests — there was near unanimous agreement.

All these issues were pressing before Trump withdrew from the G7 communique, and still are. And there is still a core group of democracies that are willing and able to work together. While it would be better to have the U.S. on the same page as the rest of the G7, there is no reason that the G6+1 cannot work on a free trade, rule-of-law, anti-authoritarian foreign policy agenda together.

That means it is time for Canadians to think seriously about the rest of the world. The U.S. will always be foreign priority No. 1, but for the next while we will be triaging and managing the relationship, rather than taking it to new heights.

Meanwhile, focus on Europe, which is dealing with the consequences of extremism and authoritarianism in the Middle East, and faces the challenge of a belligerent Russia. Focus on Asia, which is poised to become the centre of the global economy in the next decade.

When sailing, you adjust your sails for the wind. The aftermath of Charlevoix should act as an impetus to look broadly at the world and to venture out into it.