IMF Treads Water as G20 Awaits Clear Signals from US

Will America’s absence lead others over time to look to China for leadership? 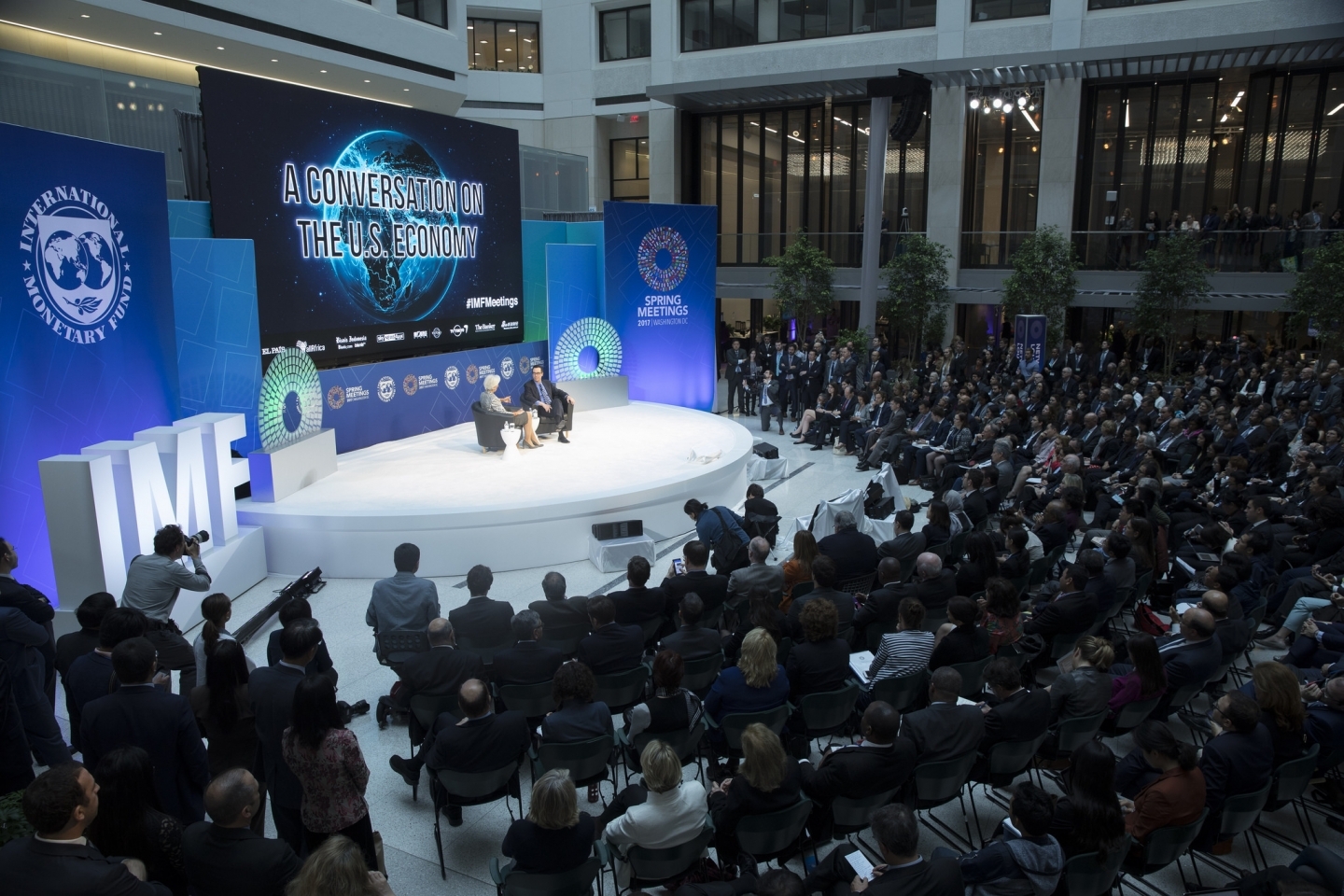 The shadow of the Donald Trump administration hung over the spring meetings of the International Monetary Fund (IMF) and World Bank last weekend. Virtually no progress was made, although there was at least some relief that things hadn’t gone off the the rails.

The IMF and World Bank meet twice yearly at the ministerial level. While the spring meetings aren’t normally decision-making events, they act as scene-setters and preparatory for the annual meetings in the fall and for the G20 (who dominate the ministerial bodies). It is a time to take stock of progress on various issues and reach judgment on where agreement might be possible in the coming months.

This year’s event was subdued, as the global financial elite tried to digest the significance of the Trump presidency for the international economic system with little to go on, but much to be concerned about.

For the first time in six years, the IMF had upgraded its growth forecast slightly in its World Economic Outlook. This provided a fig leaf for the assembled delegates to declare that progress was being made. The reality is that this was only one part of the IMF message. The arguably more important part was that medium-term prospects remained inadequate to address the concerns over employment, inequality and fiscal deficits. Risks had increased and were heavily weighted to the downside. Co-ordinated policy action by the G20 and others was needed to improve this outlook.

Six months earlier, the institutions had made progress on trade. A rallying cry came in the form of a jam-packed atrium listening to Foreign Minister Chrystia Freeland, Peter Mandelson and Ernesto Zedillo, who delivered a clear message that an open trading system was important to provide economic gains to fight poverty and deliver progress to the middle class. This year, a subdued audience listened to a dialogue between the IMF’s Christine Lagarde and the new US Treasury Secretary, Steven Mnuchin, for even a vague hint that the US administration was prepared to engage positively with the global community. Ms. Lagarde skillfully attempted to engage Mr. Mnuchin, who was polite but who did not, or could not, engage on substance beyond platitudes.

One example was on trade, where Mr. Mnuchin repeated the untrue claim that the US was the most open economy in the world and that Mr. Trump favoured reciprocal free trade, as opposed to an open trading system. Given that reciprocity and non-discrimination are the cornerstone principles of our current global trading system, one is left wondering what he was talking about.

In the International Monetary and Finance Committee communique, the pledge to fight protectionism found in previous communiques, was redrafted (following the G20 lead last month in Baden-Baden) to a more ambiguous call for enhancing the contribution of trade to our economies. Apparently, the other members were not ready to challenge the US on this issue, at least not now with trade battles brewing. While the previous pledge was not a prefect commitment, it reflected an important principle and now in its place, we have vagueness and ambiguity.

The progress achieved over recent years appears to be under attack; not only on trade, but on a rules-based system, on financial regulatory reform (a response to the last US generated global crisis) and on climate change. Sadly, there was not even much engagement on these issues as the US was largely absent from the myriad discussions during the weekend because they have failed to appoint people to senior positions in the administration. There was no one present to speak officially for them.

Equally preoccupying are the implications of the state of affairs for the upcoming G20 summit to be hosted in early July by Germany. Economic growth and migration, two of the most central issues of the moment and therefore for the G20, have largely been taken off the table by the Germans. Likely, their administration doesn’t want messaging on these issues to create political ripples in their country as they face fall elections. The US is now seemingly taking other issues off the table, too, or trying to reverse earlier decisions. Conversations with G20 officials displayed a weariness and frustration over prospects.

The G20, a group that’s called itself the premier forum for economic co-operation, is having to ask itself questions that are diametrically opposite to its stated policy objectives: How can Mr. Trump’s “America first” policy fit into the G20’s aim for co-operation? Will the G20 be able to survive another unproductive summit as a result of an unambitious presidency and an inward-looking US administration? And, given that China was the country extolling the virtues of an open, rules-based system at the IMF meetings, will America’s absence lead others over time to look to China for leadership?

These questions, whispered through the rooms of subdued meetings held in Washington, may be the harbinger of fundamental changes in global economic governance to come. As another observer said: “The train always appears on track, until it leaves the rails.”