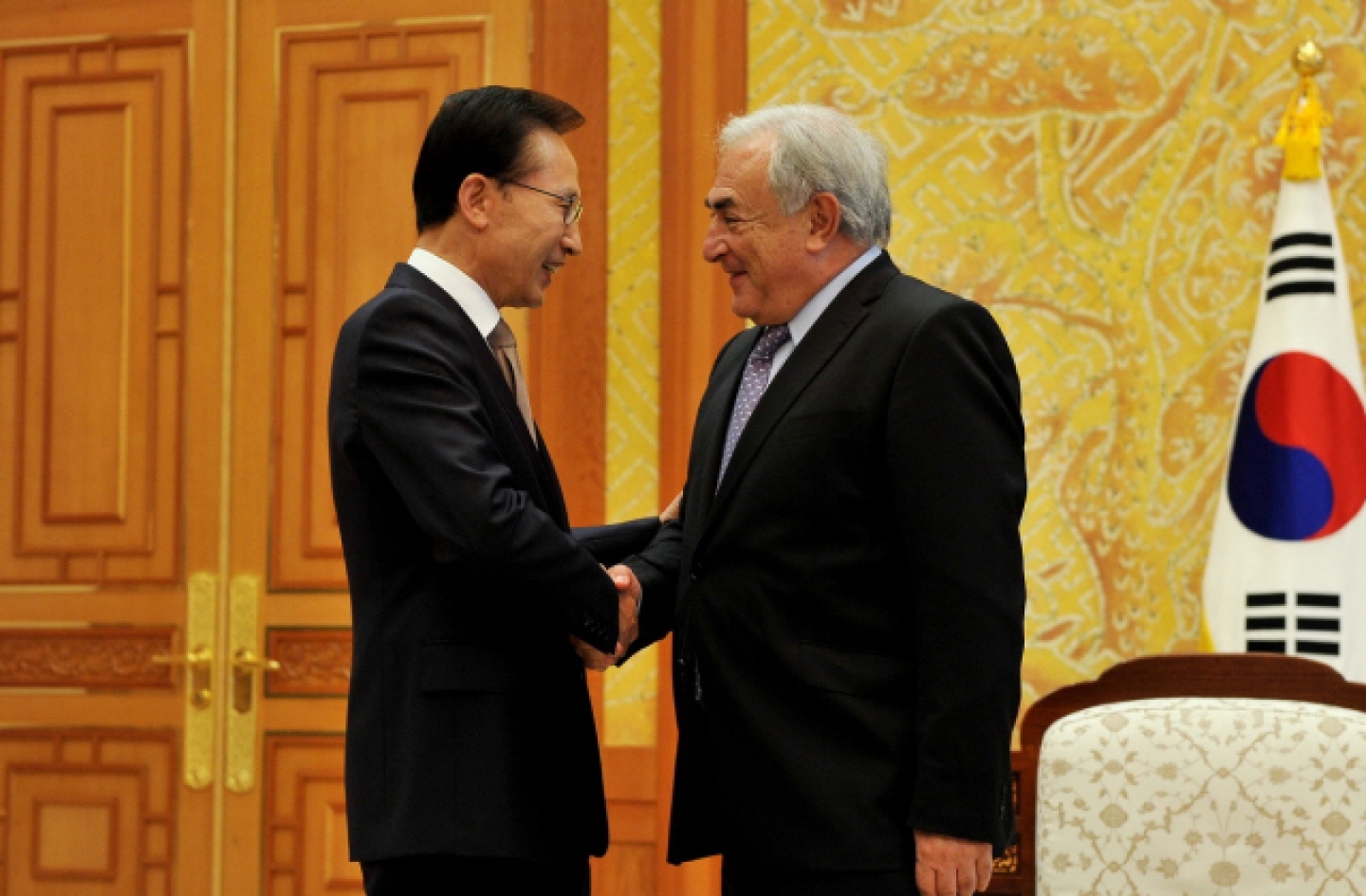 Looking ahead to tomorrow’s full day of sessions here in Seoul, it is useful to keep in mind Korea’s priorities for the G20 Seoul Summit, as presented by President Lee Myung-bak at the Davos Forum in January:

At a media briefing today, Deputy Minister of Foreign Affairs and Trade and Ambassador at Large for G20, Korea, Ho-Young Ahn, stressed that Korea’s first priority will be to follow up on previous commitments.  Such commitments include:

Korea also intends to bring new perspectives to the G20 tomorrow on development issues and on global financial safety nets.

The Korean Government has conducted proactive outreach activities toward non-G20 actors in order to share information on the G20 process and gather opinions from the broader international community.  Consultations were had with government officials of non-G20 countries, the UN, OECD, WTO and other IOs.

Past 'G' summits have been criticized for promising too much and delivering too little. With many ambitious priorites and even more challenges, will Korea's term as G20 Chair end on a high note tomorrow evening? However it ends, ongoing outreach and communication with non-G20 actors must continue to be a significant part of the G20 process to gather a wide range of views and opinions.