The conventional wisdom is that the internet is governed primarily by a model known as multi-stakeholder governance, in which decisions are made by a global community of interested and expert parties. Unlike traditional forms of international governance, this model purportedly affords no special treatment to governments and their self-interested, parochial and political views. This approach to governance is supposed to serve a mission to promote and extend an open and global communication network and views free expression as the ultimate good.

Over the past several years, so the story goes, the free and open, multi-stakeholder-governed internet has been undermined by self-interested states, led by China and Russia, who wish to control the internet within their borders. Making things worse is that these countries are exporting their censorship- and surveillance-laden “digital authoritarianism” to democratic countries, risking the destruction of the global internet. This trend toward a “splinternet,” following this line of logic, has risen exponentially with the United States’ early August decision to effectively outlaw TikTok and WeChat in the United States, and its announcement of plans for a “clean network” devoid of Chinese connections or companies such as Huawei. This final straw could lead, we are told, to “the end of cyberspace” itself.

In this story, parochial, authoritarian-tinged states are to blame for ruining the beauty of a truly global network.

This narrative may be useful for legitimizing the current internet governance framework, but there exists another way to understand these internet upheavals, one that will be familiar to long-standing observers of North American regional politics. It involves understanding the internet as having always been an American — not global — network, defined by and for American interests. Multi-stakeholder governance has always existed within these limits. When US perceptions of its interests change, so will the network.

This final straw could lead, we are told, to “the end of cyberspace” itself.

This dynamic exists because, in North America, and with respect to the internet, the United States is a hegemonic power, with the ability and desire to shape regulations in ways that reflect its views, values and interests.

The late, great Canadian political scientist Stephen Clarkson was as astute an observer of North American relations as the country has ever produced. One of his starting points, elaborated nicely in this 2002 Canadian Centre for Policy Alternatives paper, was that the United States, as the regional hegemon, was capable of unilaterally defining and redefining the overall context within which its neighbours, Mexico and Canada, operated. The two smaller countries have significant room to manoeuvre within this context, and are able to influence some of the rules, but the overall direction is set by Washington.

The United States has unilaterally altered the foundations of North American governance twice since the 1994 implementation of the North American Free Trade Agreement (NAFTA). The first was after the September 11, 2001, terrorist attacks, when the United States unilaterally altered the continental covenant to reflect a newfound (and borderline paranoid) interest in raising barriers to entry to the American “homeland” (a term that entered the US political lexicon at about that time).

The second involved replacing NAFTA, at the insistence of US President Donald Trump, with the United States-Mexico-Canada Agreement (the USMCA, or CUSMA, as Canadians know it). The conventional wisdom holds that the new agreement is mostly just NAFTA by another name, but this assessment downplays the magnitude of the changes to North American governance. The inclusion, in Article 34.7, of a sunset clause and mandates for regular reviews signals that North America is entering an imperial phase, in which Washington will have a much greater ability to influence its neighbours’ domestic policies, through the omnipresent threat of removing preferential access to the US market. The USMCA also gives Washington more power to influence its partners’ monetary policy and determine with whom they may sign trade agreements.

Both the development of internet governance — in particular, the emphasis on “internet freedom” as maximized interconnection and interoperability — and the seriousness with which people are taking the US administration’s TikTok/WeChat/Huawei pronouncements — are examples of US hegemony in action. Several scholars have pointed out that both multi-stakeholder governance and “internet freedom” reflect US values and interests. As Madeline Carr notes in her book US Power and the Internet in International Relations: The Irony of the Information Age, the internet’s multi-stakeholder governance is dominated by American companies and actors. Echoing her, Shawn Powers and Michael Jablonski’s book, The Real Cyber War: The Political Economy of Internet Freedom, highlights how “internet freedom” fits squarely within a century-old American policy designed to promote the dominance of American companies through easy access to foreign markets, in this case via a thoroughly commercialized internet — a point that I also develop in a further article with Jablonski. From this perspective, multi-stakeholder governance is underwritten by and inseparable from American hegemony. Actors can exert influence via multi-stakeholder governance, but they have to colour within the lines 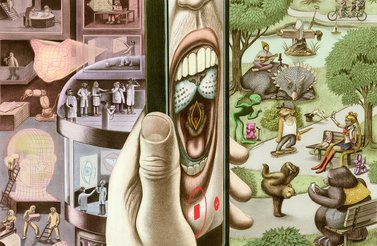 The essence of hegemony is the ability of the hegemon to change the rules when it so desires. American internet hegemony has both similarities to and differences from American hegemony generally in North America. The unchangeable fact of their geographic locations means that Canada and Mexico have little choice but to follow US flights of fancy in most matters. In contrast, US global internet hegemony has always been somewhat weaker and more contingent. For example, as Dwayne Winseck has observed, “ownership and control of core elements of the global internet infrastructure such as the fibre optic submarine cables, autonomous system numbers (ASN) and the internet exchange points (IXP) that constitute the guts of the internet, is steadily tilting [away from the United States and] toward the rest of the world, especially Europe and the BRICS (Brazil, Russia, India, China and South Africa).” Resistance to and even exit from policy areas dominated by the United States are more plausible for countries — particularly large countries like China — that are less tied to the United States than its two neighbours.

While China and Russia are challengers, it is the hegemon that has the most say over the internet’s overall shape. That US actions against TikTok and WeChat are being touted as game-changers suggests that analysts believe that the United States is, indeed, a hegemon. To the extent that the internet becomes the “splinternet,” it will not be because authoritarian challenger states have tried to seize power over the internet, but because the one state that has largely underwritten the entire project has decided that an internet based on its very self-interested version of “internet freedom” and maximized interconnection is no longer in its interest. When the hegemonic power decides that the rules change, they change.

The irony is that these recent US actions are likely to diminish, not increase, US internet hegemony and power. Hegemony is driven by interdependence, the creation of indispensable connections with the hegemonic power at the heart of the deal. By attempting to sever all ties with China, the United States is not only creating a more splintered internet. It effectively is putting China, and likely many other countries, outside its sphere of influence. Donald Trump’s expression of pure power may turn out to be the internet hegemon’s final gasp. 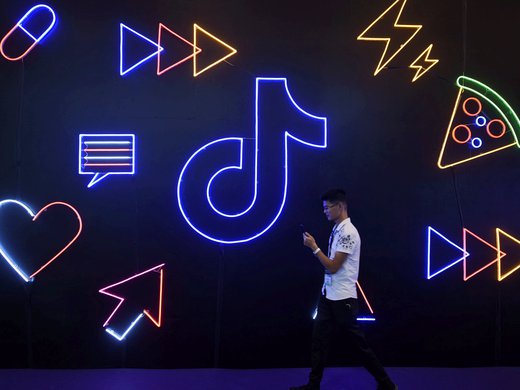 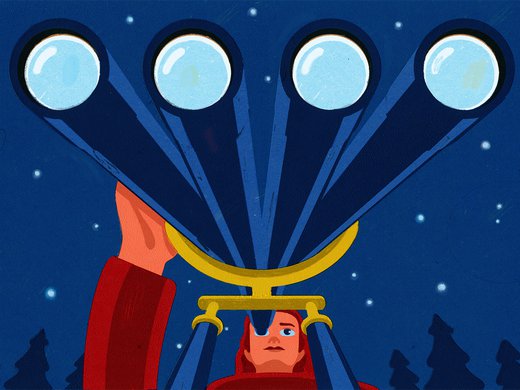 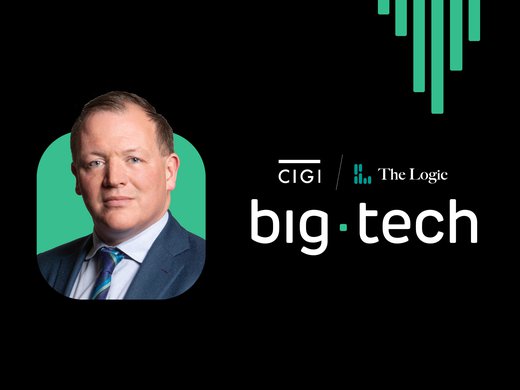