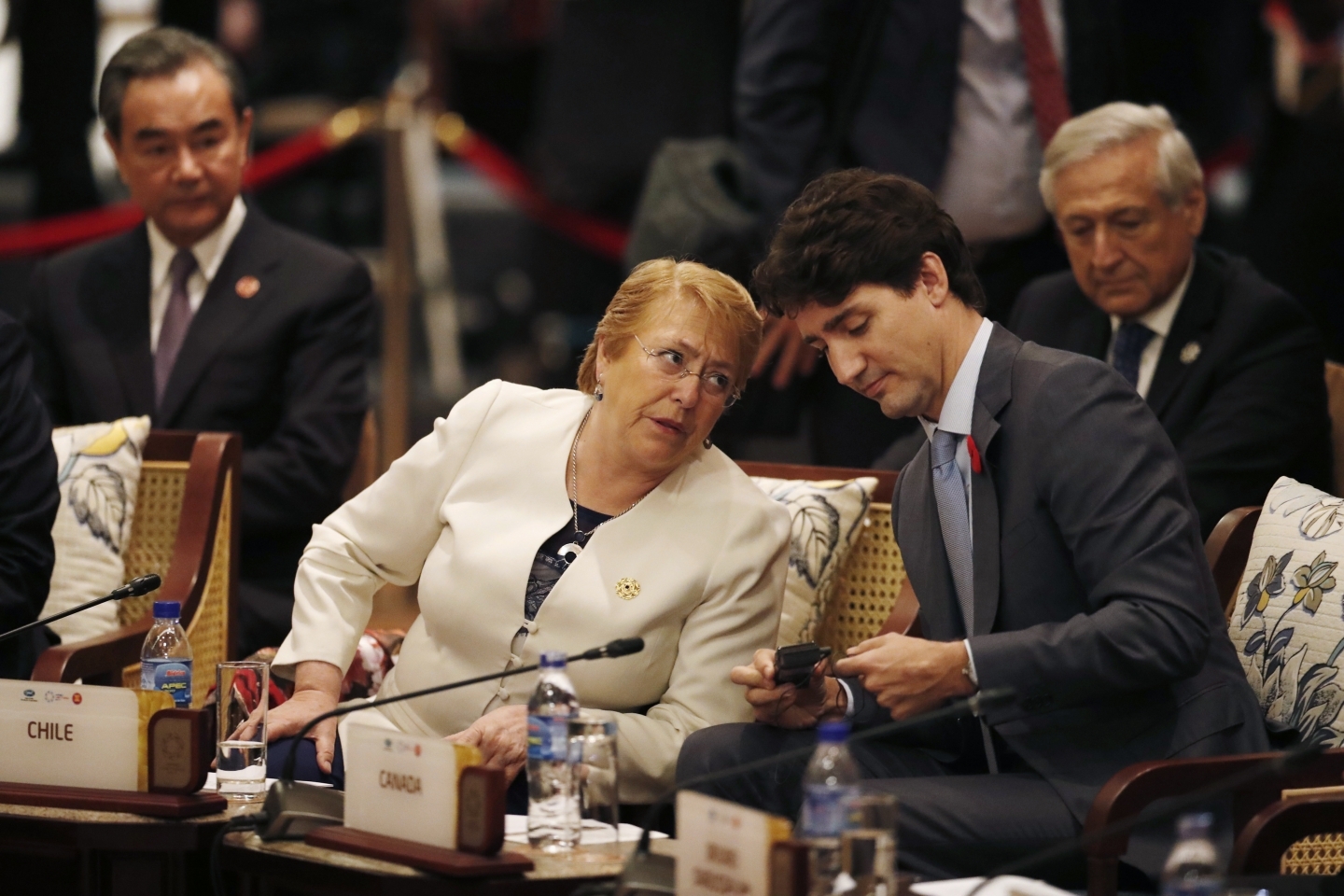 At the 2017 World Trade Organization (WTO) Ministerial Conference in Buenos Aires, 118 WTO members and observers agreed to support the Joint Declaration on Trade and Women’s Economic Empowerment. The declaration seeks to increase the gender responsiveness of trade and development policies by sharing policy experience to encourage the participation of women in trade, and by sharing best practices to analyze and monitor such participation. Actions taken to implement the declaration will also contribute to the UN Sustainable Development Goals (SDGs), in particular SDG 5 on achieving gender equality through the empowerment of women and girls.

To some extent, the goals of the declaration — cooperation and sharing of best practices to encourage women’s participation in trade — reflect those already found in regional trade agreements (RTAs), which have often been the precursors to global trade rules.

The European Union, Canada, Chile and the United States aren’t strangers to gender-considerate trade — of all the WTO members, they include the most of such provisions. The provisions range from cooperation on trade-related gender issues to efforts to improve women’s access to education, trade and entrepreneurial opportunities, as well as commitments to prevent discrimination in the workplace.

Most RTAs that have provisions on gender agree to cooperate on such matters, and in most cases, it is left up to the parties to decide on the most appropriate forms of cooperation. The approach to cooperation may also be different: the European Union tends to focus on education and training as a means to reduce gender discrimination, while the United States and Canada favour using cooperation to eliminate discrimination in employment. The European Union has also, in some of its Economic Partnership Agreements, created regional funds to provide assistance, inter alia, to promote entrepreneurship among women.

While such references to cooperative activities can be traced back to RTAs that entered into force in the mid-1990s, with gender being part of a number of issues on which the parties agreed to cooperate, more recently, there has been a shift toward more substantive sections or chapters specifically acknowledging the role of women in international trade. The recently agreed Comprehensive and Progressive Agreement for Trans-Pacific Partnership (CPTPP, formerly the Trans-Pacific Partnership Agreement) specifically acknowledges the role played by women in economic growth under its chapter on development. The parties agree to cooperate to enhance the ability of women, including workers and business owners, to fully access and benefit from the opportunities created by the CPTPP.

The agreement also provides examples of such cooperative activities and includes training and exchange of information on programs that help women build skills and enhance access to markets, technology and financing, as well as through women’s networks and best practices on workplace flexibility.

More substantive provisions on trade and gender have also been introduced in the recent amendment to the Canada-Chile Free Trade Agreement (FTA) and the agreement between Chile and Uruguay; both have been signed but are not yet in force. The amendment to the Canada-Chile FTA shows a substantive change to the original agreement, which has been in force since July 5, 1997. While the original agreement focused on cooperation between the parties to achieve equality between men and women in the workplace, including equal pay, the amended Appendix II goes significantly further.

Both agreements involving Chile acknowledge the key role that gender-responsive policies can play in socio-economic development and the importance of promoting gender equality policies and practices. The parties reaffirm their commitments to implement their international obligations, and the section on cooperation is much more extensive than in previous agreements. The agreements also go further than other RTAs in establishing an implementation vehicle for these policies, namely a trade and gender committee. Like other committees established by RTAs, its role includes reviewing implementation of the chapter and reporting to the commission established by the agreement. Finally, while the chapter is not subject to dispute resolution under the dispute settlement mechanism of the agreement, parties can resolve disagreements of interpretation and application through consultations.

While it is useful to understand the evolution of provisions relating to gender in RTAs, one should not lose sight of other provisions that have implications for women, including those that impact small and medium-sized enterprises (SMEs), trade facilitation and sectors in which women are active. According to some estimates, women entrepreneurs account for between one-quarter and one-third of global businesses, with a large share being SMEs. References to SMEs in RTAs mainly include cooperation between the parties to facilitate better access to export and government procurement markets, investment and intellectual property rights — all in an effort to improve linkages with global value chains.

However, even though RTAs try to facilitate trade and investment by SMEs, market access remains an important issue for activities in which women play a significant role. Textiles and clothing industries, for example, have seen less success in using RTAs to reduce barriers to trade.

Modern RTAs are also moving forward in other areas that have implications for women involved in various sectors of the economy. In addition, RTAs between neighbouring countries may be particularly accessible for women. With their knowledge of regional markets, language and culture, women may find it easier to tailor their products for consumer needs regionally. As WTO members prepare to implement the Joint Declaration on Trade and Women’s Economic Empowerment, they should look to RTAs that point the way forward on issues relating to gender in international trade.

Author’s Note: I am grateful to Anoush Der Boghossian for comments and suggestions on an earlier draft. The views expressed are those of the author and do not reflect the position or opinions of the WTO nor of its members.