Making Room for Developing Nations at the G8 Table 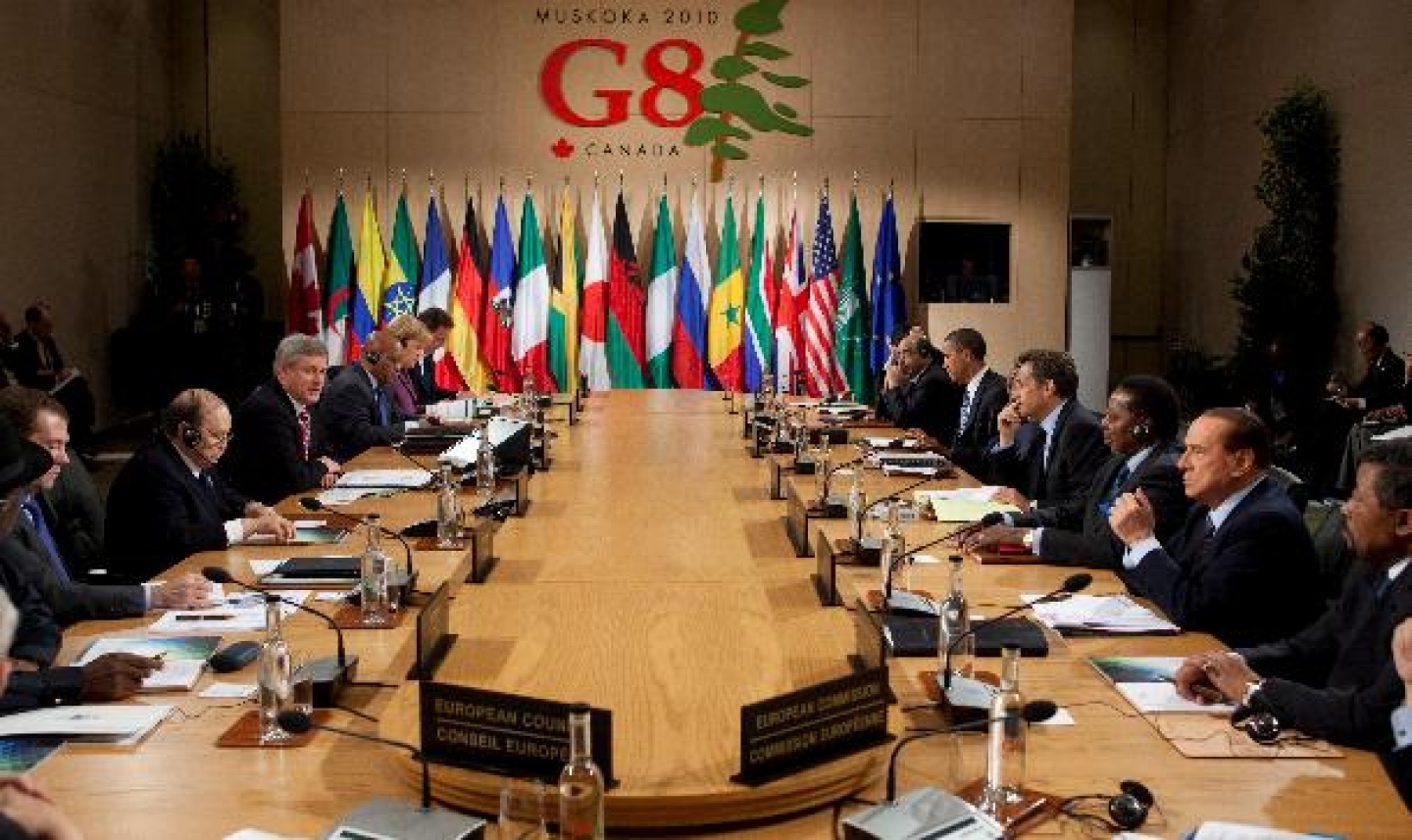 Many have questioned what benefits, if any, the G8 offers as compared to the G20. The G8 has tried to distinguish between the two summits by focusing its agenda on niche issues such as climate change, development and democratic governance

At Prime Minister Harper’s invitation, 10 non-G8 states are in Huntsville for special ‘outreach’ sessions that took place this afternoon. G8 nations engaged “African leaders as well as key hemispheric partners in order to broaden representation and maximize results on international development and peace and security issues. “ With a particular focus on development issues in Africa, maternal and child health (the Muskoka Initiative) and security issues in South America, invitees for these sessions include Algeria, Egypt, Ethiopia, Malawi, Nigeria, Senegal, and South Africa along with Colombia, Jamaica and Haiti.

Opinions are divided as to whether including these developing nations in talks with the world’s “most industrialized” states will produce any tangible benefits. Some are claiming that the inclusion of these nations is merely “window-dressing” and it will only result in more hollow promises of aid and equitable trade practices which are never quite fulfilled. For instance, the $50 billion pledged by the G8 nations at the 2005 summit in Gleneagles, Scotland, is still facing an $18 billion shortfall towards meeting the UN Millennium Development Goals (MDG) on poverty.

Is the inclusion of a few developing nations merely bloating the G8 to provide some legitimacy to its discussions? Africa, in particular, is being left out of more substantive discussions. Even in the G20, South Africa is the only representative of Africa’s 53 nations. African nations are demanding to have a greater say in the proceedings in order to put pressure on more wealthy nations to follow up on their pledges.

An additional concern is the basis on which these developing nations are being invited. Tradtionally, the choice almost entirely lies with the G8 host nation. Many commentators are claiming that PM Harper has chosen to only invite nations which align with Canadian foreign policies. For example, aid-recipients Haiti, Jamaica and Colombia have just signed free trade agreements with Canada. Others see these invitations as a way to curry favour with emerging nations and developing nations in order to seek support for Canada’s bid for a seat in the Security Council, the outcome of which will be known this fall.

There needs to be a more accountable and transparent system of involving developing nations in G8 summits. As the G20 has moved in to take over the role of the primary global economic forum, the G8 must focus on legitimizing its focus on other areas such as development and security. Perhaps in this way, it will be able to ward off the death knells for a bit longer.

Asfia Tareen is a research officer working on the UN Reform project at the Centre for International Governance Innovation. She has a BA in International Studies from Glendon College, York University.