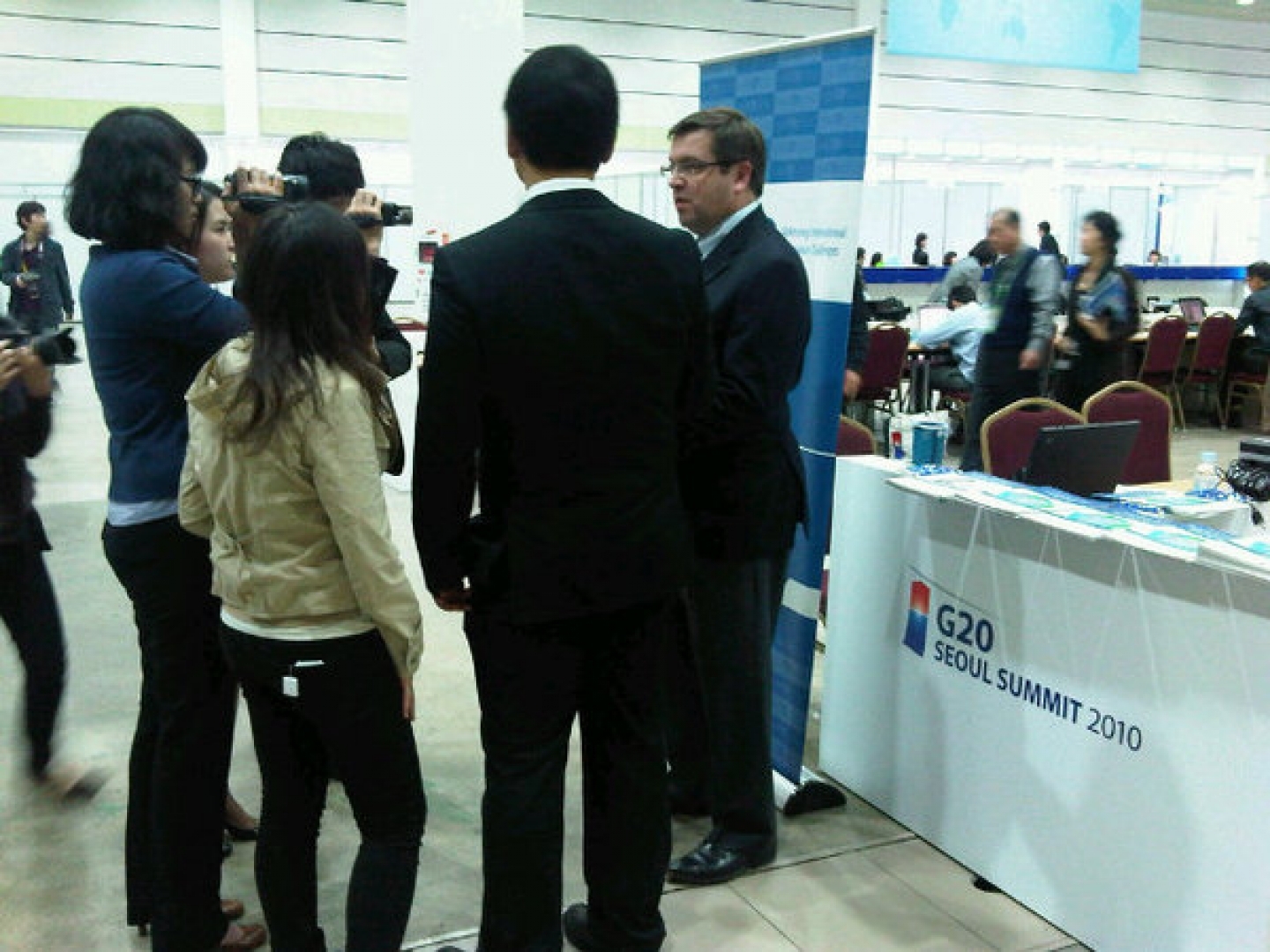 WHAT:  While the G20 pledged new measures to include low-income countries in future growth, its leaders are having a tougher time figuring out how to address imbalances among themselves.  Work on financial regulatory reform is incomplete.  At best, this summit resulted in clearer indications of steps countries could take to reduce imbalances.

Expert analysis and comment, on the final communiqué of the G20 leaders in Seoul, from:

WHO:  Gregory Chin is a Senior Fellow at CIGI, a Faculty Associate of the York Centre for Asian Research.  He is Assistant Professor in the Department of Political Science at York University, where he teaches global politics and East Asian political economy. Prior to joining York University in 2006, Dr. Chin served as a diplomat in the Canadian Embassy in China, responsible for Canadian foreign aid to China and North Korea.

Daniel Schwanen is an economist, project leader, author and advisor specializing in economic growth and international policy issues. He holds degrees in economics from the Université de Montréal and Queen’s University in Kingston, Canada.  Prior to joining CIGI, Schwanen was International Economist at the CIBC in charge of country credit risk and macro-economic forecasts for Western European and Japanese economies. He occupied senior positions at the C.D. Howe Institute in Toronto and at the Institute for Research on Public Policy in Montreal

WHERE:  CIGI is located in Hall A of the Media Centre, near the link to Hall B.  Look for the CIGI floor sign