With Merkel Weakened, Expect Germany’s Retreat from the International Sphere

After Sunday’s election, Germany is less likely to urge cooperation in global finance — and more likely to put itself first. 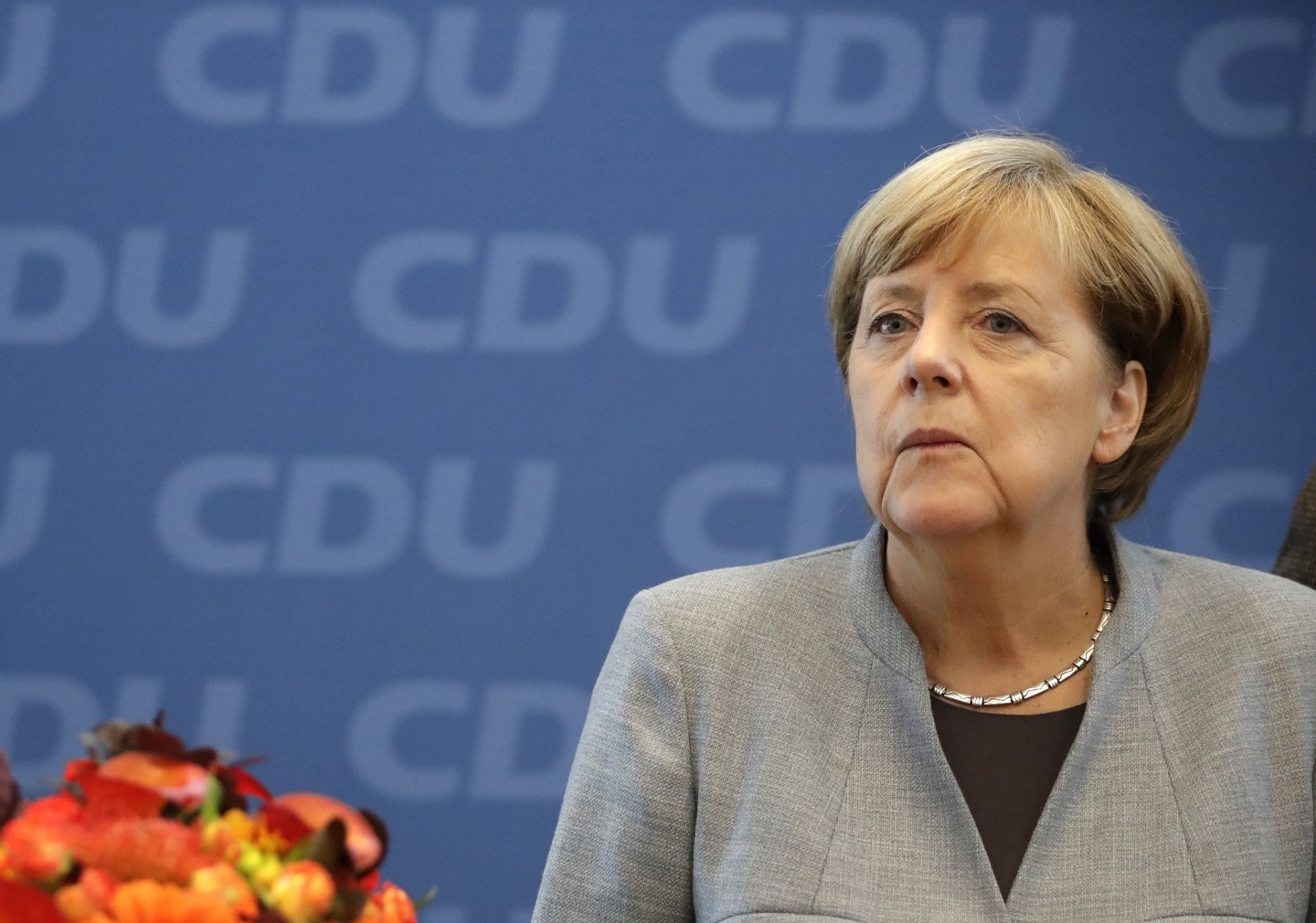 German Chancellor Angela Merkel looks on prior to a meeting of the CDU in Berlin. (AP Photo/Matthias Schrader)

Germany has now descended into the unfortunate political Western mainstream. After Sunday’s federal election, the largest economy in Europe joins a club with too many members. The list of countries with weak and divided governments includes the United States, the United Kingdom, Italy, Spain and the Netherlands. Germany’s entry is bad for the world, especially for global finance.

The election results were dramatic. Between them, the two leading centrist groups collected only 53.5 percent of the vote, 21 percentage points less than in 2013. The smaller centre-left Social Democratic Party plans to depart the existing coalition government, leaving veteran centre-right Chancellor Angela Merkel to search for a new coalition with at least two mutually opposed smaller parties.

The details are German, but the pattern is all too familiar. While the reasons for the political malaise of liberal democracies are disputed, the pattern is well established. It is firmly international, as is appropriate for an age of globalization. All around Europe and in the United States, traditional parties have lost vigour, integrity and appeal. In France, which actually has a theoretically strong president in Emmanuel Macron, the old Socialist Party has almost withered away. Elsewhere, including Germany, the purveyors of the old consensus are hanging onto power, but the centre is losing ground to less moderate rivals.

Merkel has promised that the new German government will not include the right-wing Alternative for Germany (AfD), now the country’s third-largest party. Still, it garnered 13 percent of the vote, enough to bring influence. The Christian Socialists, the further right side of Merkel’s own grouping, want a rightward shift, although the party’s leaders would certainly not endorse AfD’s campaign poster of a heavily pregnant pale-skinned woman with the caption, “More Germans? We make them ourselves.”

Considering the strength of nationalism and anti-immigrant sentiment, the new government will inevitably be more determined to put Germany first. The resulting decline in the nation’s internationalist tendencies will be concerning for the rest of the world.

Merkel has become, if only by default, the most credible and articulate representative of the conventional liberal consensus — strong democratic welfare states at home and strong trade and political ties abroad. She has continued the German national tradition of reluctantly sacrificing narrow national interests for European and global ideals, most recently in supporting the single currency in 2012 and in welcoming refugees in 2015.

Of course, Merkel is above all a domestic politician — she led her party to four election victories by appealing to German voters, who are only mildly more internationally minded than their peers in other developed economies. Her globalist gestures have always been cautious. After this election, they will be more cautious, and probably less generous.

For the European Union, a modest German retreat into greater political domesticity is unlikely to make a dramatic difference. The pace of movement toward mutual fiscal and financial system support may change from slow to glacial. However, the bureaucracy of Brussels will continue to construct a more unified market, including in financial services. The planned exit of the United Kingdom from the European Union seems to be increasing the group’s harmony and drive.

The rest of the world is a different matter. At best, modern Germany was always a reluctant global leader. It has the wrong history, and no military might. National modesty, or perhaps a too-limited national perspective, has led Germany to punch below its weight in global industrial coordination (with the exception of an ill-fated promotion of diesel automotive engines).

In finance, a largely not-for-profit banking system and some embarrassing casualties in the last crisis have helped keep German companies from the global forefront. Deutsche Bank, a national institution that hypothetically could have become a world leader, has been unable to transform its German strength into a successful global franchise.

Still, the past does not have to determine the future. Had Merkel been popular enough to resist the international trend to political sclerosis, she and the German establishment might have risen to the global challenge. With the Americans and the British crippled by Donald Trump’s self-destructive isolationist tendencies and Brexit, respectively, there is certainly a gap to be filled. Now, though, Merkel will not have a strong enough mandate to try.

The resulting political shortfall is particularly relevant to finance, an industry global in scope and power but not in governance. During the 2008 financial crisis, there was no effective regulator to organize cross-border support for the hugely international banks that were spreading trouble across borders. A joint and firm political commitment from the leaders of the most important countries eventually helped, but its negotiation had been ad hoc.

Another similar financial crisis is certainly possible. There are already high debts in many countries, and interest rates are starting to rise. While the global financial structure is somewhat more resilient than a decade ago, in an emergency the politicians would still have to do the hard work of countering fear and sharing pain. With a weakened Angela Merkel, that work will be a good deal harder. 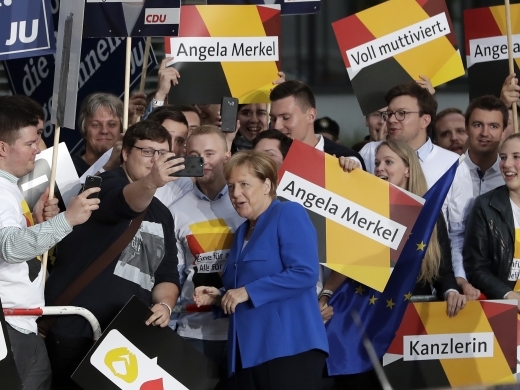 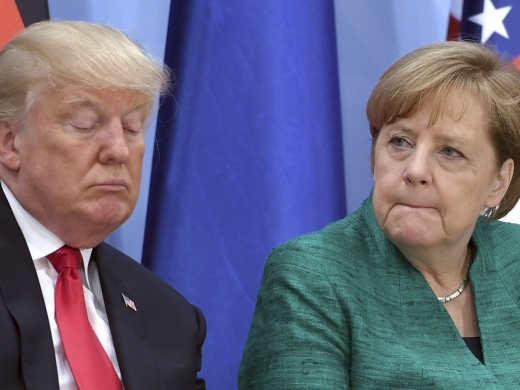