Misinformation Is Shaping the Colombian Election

In Colombia, a cohort of less-than-reputable sources say that, if elected, leftist presidential candidate Gustavo Petro, will force families to share homes larger than 65 square metres. They also say that Iván Duque, the right-wing candidate and favourite to win the presidency, is in cahoots with senior voting officials to rig the election. They say he will raise the pension age and impose a tax on motorcycles.

These examples of fake news and misinformation have been circulated heavily among the Colombian public in the run-up to the country’s elections. The historic presidential vote — the first since a 2016 peace deal was signed with the Revolutionary Armed Forces of Colombia (FARC) — has been hugely divisive. Centrist hopefuls have fallen by the wayside, leaving the most bitterly opposed candidates, Duque and Petro, to fight it out in the second round of voting on June 17.

Like other recent votes elsewhere in the world, the campaign has been hugely shaped by social media and the proliferation of fake news, misinformation and online aggression. The rise of technology and its impact on the democratic process is believed to have been hugely influential — and damaging.

Many Colombians, knowingly or not, have come across election-related fake news and misinformation on some kind of social media platform, be it Twitter, Facebook or the messaging service WhatsApp. And, as occurred in 2016 in the Brexit referendum and the American election, Colombia has become deeply polarized, which some experts put down to the influence of technology.

“Twitter and WhatsApp chains are [the] worst thing to have happened in this election in Colombia,” says Oscar Palma, a professor of political science at Bogotá’s Rosario University. He believes social media incentivizes the creation of political marketing around very strong discourses, which will always find some support.

The logic behind this strategy isn’t a new concept: social media creates an echo chamber, where people can go to validate what they believe and immediately discount what they don’t. The echo leaves them highly vulnerable to consuming — and believing — misinformation.

Palma continues: “The damage that social media has made to the political culture of Colombians is very deep and social networks have affected this political process in a very bad way.”

Carlos Cortés, a consultant on internet policy and social media, reiterates this view: “People are not used to consuming information in a responsible or strategic way. Many people are just getting their political information from WhatsApp. Which is crazy.”

Repeated messaging on social media has served to reinforce the notion — pushed by the country’s right wing — that a Petro presidency would set Colombia on a path similar to neighbouring Venezuela. Mismanagement and corruption in the Andean state has caused hyperinflation, sparking shortages of food and basic goods and the migration of millions of citizens. But political experts largely agree that it is a wild exaggeration to say Petro would do this, and that such a theory ignores the complex causes of the Venezuelan crisis.

Conversely, Duque has had to constantly fight off accusations that he is the warmongering puppet of his mentor, former president Álvaro Uribe. The strongman figure, who led the country from 2002 to 2010, has repeatedly been forced to take to social media to deny the claim and promote Duque as “his own man.”

Similar polarizing patterns have been observed in important votes elsewhere in the world, but some aspects are unique to Colombia.

In particular, a “ridiculously high number of people” are rejecting Petro because of his M-19 (a Colombian guerrilla movement) credentials, Palma says. He points out that that when Antonio Navarro Wolff, another former M-19 member, stood for presidency, the response was much less vitriolic.

“Only now is this being used to discredit a candidate, saying you shouldn’t vote for this guy because he was a guerrillero,” Palma says. This messaging has been used to equate Petro with being a murderer and allied to the FARC. “This is an effect of social networks, it wouldn’t have happened without them,” Palma adds.

The use of WhatsApp — which is nearly for free on most Colombian phone plans — has also heavily affected the debate.

According to a 2017 study by Freedom House, nearly half of Colombians still do not have access to internet causing limitations for some platforms’ reach. WhatsApp, however, is favoured by Colombians aged 14 to 65, according to a government survey.

“In digital, WhatsApp stands out,” says José Luis Peñarredonda, a researcher and journalist focused on social media and politics. He highlights that many Colombians belong to group chats on the service, which serve as an ideal way to spread political messaging, even if the group was originally conceived apolitically.

Multiple formats of media can be shared on WhatsApp, from audio clips to videos to memes. These appeal to all sorts of people — regardless of their social status, political involvement or education. And because people in WhatsApp groups are generally known to each other, it is uniquely effective in sharing political discussion.

Peñarredonda gives an example: “If a family group becomes a political place, it politicizes individuals. Many families have someone closer to politics, working in a campaign, or supporters of a candidate. These things start to filter down.

“It may not change people’s minds, but they become more politicized, more politically active, and this polarizes people more. And it happens in your pocket, in front of your nose.”

Cortés agrees that the increased use of social media is likely to have been a factor in Colombia’s polarisation. “While social media is not solely responsible for the way democracy is being manipulated, it does have a responsibility in terms of how the public debate is being built,” he says. 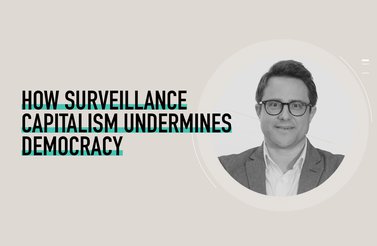 Others suggest misinformation is not new at all but that social media has simply given it an effective new medium through which to spread.

“Fake news has always been around, but in traditional formats,” says Carolina Botero, CEO of Karisma, an organization specializing in digital rights. “During the [2016 Colombian peace accords] referendum, most of the fake news happened outside of the social networks.”

Radio stations and loudspeakers were used to deliver propaganda to rural farmers at dawn, Botero says, persuading them not to vote for the peace deal.

Media groups such as La Silla Vacía and Colombia Check monitor and fact check misinformation, with a view to setting the record straight — particularly when the misinformation is spread by senior politicians. But their effectiveness is thought to be limited.

“It’s a very small effort, anything they will do will be unbalanced against the misinformation that is spreading,” says Cortés. Palma agrees: “They are only getting through to a special educated segment of Colombian population. In small towns, this will not be read. The national conversation is not affected by them.”

Social media has also served to spread hate speech and numerous death threats, some of which has been shared by the candidates themselves.

In April, the then-six presidential candidates came together to sign a pledge of non-aggression on social media, at the insistence of the National Council for Peace, Reconciliation and Coexistence. It followed research by voting monitor Misión de Observación Electoral (MOE) that found 20 percent of messages on social media during the March legislative elections were “laden with intolerance and polarization.” MOE said these “translated in a real way into an atmosphere of violence against candidates.”

These messages can be viewed as particularly problematic in the Colombian context, where political violence has long been a powerful force. The country suffered a civil war for five decades, resulting in the deaths of 220,000 people and the displacement of millions. And despite the country’s ongoing peace process, a record 121 social activists were murdered in 2017.

Peñarredonda believes the violence and hate speech is related to misinformation. “It’s part of the same messaging packages, the same discourse,” he says.

And while some doubt the link between violence online and in real life, Palma believes that narratives of hate, amplified by social media, increased the viciousness of the campaign.

He says: “When social leaders are killed and former FARC members are harassed, it’s because there is a discourse, which is pronounced by political leaders. And in identifying with this discourse, believing in it, people decide to act according to their own consciousness and own means.”

A normal reaction to a discourse might be deciding to vote a particular way, but at the extreme end can result in murder. According to Palma: “It does create a deep effect in those areas of conflict, where there are former combatants from one side and civilians in the same place.”

“If people are deeply steeped in these discourses, you will see these hatred and revenge cycles,” he adds.

So far, Colombia’s elections have been relatively peaceful. But politically motivated violence has been seen in other democracies struggling with the effects of hate speech and misinformation online. In the United Kingdom, the perpetrator of the 2017 Finsbury Park vehicle attack, Darren Osborne, was believed to have been radicalized, at least in part, by far-right social media posts.

While social media’s impact on Colombia’s democratic process does appear to be part of a wider pattern observed in other democracies, its current level of influence may not be sustained.

Peñarredonda has hope. He believes there is a growing awareness at the consumer level, and reduced naÏveté surrounding the spread of misinformation on social media.

Higher up, Facebook and Twitter have been scrutinized by governments in the United States, the United Kingdom and Europe for their role in spreading fake news — and their executives are at least beginning to respond to concerns.

Of course, the response may be limited to those places. Cortés fears Colombia, along with other Latin American countries and their specific contexts, could be neglected by the tech giants. “Most of the countries in the region are not going to get much attention,” he says.

This neglect is often reflected more broadly in the region sometimes dubbed “the forgotten continent,” where instability is, in many places, a near-permanent feature of political life. Depending on how policy makers and tech CEOs approach the proliferation of fake news in Colombia and globally, election-focused misinformation could become a standard part of political life, too.

Will Worley is a British freelance journalist interested in foreign affairs. He is currently based in Bogota. 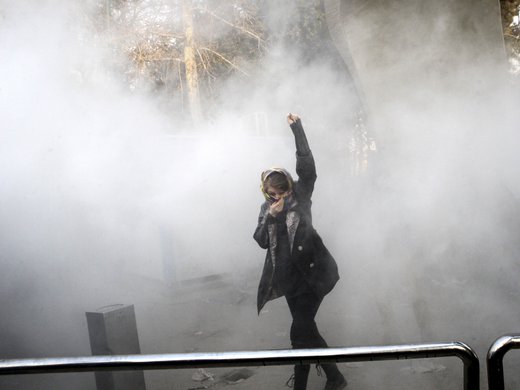 What You Need to Know about Internet Censorship in Iran 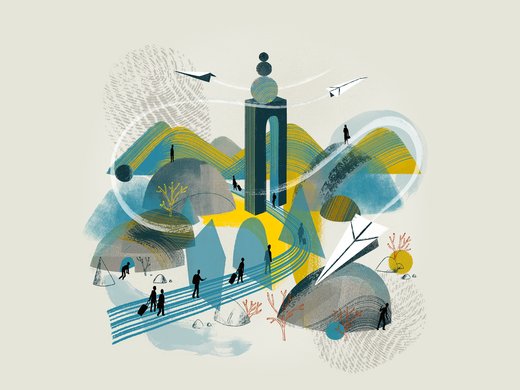 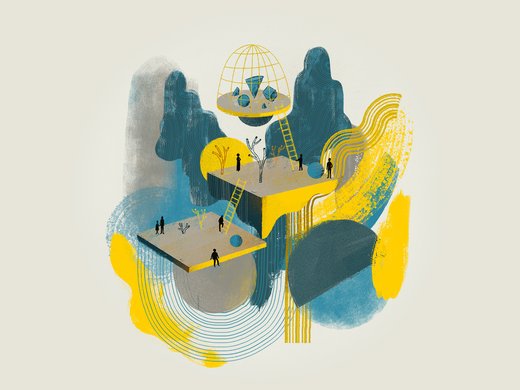