If Canada is to play a leadership role in its G7 year, it must be seen as an effective advocate of meaningful solutions to global problems 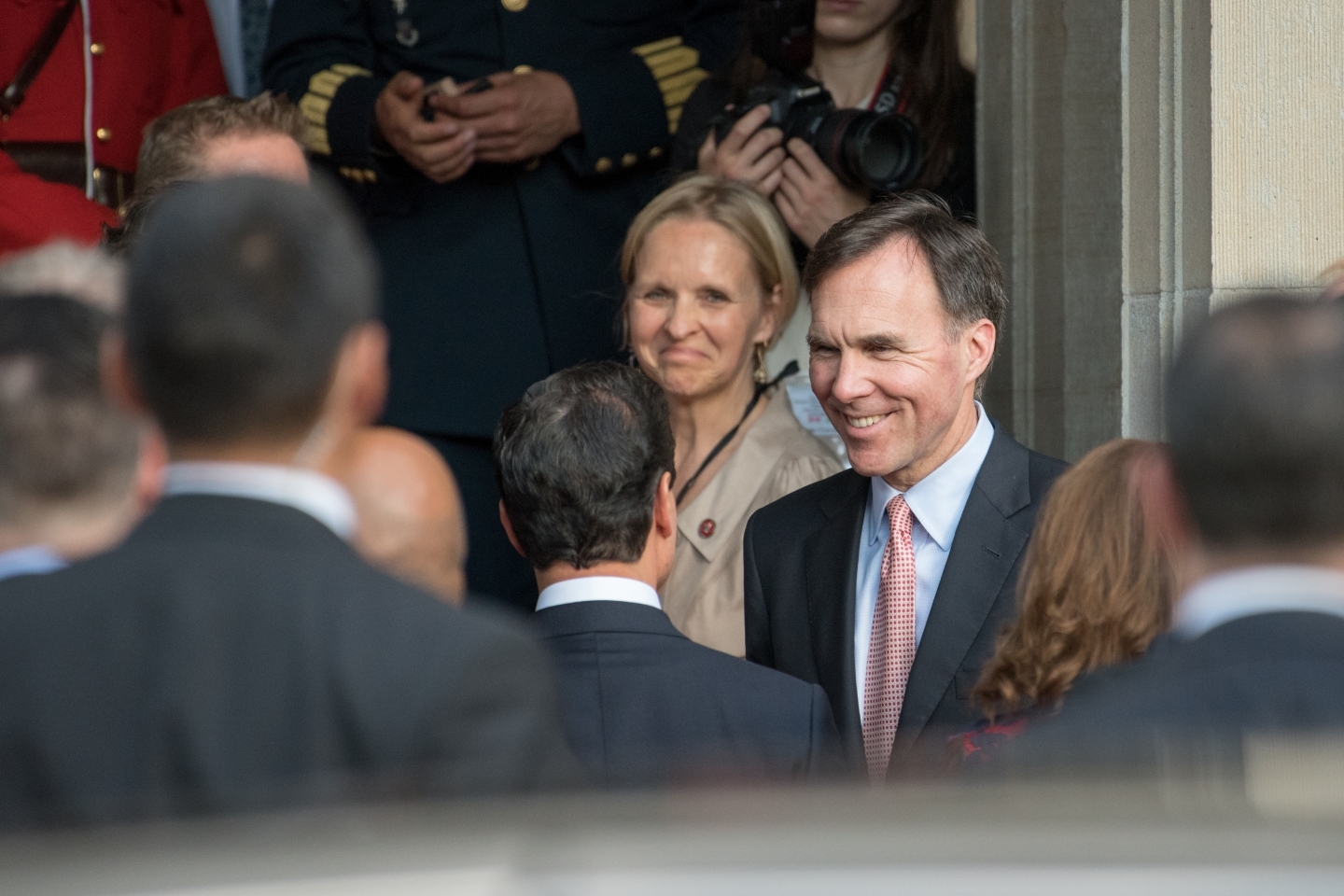 Canadian Finance Minister Bill Morneau faces a big challenge at the annual meetings of the International Monetary Fund (IMF) and World Bank this weekend in Washington, DC. The meetings could be an occasion for (restrained) celebration. For the first time in a decade, the global economic conjuncture is modestly encouraging, with all countries finally growing. But behind the positive outlook are two discomfiting facts.

The first of these facts is that the recovery from the global financial crisis was abysmal. Fully 10 years after the onset of the crisis, a large part of the global economy remains below full employment, with output still below potential. That poor performance accounts, at least in part, for the rise of economic nationalism that has been seen over the past few years. And as the international financial institution whose mandate is to promote growth, financial stability and full employment, the IMF is subject to intense scrutiny.

The second fact is that institutions that fail to deliver the objectives for which they were created are often consigned to the dustbin of history. This outcome need not imply an abrupt termination of the institution. A more likely scenario is a slow, steady slide to irrelevance as key members of the institution disengage from the locus of obligations it is designed to enforce. While that gradual scenario is not necessarily likely, much less inevitable, it is nonetheless a possibility.

All of this is a challenge for Morneau because Canada will chair the Group of Seven (G7) meetings next year. As the chair of the finance ministers’ process, he carries joint responsibility for the prudent stewardship of the global economy. He shares this responsibility with his Argentine counterpart, who chairs the Group of Twenty (G20) finance ministers’ and central bank governors’ process. Politically, the G20 has the legitimacy that the G7 lacks. Most important, the G20 represents a cross-section of countries at different stages of development and constituting the bulk of global output and population. The G7, meanwhile, is made up of seven rich advanced economies that remain key players in the global economy but whose relative importance is declining over time and whose combined population accounts for a small share of humanity.

Yet, when it comes to the IMF, Morneau will have an outsized role. This is because, with a combined share of just over 40 percent of total quotas (shares) in the Fund, the G7 constitutes a controlling coalition. Important changes will not take place without the G7.

At the same time, Morneau confronts the challenge of pushing reforms in the presence of a reluctant hegemon. Put bluntly, the United States under the Trump administration represents a new phenomenon. Reflecting its role in establishing and guiding the postwar international “rules of the game” for international trade and finance, the United States has a unique primus inter pares role in the international financial institutions. In fact, major changes to the IMF’s Articles of Agreement are not possible without the consent of the United States. This governance arrangement and the importance of the US economy and global role of the dollar meant that for much of the past 75 years the United States has acted as a de facto hegemon. Curiously, though, the Trump administration seems determined to disengage from the system.

The outlook is not encouraging: The international rules of the game need to be updated, while a reluctant hegemon withdraws the stability and prudent stewardship that has guided the global economy for the past seven decades. In this environment, if needed changes are not forthcoming, countries with large domestic markets may opt to “exit” from existing global arrangements, seeking stability in bilateral agreements with other countries at a similar stage of development. The decision by Beijing to establish the Asian Infrastructure Investment Bank (AIIB) suggests that the process is already under way. Frustrated by the slow pace of measures to accommodate China’s growing importance in the global economy within the existing institutions, the Chinese authorities unilaterally developed the governance of the AIIB and invited others to join. But, such efforts to protest the status quo are not new. Long-standing efforts to provide regional reserve-sharing arrangements reflect dissatisfaction with the rules of the game.

A fragmented global economy dominated by larger players operating within regional trade and finance arrangements poses an enormous threat for small open economies like Canada’s. Most worrying is the potential constraints on national sovereignty it could entail. A key benefit of the international system created almost 75 years ago is the trade-off it provided for the countries that participated: By pooling a small part of their sovereignty with others through the obligations they accepted, IMF members gained a measure of policy independence and the IMF’s assistance in dealing with balance of payments difficulties. Working within a rules-based institution allows smaller countries to join with others to promote and safeguard their sovereignty. That salutary effect could be in jeopardy should the IMF slide into irrelevancy.

Those are the stakes in IMF reform. It is why Morneau faces a big challenge. So, what should his game plan be as he goes into the IMF/World Bank annual meetings?

Most important, perhaps, he should resist the temptation to use the annual meetings to merely showcase Canadian initiatives for domestic consumption. The international financial institutions were created to resolve global coordination failures and provide key international public goods. If Canada is to play a leadership role in its G7 year, it must be seen as an effective advocate of meaningful solutions to global problems. Too often in recent years, Canada has not been as effective at the international table as it historically has been when it was widely viewed as “punching above its weight.” Part of the problem was a parochial approach in which, to misquote a former US House Speaker, the late Tip O'Neill, all policies are local. Morneau will not build a coalition within the G7 or the G20 if he is not prepared to address the problems that need fixing. Prime Minister Justin Trudeau’s intention to put Canada back on the international stage is a good start. It needs to be backed up with a relevant agenda.

That agenda should include four issues.

First, exchange rate manipulation. The poor economic performance of the global economy over the past decade has fuelled attacks on globalization and international trade. These attacks are sometimes based on claims that some countries (those with trade surpluses) are manipulating exchange rates, harming other countries through the imposition of trade deficits. As the international institution charged with the responsibility of monitoring exchange rates to prevent manipulation, the IMF is at the core of this debate.

Those advocating economic nationalism, however, would embed determinations of currency manipulation in bilateral (or plurilateral) trade agreements. The risk in this option is that such decisions could become narrowly based on short-term bilateral trade balances, rather than on long-term broad macroeconomic factors, as should be the case. In this event, the larger country would exert influence over its smaller counterparts. The smaller country would lack the protections that rules-based institutions such as the IMF provide. Moreover, there is a real risk that the international trading system is lost to managed trade intended to ensure “fair” and “balanced” bilateral trade. While this goal may sound reasonable, it could imply the loss of multilateral trade (and attendant loss of production efficiency) and the politicization of international commerce.

This outcome is not preordained. But if the IMF is not viewed as effective in monitoring exchange rates and enforcing members’ obligations to eschew currency manipulation, efforts to code the issue in the DNA of bilateral trade agreements will continue.

Former IMF Managing Director Michel Camdessus proposed that the Fund be given jurisdiction over the capital account, ending the asymmetry, on the eve of the Asian financial crisis 20 years ago. His proposal was ill-timed in the sense that it was lost in the crisis resolution efforts that followed the outbreak of the crisis. Nevertheless, it identified a key issue that is overdue.

To some extent, work that has been done on crisis prevention and resolution, sovereign debt restructuring, and the IMF’s policy with respect to capital controls all apply to the issue of capital account jurisdiction. The time has come, however, to bring this work together for a stock-taking and assessment of what more needs to be done so that the IMF can better serve its members by assisting them in striking a felicitous balance between financing and adjustment.

The third item on the agenda should be a review of surveillance to address possible shortcomings in the process. A key objective should be to better integrate the multilateral macroeconomic surveillance that is routinely conducted by IMF staff into the bilateral discussions of individual countries’ policy frameworks. The role of the Fund in working with members of currency unions should also be considered. Here, too, consideration of amendments to the Articles of Agreement may be required.

The final item for Morneau’s agenda is governance reform. The most pressing task is to secure agreement on quota reform. To simplify what is an arcane and highly complex technical issue, this is the challenge of realigning members’ shares so that they better reflect the global economy of the early twenty-first century, and not the global economy of the mid-twentieth century.

On one level, this is a zero-sum game: one country’s quota share can only increase if another country’s share declines. That is why it is so difficult to come to an agreement — no country wants to give up part of its share and the influence that goes with quotas. But this zero-sum game can be played in the context of a larger positive-sum game of reforms, such as those suggested above, that enhance the effectiveness of the IMF. Failure to make such reforms could lead to the slow, steady demise of the Fund. Countries that stand to lose quota share can be enticed to cooperate if a reinvigorated IMF is seen as promoting sustained global growth and international financial stability.

Make no mistake, this is a thorny issue — one that prudent policy makers might well be advised to ignore — and a difficult agenda overall. But leadership requires taking on the issues that others would prefer to overlook. That is Morneau’s big challenge. 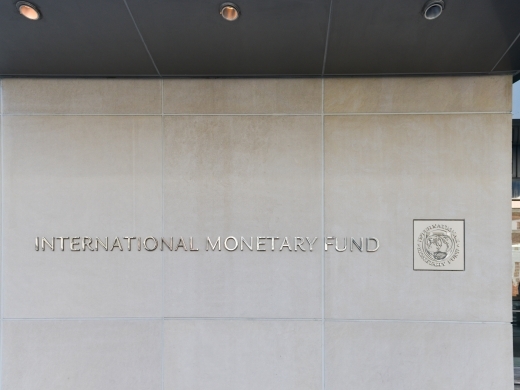 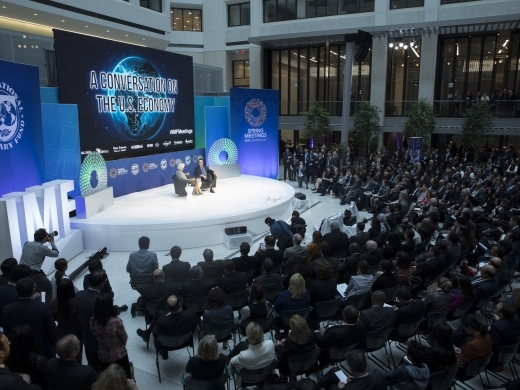